HomeReviewsFirst Drive of the All New Bentley Continental GT ...

Wait a minute; does time fly by that fast that we are already witnessing the 3rd generation of Bentley’s Super GT i.e. the Continental GT W12. And what better way than to tear down Ras Al Khaima’s Jabel Jais Mountains with 626 bhp and 900 Nm of tire shredding twist. If this isin’t close to motoring nirvana in this region then I don’t know what could be. Thus we set ourselves to a journey of epicness with the all-new Bentley Continental GT W12.

First Drive of the All New Bentley Continental GT W12 2018

First of all let’s get on with the revised W12, which has shed almost 30kgs, produces more power than before 626hp as compared to 585hp of the 2nd gen and more torque – now at 900Nm up from 720Nm. Though the engineers were able to trim down the fat from the power plant, the overall weight of the Continental GT remains the same as its predecessor as the saved weight has been redirected to more tech and safety enhancements. 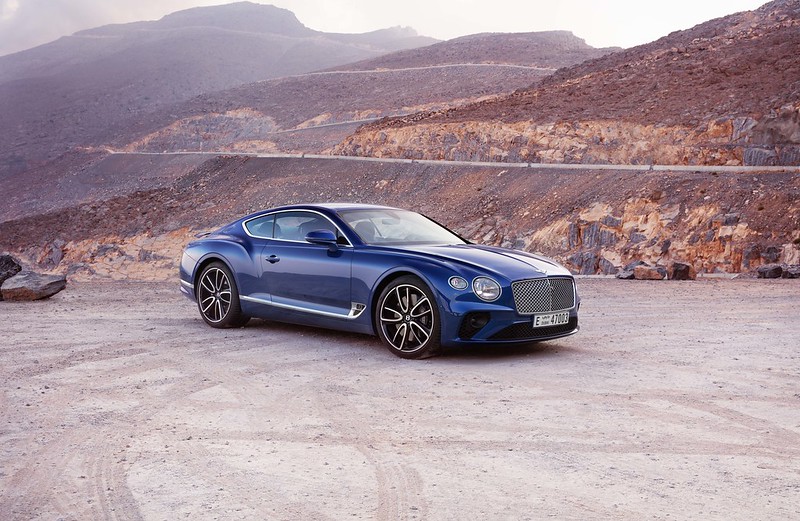 The Brits know a thing or two about building super GT’s. I mean they probably invented the term since the Aston Martin DB9 had been setting the benchmark for GT’s till Bentley came up with their Continental GT. With the recent intro of an all-new Aston Martin DB11, it did briefly, take the mantle back but now the playing field has been kind of leveled out between the new Continental GT and the DB11. You must be asking why, and we are convinced that it’s the marriage between German Engineering and British coach building which is the key. With Mercedes-Benz supplying the engine for the DB11 and the electronics, the Continental’s Audi inspired W12 married with a re-tuned 8 speed ZF dual clutch transmission the two cars offers similar yet very different take on what a GT should be. 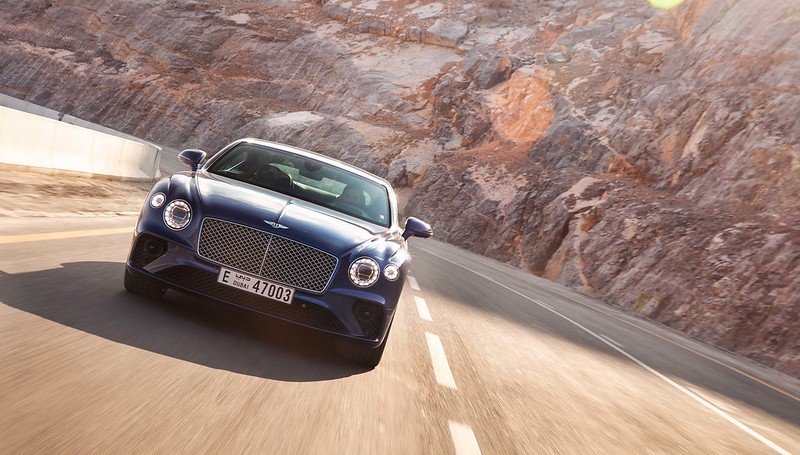 So what is a GT? GT literally stands for “Gran Touring” or “Gran Tourismo”. To be honest it was the Ferrari V12’s and the Alfa’s which were the GT’s of the 60’s. While it is common to believe that GT stands for “high performance” the actual truth is that  GT should not only have power but it should have comfort in mind. When we say comfort we mean as much isolation from the jars and bumps from the outside world as possible, no matter what the terrain is like. A GT is supposed to devour miles of highways and at speeds which will make the police interceptors blush as easy as cruising down Jumeirah Road at 70kmph. Yes a GT is all about grace and poise and comfort with looks that will engage the shutterbugs milling around Burj Khalifa Boulevard and Dubai Mall into a clicking frenzy. The new Bentley Continental GT is just that. It is a ‘car-spotters’ delight and will certainly liven up his/her Instagram posts. 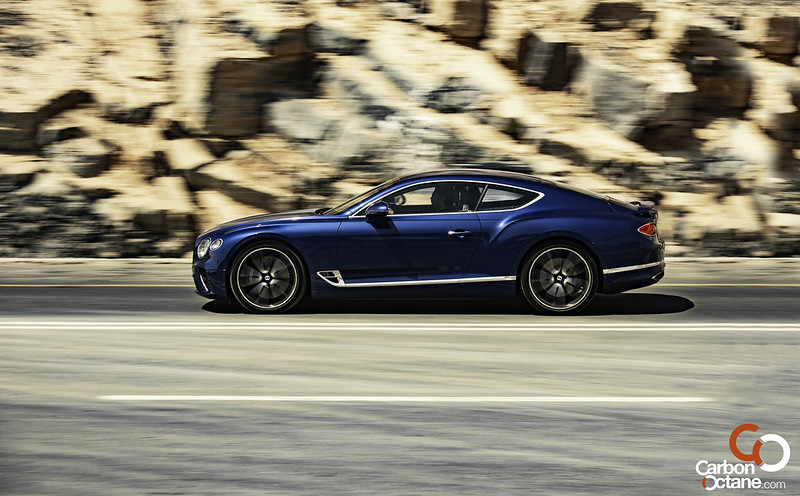 One of the biggest change is found in the interior where the dashboard looses the Bentley wing motif. This might take some time to get adjusted to as it was a common feature introduced since the Gen 1 CGT and is still present in the Bentayga. But apart from this, the interior is new and Bentley has somehow been able to up its game with attention to details on each element of the Continental GT’s interior. The highlight of it is a rotating digital screen, which is a cleverly crafted 3 face display that rotates to show 3 different faces. The first face is the trim detail, which can be wood and/or carbon fiber. The 2nd face is Bentley’s three elegant analogue dials displaying outside temperature, a compass and chronometer and the 3rd is Bentley’s largest ever 12.3 inch retina quality display which displays three configurable home screens i.e. Navigation, Media & Telephone.

But to be really fair, whether the dash even without the Bentley Wing looks superb. It’s like an HD feast for ones eyes. The analogue dials are replaces with visually authentic digital representation of the analogue dials followed by the huge digital infotainment screen and not to mention all this wrapped exquisitely with leather, solid metal, glass and wood. Don’t believe me, just have a look at the below pic and you would understand what a true definition of balancing the past with the future looks like. The interior has lost none of Bentley’s heritage while being adaptive to today’s tech savvy enterprise.

More so are the attention to details, which not only offer aristocratic visual indulgence such as the diamond shaped imprints but also provides for a sophisticated tactile experience each time you tend to play with the buttons. The leather, is as we know, comes from Bentley’s own tannery which raises their own cows and feeds them organic mumbo jumbo just to get its hide feel like a baby’s bum. Yes the cows are also allowed to roam free and not limited to a boundary set by barbed wires in case their hides get scratched. Food for thought, the next time you sit in any Bentley just remember that the hides have been lovingly catered for so that you can enjoy its buttery smooth feel. 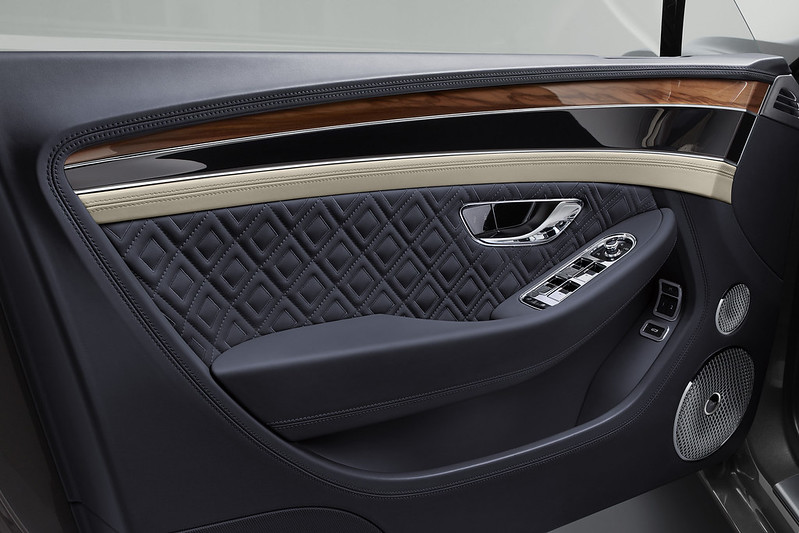 Now the million-dirham question, how does it drive? Well our stint at driving it at Jabel Jais Mountain range is not the ideal place to test out this rather heavy GT. But we were astounded at the pure tenacity of the push that comes with 900 Nm of torque. That’s 100 Nm more than the outgoing Continental Supersport. The Continental GT is not about tearing down tight chicanes but rather be extremely brutal in its way at devouring miles at high speeds while keeping the interior space, tranquil. Yes the long flowing curves suites the GT but when you tend to man handle it at the tighter ones does its weight show. The torque vectoring system grabs the inner wheels and tries to point the GT at the right direction works well, but the moment you go past its braking point thinking it’s a 911 you will be faced with some under steer. This is a trait that plagues heavy vehicles, especially those with AWD system, as its torque tends to plough forwards. 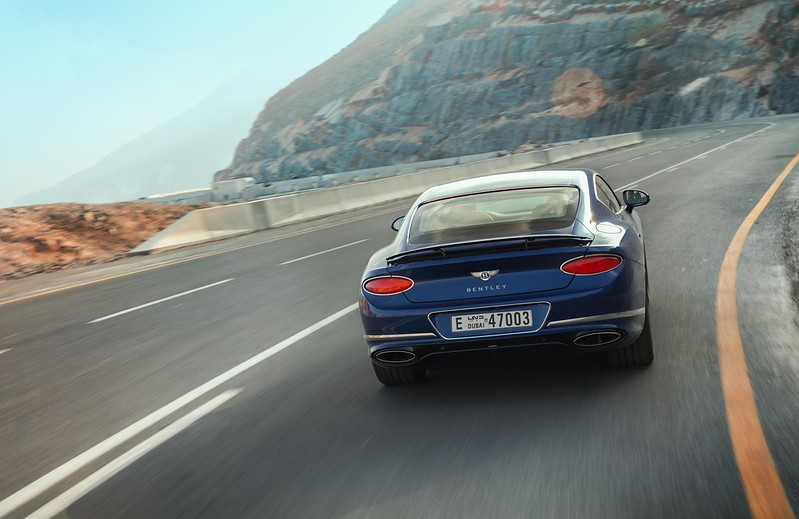 But you see our point; that is exactly what you do not want out of your GT. Unlike the DB11 which is more grounded and gives more tactical feel to its occupants, the Continental GT is just the opposite; it tends to cocoon its occupants in cotton candy. Cotton candy to its occupants but for someone waiting to click its pictures at those turns, they would be rewarded with a throaty rumble, and loud backfires as the Continental GT downshifts and ploughs out of a corner. It’s almost sacrilegious that the occupants do not get to fully sample the gorgeous note of the exhaust and the deep vase of the W12’s baritone note. 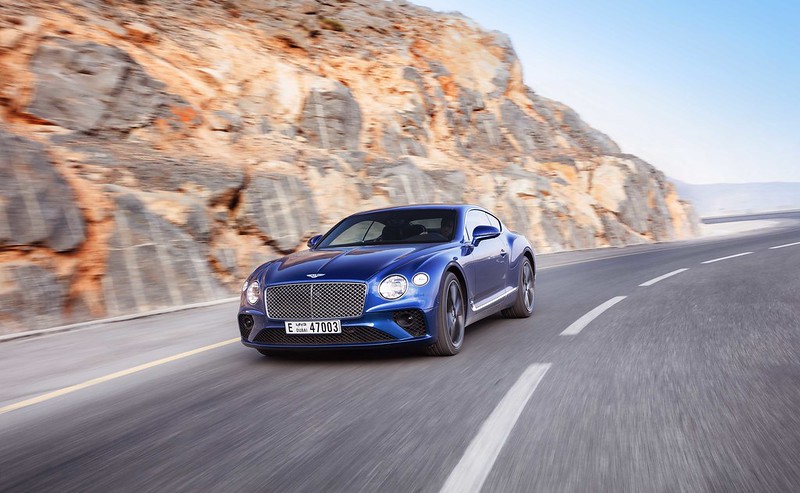 The 21-inch Pirelli P Zeros grip well and are brought to a halt with 10 piston calipers wrapped around what is the industries largest iron discs to feature on an production vehicle, it measures at a whopping 420mm. The Continental GT is still primarily a rear-biased system with 17% of torque getting transferred to the front wheels in “Sport” more and 36% during “Normal” mode. 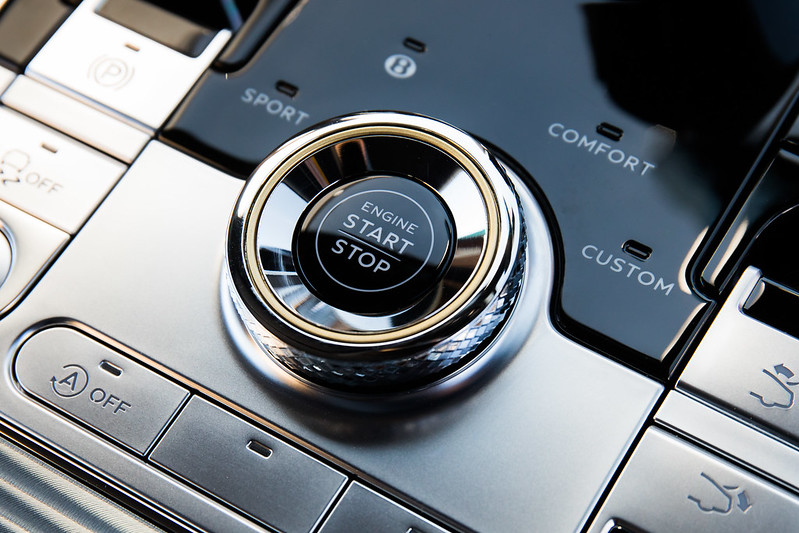 As for the sound system you can have either a 1500w Bang & Olufsen stereo or, if that seems a little tame for your taste, a 2200w Naim by Bentley system featuring 18-speakers and shakers is available too. Audiophiles would be rewarded whether they enjoy the classics of past masters or the thumping bass of today’s music’ whatever the preference to ones music is the 2200w Naim is probably the best we have heard till date thought the Bang & Olufsen is great as well, we thought that it was better at reproducing prefect treble and mid-tones rather than the lower frequencies, and we are a sucker for those deep bass. 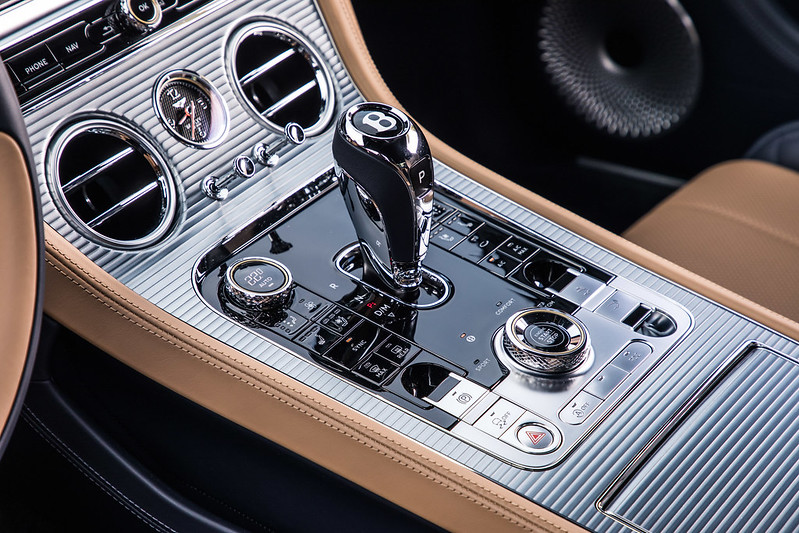 So there you have it, the 2018 Bentley Continental GT is an incremental leap to handle the requirements for the next decade as we assume that the life cycle of this platform to be around that long given Bentley’s past records. With smartphone connectivity for both iOS and Android and Bentley’s legendary take on high horsepower, high torque miles muncher and at a starting price of over one million dirhams, the Continental GT, like before, is for the selected few. And those few, we assume would have already opened up their wallets by now. 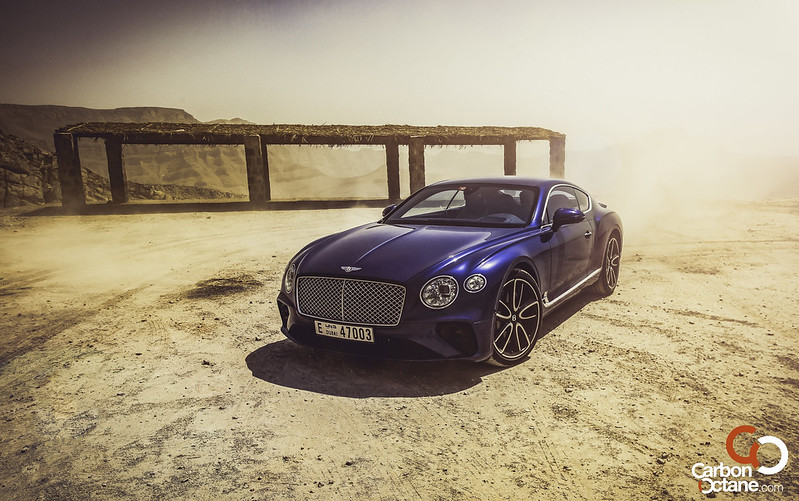 Price and Specs: First Drive of the All New Bentley Continental GT W12 2019