Infiniti has been transformed into a bona fide Premium segment automobile manufacturer, don’t just take our word for it, have a look at the gorgeous Q60 coupes and the recently launched QX50 SUV’s out on the roads. In creating this artwork that seems to transform fossil fuel into motion with poetry, Infiniti has finally come of age and went to the drawing board to dress up its aging 2nd Generation QX56, now known as the 2018 Infiniti QX80. 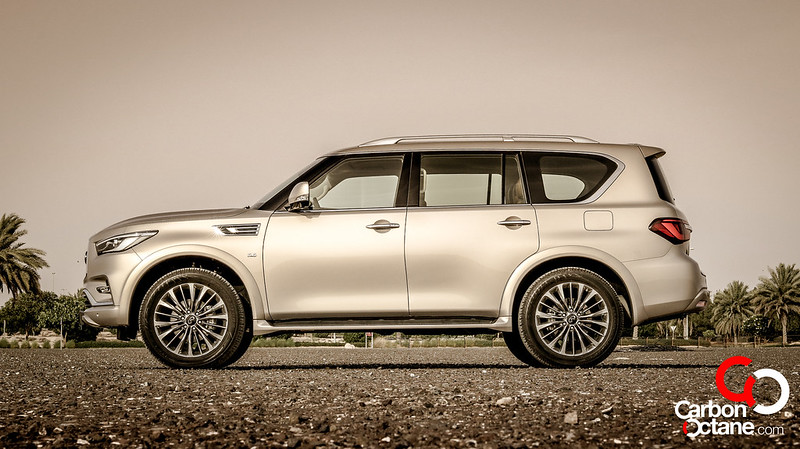 Yes, this 2nd generation Z62, it’s based on the Nissan Patrol which is codenamed Y62, has been out as long as the Patrol; and that’s 8 years. It’s a long time, 8 years, for any generation when competition is high and manufacturers tend to churn out new models in 5 years. Well that was in the past and with the recent downturn in global markets, it seems that the cost of developing all new models needs financials which are weighing heavily on every manufacturer. So it makes sense to nip and tuck their existing models in creating value and change for their customers. 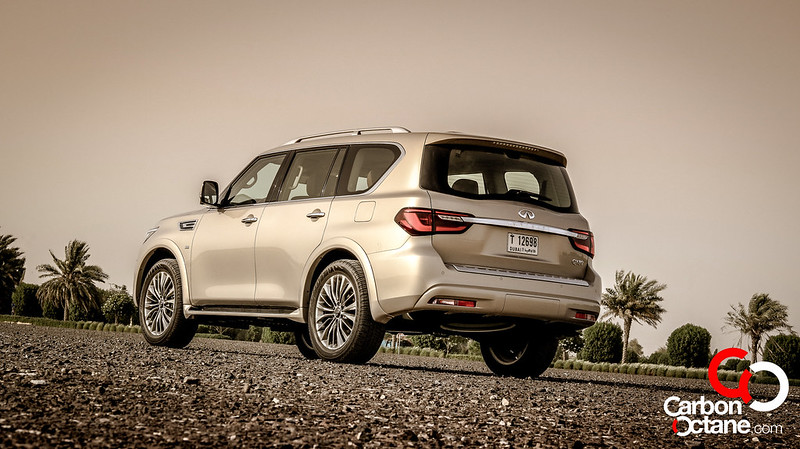 To be quite fair, the Infiniti QX80 prior to 2018 has been shall we say quite radical in its design. You either loved it or hated it. The headlights, which were placed towards the lower end of the front grill, did look awkward, the hood was too curvy which did nothing to hide the size of the SUV and the rear taillights seems like it was an overkill with excessive angles and curves which took away from the lines of the SUV. But that was in the past. 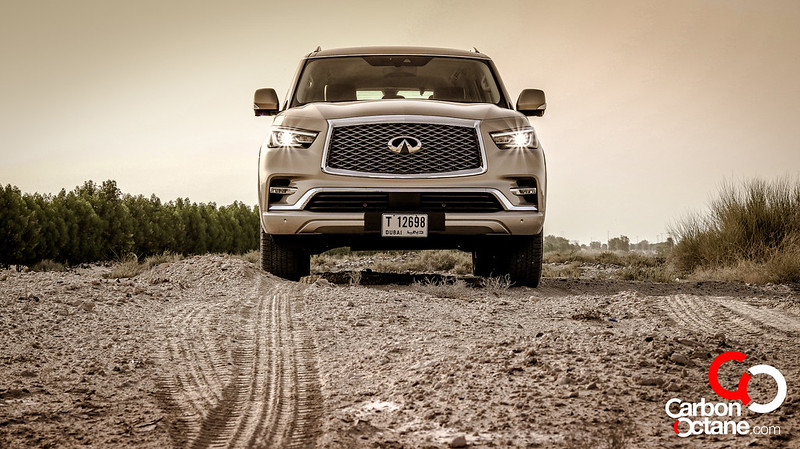 We are in 2018 now and Infiniti has created the 2nd face lifted QX80 which looks like what the QX80 should have been from the beginning. I can see resemblances towards its cousin, the Y62 Patrol, and looks like it has come out of a spa. The lines are sharper and dynamic. The headlights feel human with their LED insert that makes the shape stand out even more, much like linking the eyes with kohl to make it look more sensuous. The rear taillights are envelops the chrome strip, which is slimmer and rounds off the rear tailgate. 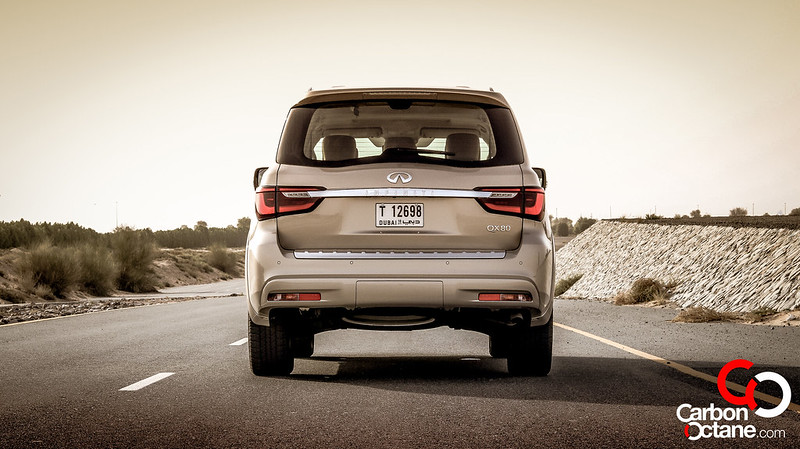 The interior gets minor changes, which actually accentuates its new exterior. The seats gets smother leather, which are diamond quilted which are also present on the door trim. The air bag gets leather wrapped, the gear shifter is taken from the QX60. These subtle changes talk volumes in terms of changes when experienced as a whole. You need to sit and absorb the essence of Infiniti’s new styling cues to understand what they are trying to communicate. 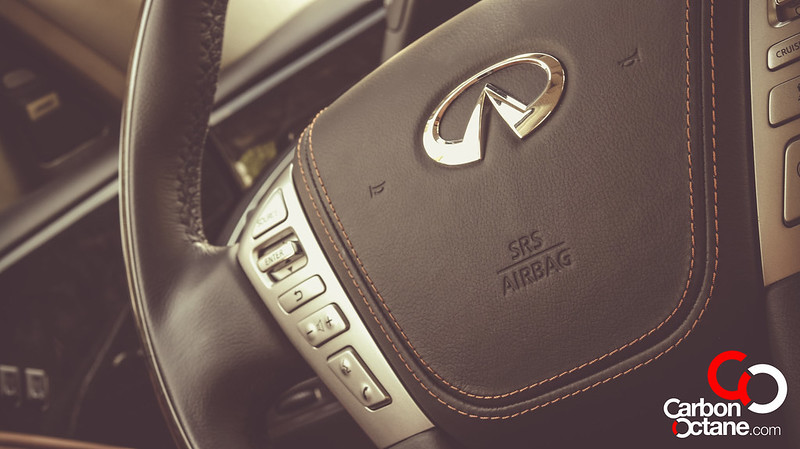 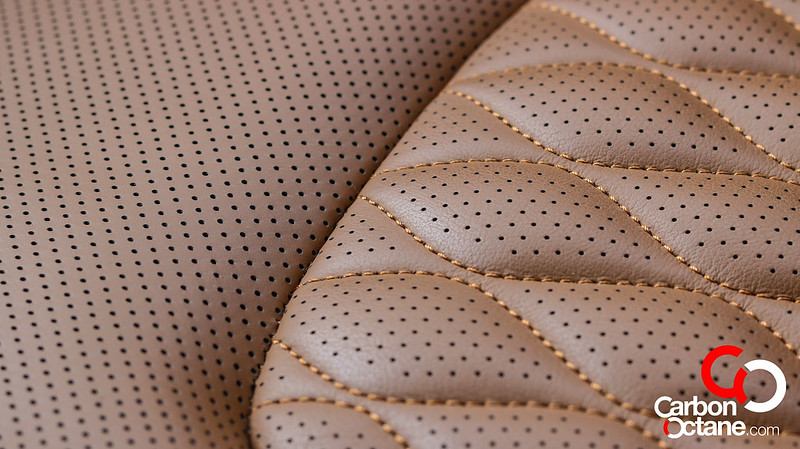 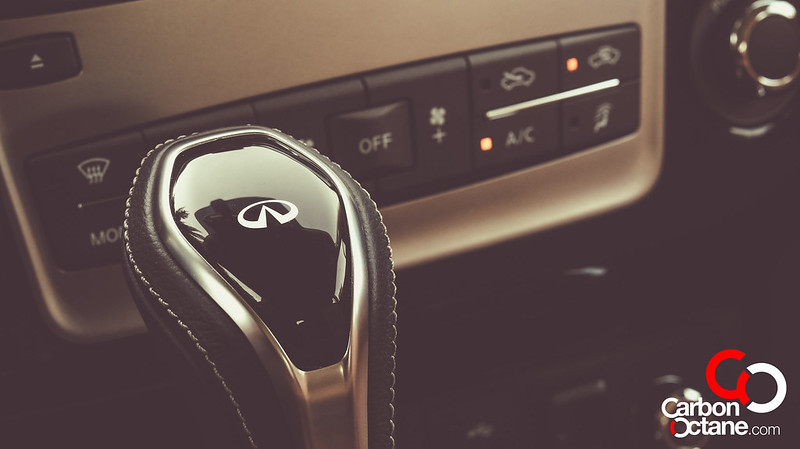 The power train is the same, 400 horses powers this 2.7 tonnes of Infiniti’s people carrier. But it’s eerily quiet as the QX80 gets an extra dose of sound deadening materials injected into it. This takes away most of the ambient noise from the outside and similar to the experience of Lexus’s LX570, the ride is butter smooth and tranquil. The 400 Hp, 5.6 liter V8 however is more enthusiastic in eating miles at a much faster rate than the LX570. 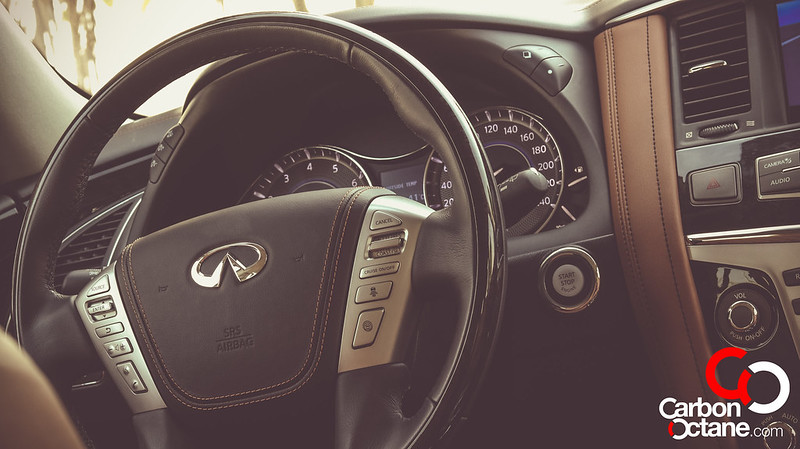 The QX80 is all about “quiet comfort” and more of a tarmac cruiser than a proper off roader. Unlike Nissan’s Patrol, the QX80 lacks differential lock and sand terrain management system but gets a towing mode since Infiniti thinks the QX80 is all about towing your boat and/or a caravan. Lifestyle that centers around the beach rather than the depths of the desert. 21 inch rims acts as ornaments more than off-roading utilitarian shoes. 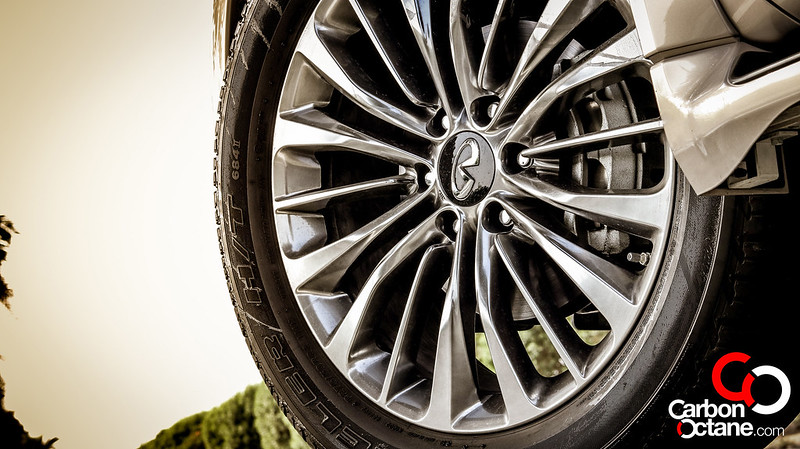 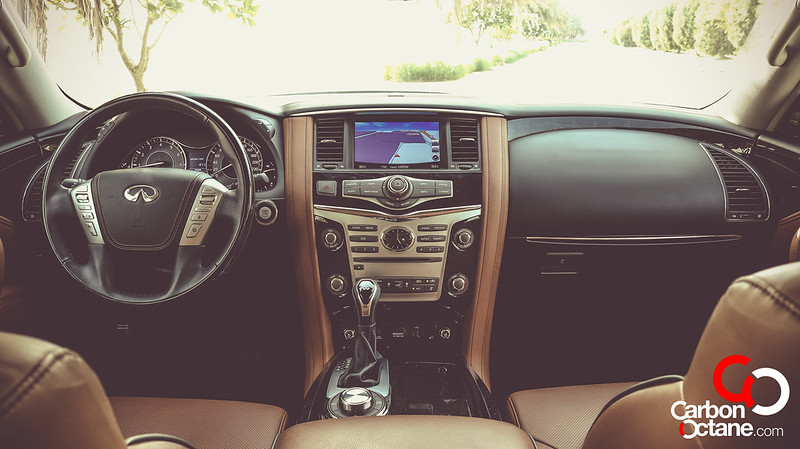 With a starting price that matches the price of the Nissan Patrol Platinum LE, which is around AED 330,000; the Infiniti is a detour from normality. There are Patrol’s everywhere in the streets of the UAE and in that way you tend to get some attention and differentiation with the QX80 without loosing the essence of the Patrol. It’s essentially a coutured version on the Nissan Patrol LE Platinum and now with the looks to get glances of admiration than abomination from passers by. 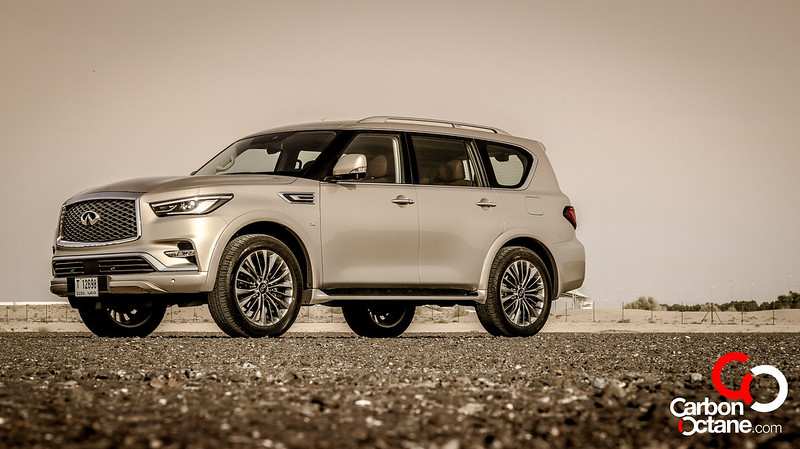