78 years of producing sports cars and 68 years of which it has won hearts and championships at racing. So it was a pleasant surprise when we were invited to try out their all new entry level “2+2 grand tourer” aka the 2018 Ferrari Portofino. 3.9-litre, 90-degree, flat-plane-crank, twin-turbo V8 lashes out 600 prancing horses and the twisties at Hatta. Could life get any better that this?

We Review the 2018 Ferrari Portofino in UAE

The front-engine V8 Portofino replaces the decade old California which was Ferrari’s attempt at snatching customers who would otherwise flock to Mercedes-Benz’s SL’s and Porsche 911 Turbo Cabriolet; clientele who are wealthy enough to shell out mega dough for mega convertibles whose brand name carries heritage, racing pedigree to stroke their lively imaginations. The California addressed these clients with varied success worldwide but not enough to worry its German rivals. The California also got a late update in its production cycle with turbocharging that raised its road prowess but Ferrari needed something new, something that has been created by Michelangelo and breathed life into it by Hades herself. What we have here is the Ferrari Portofino. 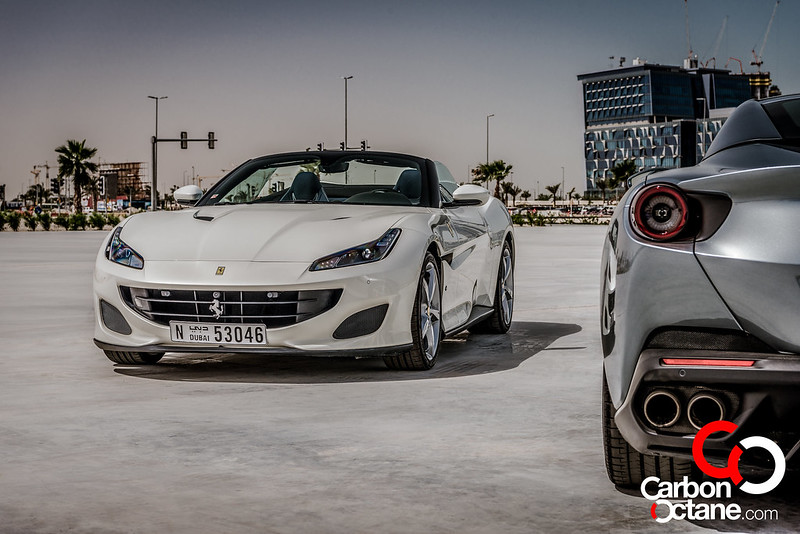 Unveiled at the 2017 Frankfurt Auto Show, and launched on the Italian Rivera in a village called “Portofino” from where it gets its name from, the Portofino is Ferrari’s everyday driver which can effortlessly convert from an authentic ‘berlinetta’ coupé to a drop-top while delivering the unique Ferrari soundtrack and driving pleasure. So we did not have the French Riviera to experience the Portofino but we had the next best thing, we visited the Bulgari Hotel and Marina which created the perfect scenery in collecting the Portofino. 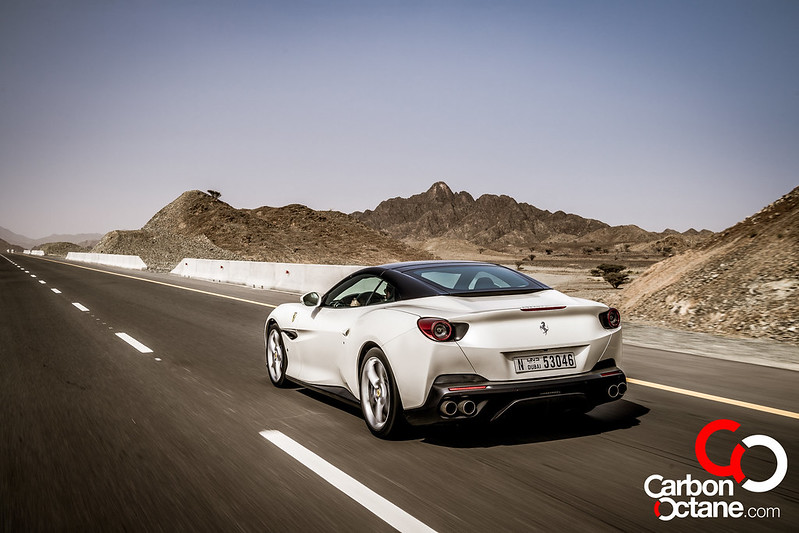 The Portofino carries impressive improvements over the California. It is lighter by about 78 kgs, gets an all-new forced induction V8 which produces 591 Hp at 7500rpm and 760 Nm between 3000 – 5250 rpm good enough to propel it to 100 kmph in 3.5 seconds via a 7 speed and super-fast dual clutch transmission. 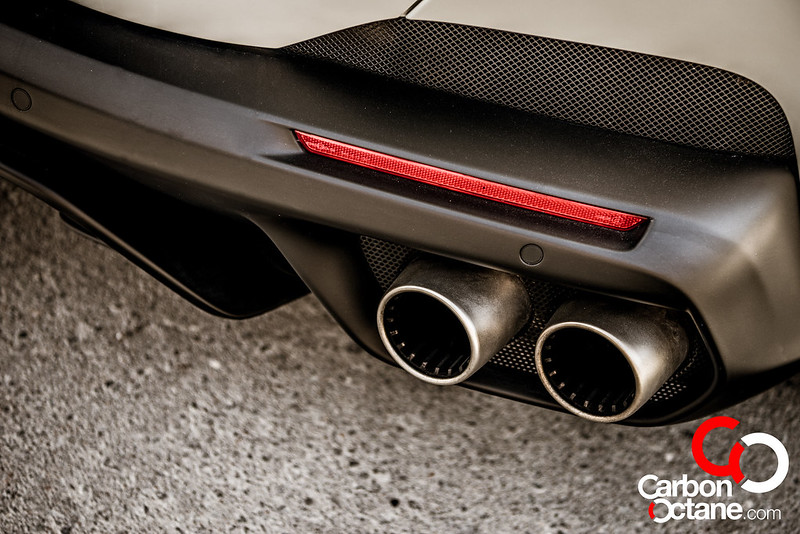 As evolution goes, the Portofino is longer, wider and lower than its predecessor which marks its athletic nature while its artful metal work is an aphrodisiac for the eyes. But the artwork doesn’t end on its exterior alone, the interior now boasts a much larger 10.25 inch center screen for navigation and is Apple CarPlay and Android Auto enabled which is good. The dash in front of the passenger get a strip of display which shows the speed and the rpm, a piece of useful tech borrowed from the F12. 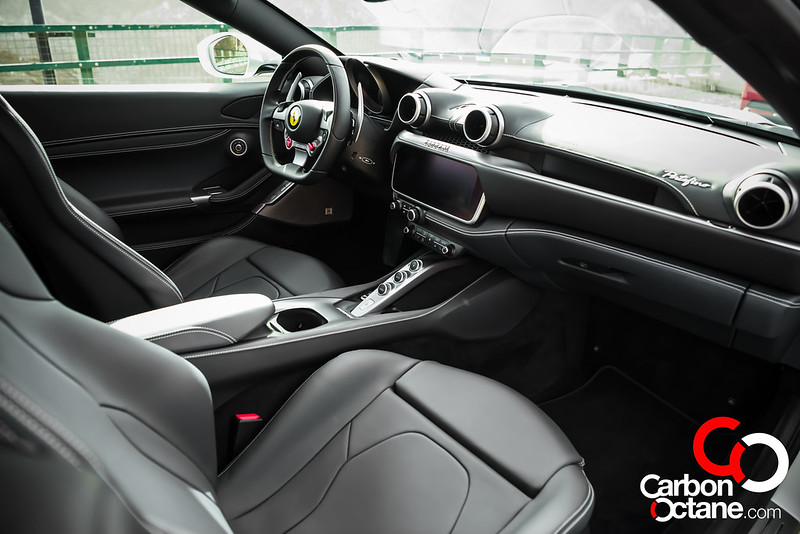 The menettino switch has three settings to choose from; “Comfort, Sport and ESC off”. Traction is controlled via the capable electronic differential which also aids the Portofino in maintaining huge amounts of stability even when pushed beyond the enthusiast driving skill levels. 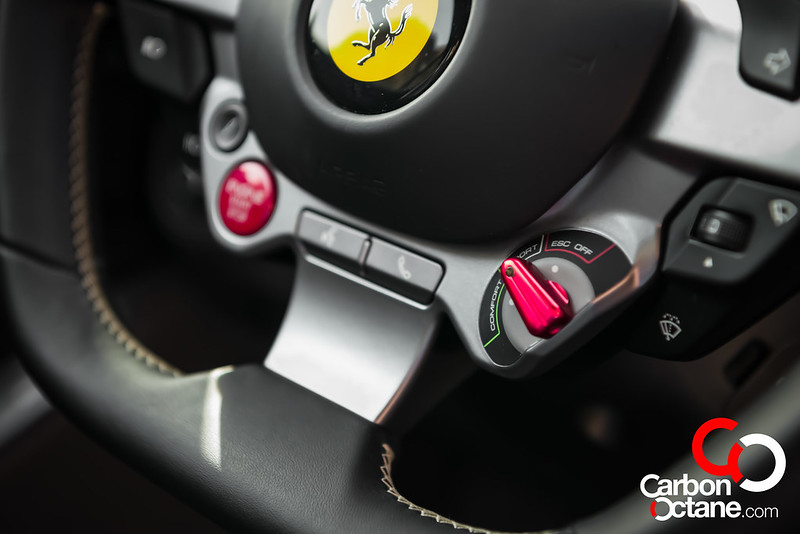 Thus our drive to the Hatta twisties a 10 kilometer of twisty dual carriage way set between the rocky terrains of Hatta set the mood and stage to experience the level of dynamism of the “Entry Level Ferrari”. This however was preceded via a short stop over at Hatta dam for some photo opportunities and chatting amongst fellow journalists on how smooth the drive to Hatta was. 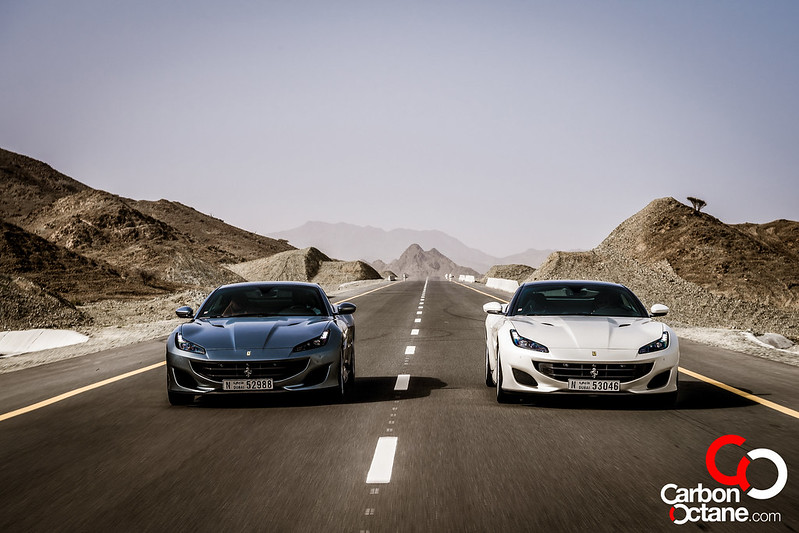 Set the menettino switch to “Sport” and immediately noticing a deeper burble from the exhaust as the secondary valves open letting out more exhaust, one cannot help but squeeze tighter on the steering wheels. As you go hard on the accelerator and experience the new sound track from the turbo charged V8 which disturbs the tranquil surrounding settings you are introduced to sharp and crisp upshifts via the pedal changers. 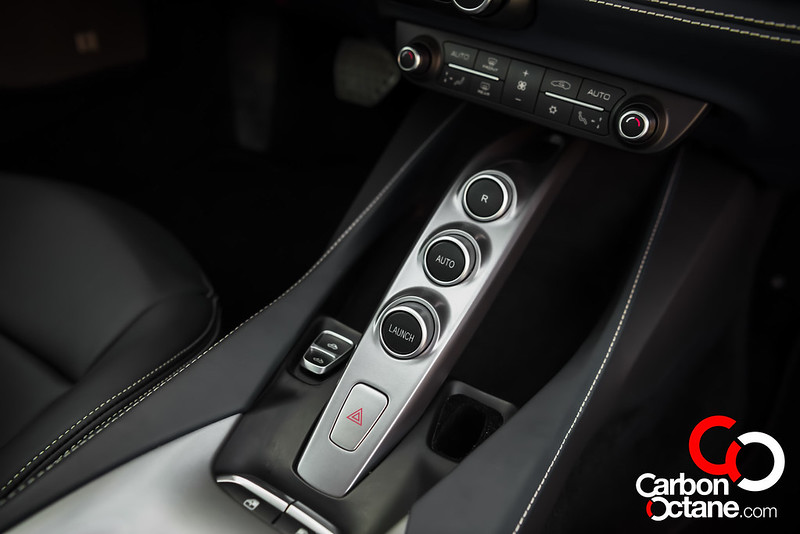 The rpm builds up fast and from then in it’s a dance between you and the car. A dance of a few steps which goes like this. RPM builds up, pull the pedal changer and slam your head against the head rests. Yes it’s quite the dramatic turn of events from the smooth sailing to Hatta, where we thought that the Portofino was behaving more like a Grand Tourer it was supposed to be. But now, with the turn of a switch, the whole mentality and demeanor of the Portofino has changed into something that resembles the 488 GTB. 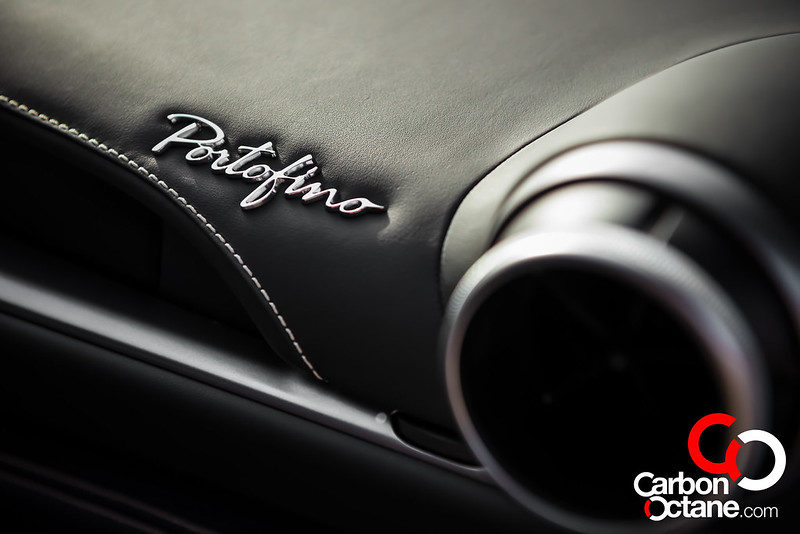 The sheer level of grip around the tight bends followed by thrust out of the bends just did not stop. The 10 kms stretch however did and we just turned around and kept repeating the stretch all over again. This was what driving was about, and with the Portofino you could do it with the roof down and experience even more augments levels of euphoria. The electric power steering, developed for the 812 Superfast provides for quick steering inputs and some feel. 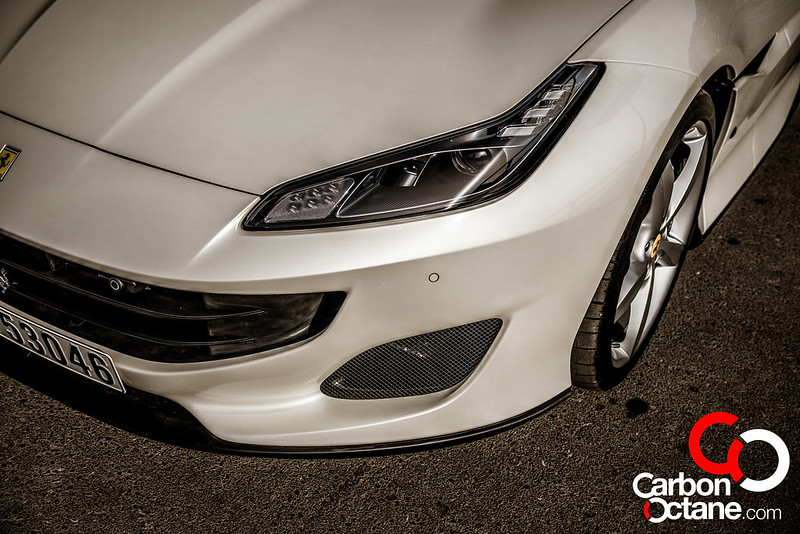 With a starting price of AED 850,000 the Portofino would grace the garages of the few. But it actually offers two cars in one. You get a convertible and drive sensibly enjoying a Grand Tourer or turn a switch, close the roof and hit the track and experience what the legends of motoring felt like for those short few minutes at the track. The Portofino is quite simply a brilliant Ferrari. 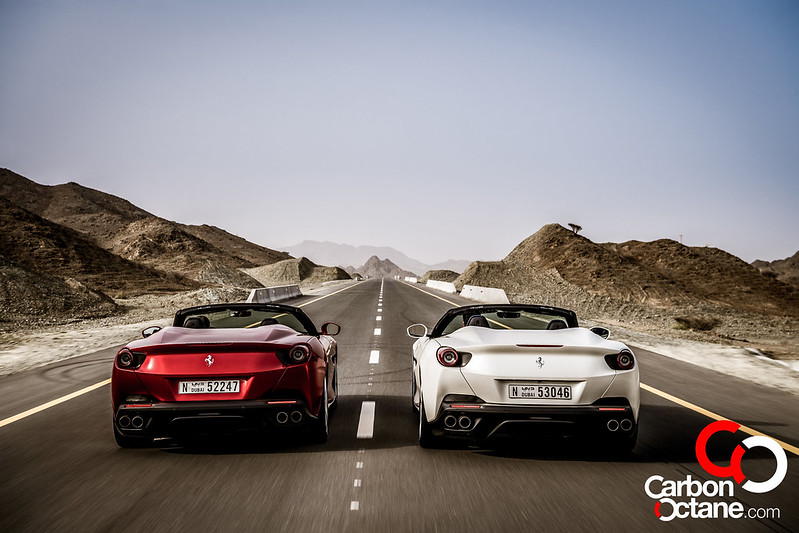