Trucks in the UAE are becoming increasingly omnipresent. This was not so even a few years back. Whether it’s the influence from movies or a cultural shift but it’s safe to say that trucks are actually biting off a large piece of the sedan segment. The Ford F150, the world’s favourite truck knows a thing or two about truck building and we will talk about how the new 2018 F150 has evolved into more than just a truck, it’s designed to seamlessly blend into our everyday life as well. 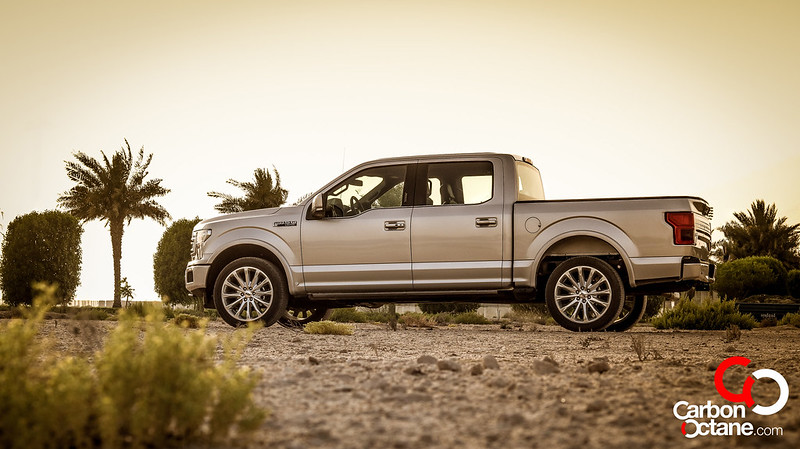 Trucks are more than just a work horse. Maybe in the US, trucks are primarily considered for work which later evolved into a family vehicle. In the UAE however, trucks have been perceived as a lifestyle. But it has become more than that, it’s also a look into the change in people active lifestyle. As disposable incomes increase and manufacturers lure customers with service packages and affordable prices, we as consumers are adapting to a new lifestyle, a lifestyle that includes a truck at our parking lots. The case in point is the refreshed 2018 Ford F150 Limited which is powered by a 3.5L twin turbocharged V6 producing 374 Hp and 637 Nm of torque. 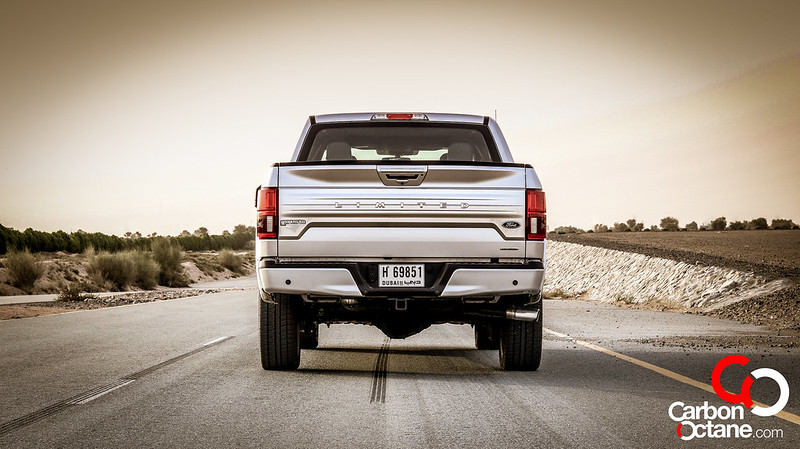 This is not a lazy truck, as one might feel in fact the halo engine of Ford’s F150 is not the 5.0L Coyote V8 as it had been for some time, it’s actually the smaller EcoBoost V6. As with the new Raptor which shared the same engine with a bit more electronic wizardry to produce 450 Hp, both the Limited and the Raptor share the same 10 speed automatic gearbox which was co-developed with GM. But the most amazing and surprising part of our F150 was the fact that it felt light footed. The moment the accelerator was pressed the truck wanted to get up and go. A 0 to 100 kmph dash can now be done in sub 6 seconds, that’s just insane!!! 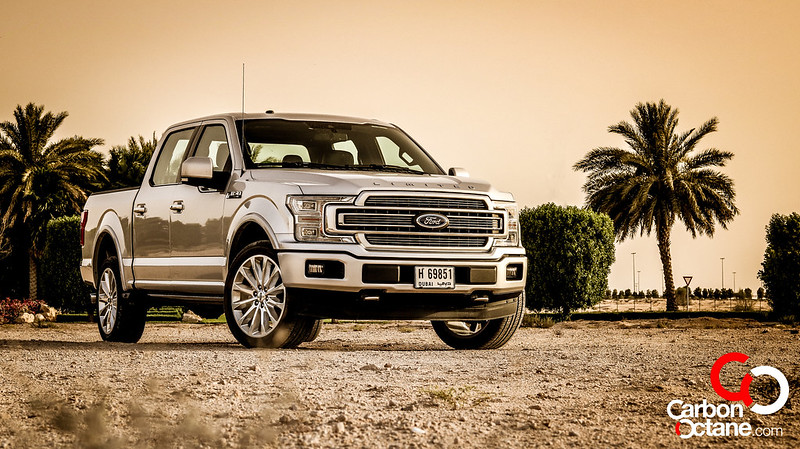 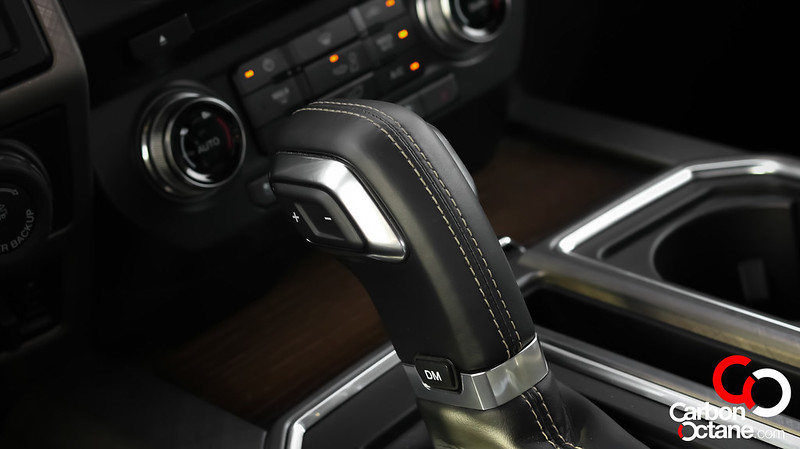 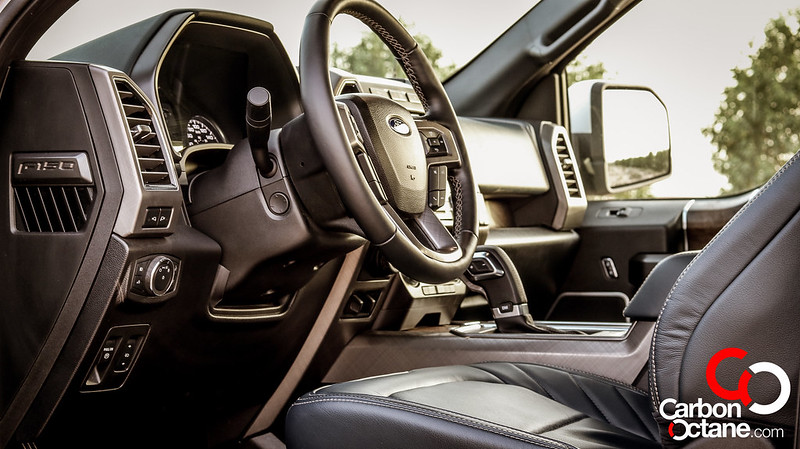 The top of the line trim for the F150 is called “Limited” and our super-crew F150 came loaded with all creature comforts. This particular truck came with electronic deployed side steps, to wireless chargers, auto/start stop feature, leather ventilated seats, Apple CarPlay and Android Auto enabled Sync 3 infotainment system and an optional extra-large 136 litre fuel tank capacity giving our F150 Limited a range of around 930kms and a very economical 12.1L/100kms average fuel consumption. 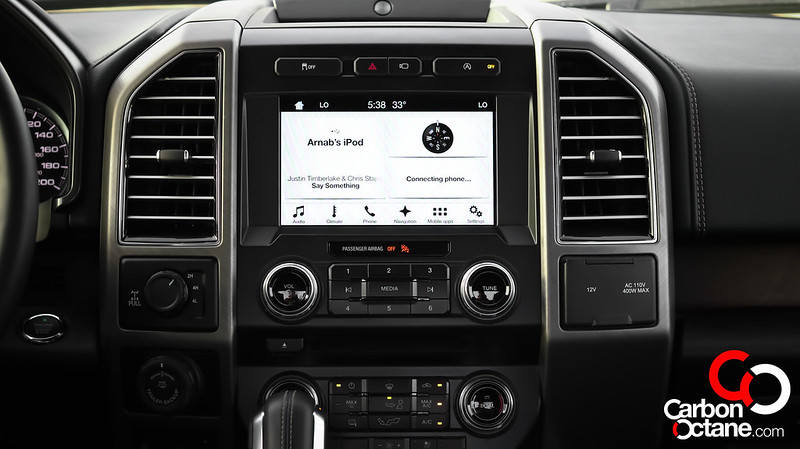 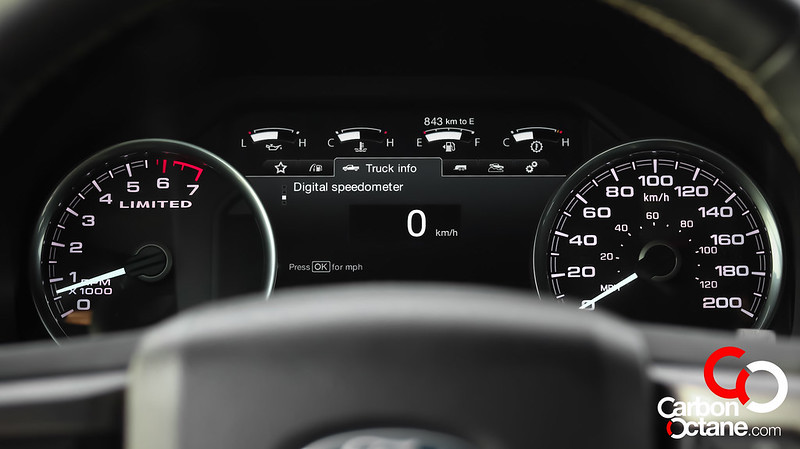 But what was most amazing part of our date with the F150 is how easy it is to live with, well kinda. Yes, the long wheel base does require a three point turn at certain “u-turns” and you need to be a bit careful around mall parking lots, but in terms of road comfort, this F150 even with its massive 22 inch rims was able to iron out minor road bumps with ease, dare I say that it was able to iron out road imperfections better than say the Escalade? Well it’s true. 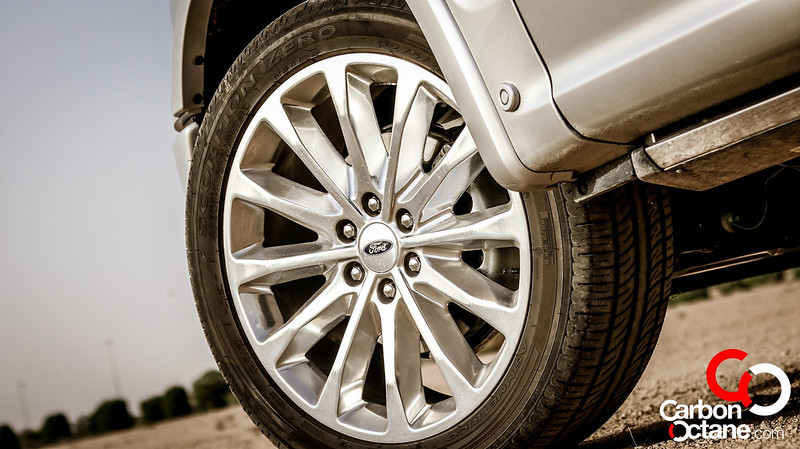 To us, trucks such as the 2018 Ford F150 Limited is an extension of an SUV. It’s catered to people who has an active lifestyle. A growing number of my friends are actually ditching their SUV’s for trucks. Why? So that they can carry their motocross and atv’s and camping gears along with them for the weekend. You can use a trailer as well, and the F150’s blind sport can also adjust itself to the length of a trailer which is unheard of, but when I was reading about it, it makes sense, you don’t want your trailer to swipe off a vehicle. But what’s more interesting is that it makes even me an expert at backing up a trailer, when though I have “zero” experience. Its trailer backup assist makes anyone an expert in backing up a trailer, even at tight spaces. 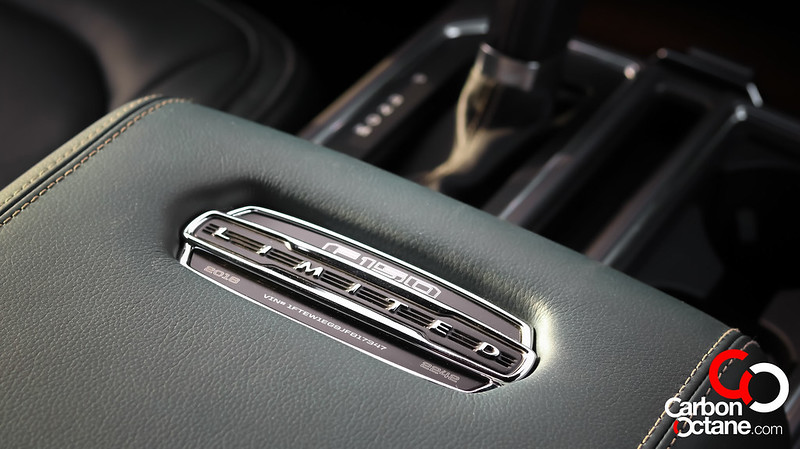 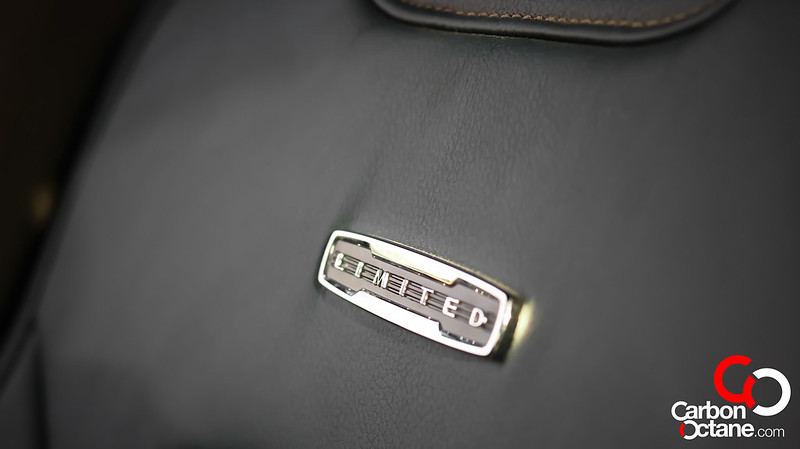 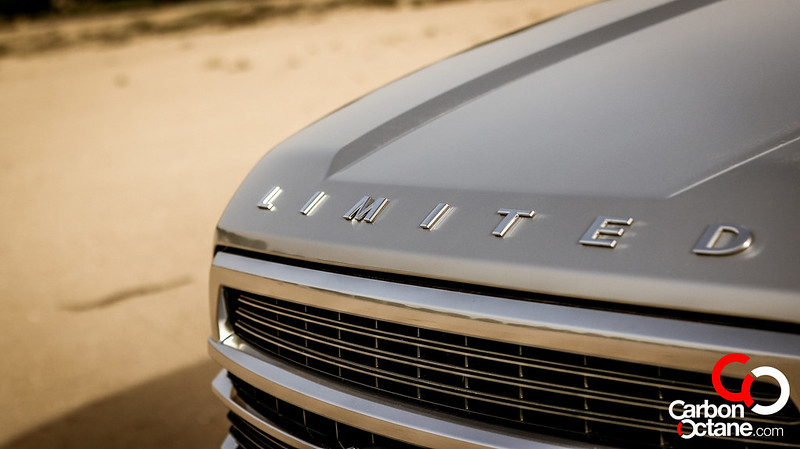 Whether you are using it as a daily driver, or taking your friends and families out the F150 is able to fit around your requirement. It not only fits around but it also envelops you with luxuries that were once not envisioned in a truck. With proper 4 wheel drive capabilities with diff-locks, the F150 is also able to venture out into the path less travelled. Explore the beautiful country we live in, the F150 is able to handle all terrains with ease, well there are limitations to where the 22 inch rims can take you, but serious off roaders will certainly swap it for Method rims and BF Goodrich K02 from the Raptor and then this F150 Platinum would truly be able to go anywhere with comfort.