HomeReviewsFirst Drive with the Genesis G70 2018 in UAE

It’s not often that you get to experience a moment in automotive culture, when a relatively new brand launches a new segment. A lot rides on getting the magic right, the magic that is defined by the right combination of design, performance, driving dynamics, features and price. And that too to take on the Small Premium Car Segment which has been dominated for decades by the likes of BMW’s 3 Series, Mercedes-Benz’s C-Class, Audi’s A4, Lexus’s IS and more recently Alfa Romeo’s Giulia. Let’s welcome the new challenger, the 2018 G70 from Genesis.

A monumental launch such as this deserves an iconic location and there’s none other than hosting the meet up event at the tallest building in the world, the Burj Khalifa. Here we learnt about how the designers spent countless hours going through shapes that has been honed to be sleek as butter in wind tunnels and how that result transformed into the sheet metal of the new G70. The fact that there are engine choices are available in a 2.0L 4-cylinder and a 3.3L V6, both turbocharged, producing 245Hp and 365Hp respectively and an equally impressive 353Nm and 510 Nm of torque. If that does not ruffle your feathers then it will when you find out that 100kmph comes and goes in 5 seconds or less and the fact that the G70 has launch control, we tried discretely and it works. 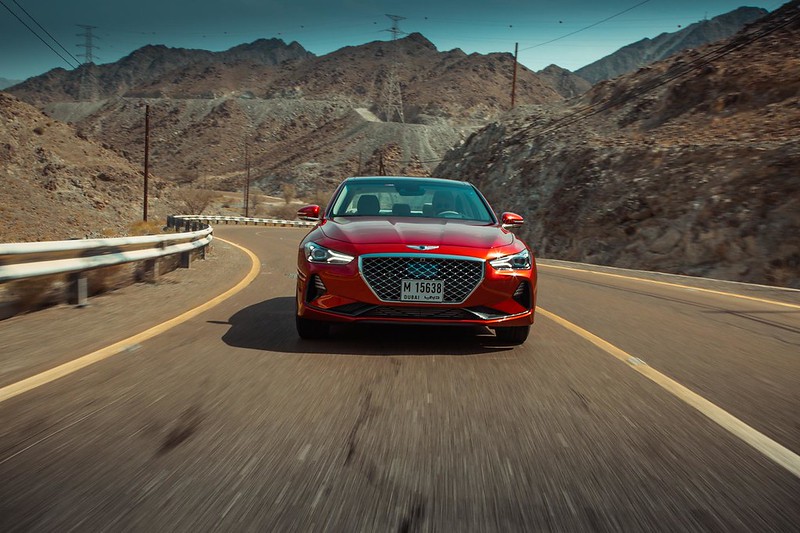 Genesis’s biggest hurdle is not the design or performance, it’s about their image. But, there is a big but here, it is true that the perception of the brand in the region has been, over the years, climbing fast and consumers now a days do consider Genesis as a viable alternative to the German trio that has been ruling the segments. The G70 in the 3.3L V6 comes in AWD and is powered by the same heart that beats in the Kia Stinger which has been raising a few eyebrows amongst many European car makers. The interior is classy with an ample mix of leather and soft touch surfaces. The infotainment system is angled towards the driver, aka BMW of yesteryear style. Amongst the goodies are the 8 inch infotainment system which is equipped with Apple Carplay and Android Auto as well as 15 speaker Lexicon audio system which does thump in some nice tunes without any distortion. 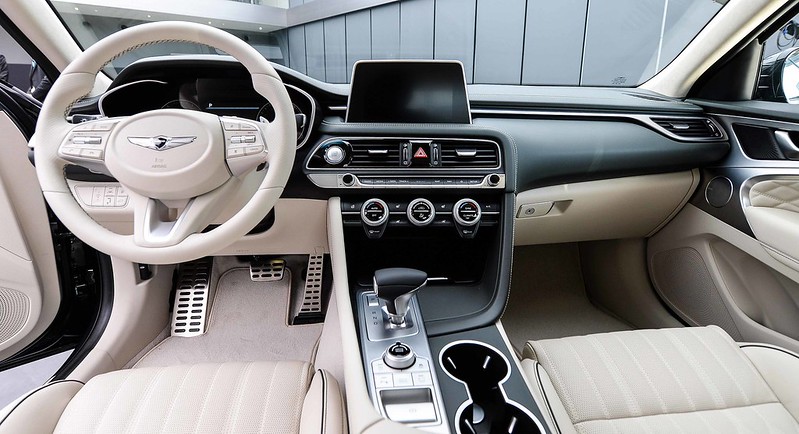 The Genesis G70 we drove on our way to Hatta was the Sport trim which came with diamond cross stitching and AWD format. At the get go, it was quite obvious that we had something special with us. The ride was firm and comfortable, perfect for everyday drive and weekend excursions with a heavy dose of thrilled pace. In fact the ride would be comparable to the 3 Series which is a huge compliment we would give the G70, it’s that good. The power is linear, and we did not notice any turbo lag. The pace in which we went to Hatta was sheer mind boggling. Yes we took detours and ventures into the less trodden road, with nothing but sand dunes on either side of us. It was a great drive that explored almost the full potential of the dynamics of the G70.

On our return let we took the 2.0L variant and though you felt that it was under-powered, under-powered by 120Hp but that did not hinder the driving experience. We took a few swings around the infamous Hatta twisties which is a healthy mix of sharp turns in between the mountains of Hatta. The 2.0L needed to be kept in higher rpm’s to exploit its Hp and torque and it felt good. 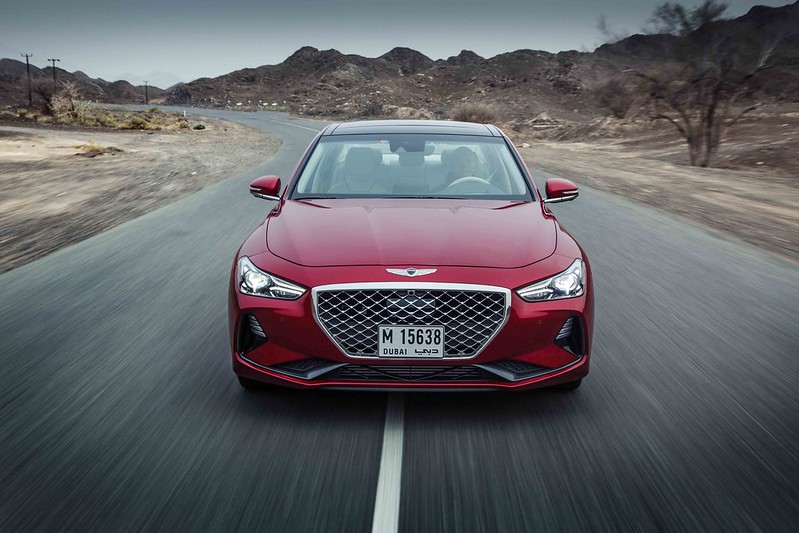 The Genesis G70 is a great package, it really does not matter whether you opt for the V6 or the four cylinder, the G70 is suited for almost all aspect of your driving styles. It is hard to find a right match of dynamics and comfort but we believe that Team Genesis has cracked this one. We look forward to receiving the G70 for an extended test drive for a more in-depth review of the G70. 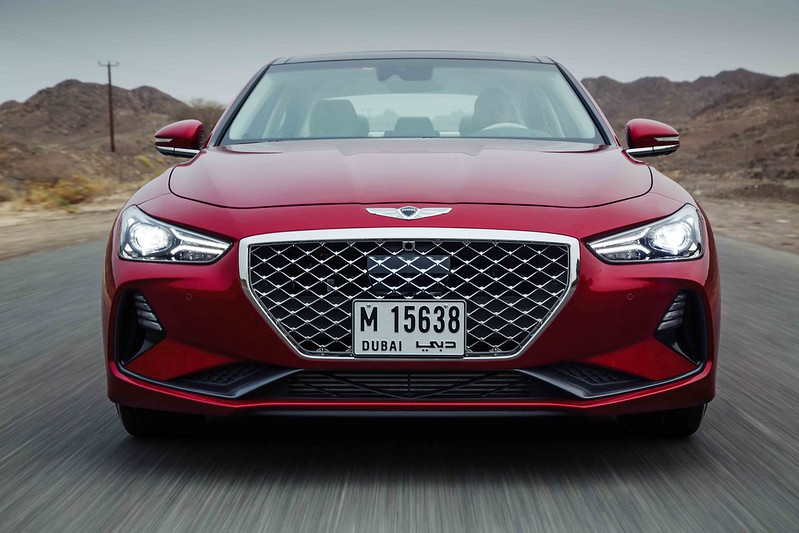