Finally it seems that Mercedes-Benz has managed to mate an able V6 to its S-Class. No longer is the 6 cylinder under-powered and slow to push this near 5000lbs uber sedan in a brisk manner, and with a claimed sprint to 100kmph in 5 seconds, the 2018 Mercedes-Benz S450 finally has the legs to match its near unmatched safety and comfort for which the S-Class has always been known for. 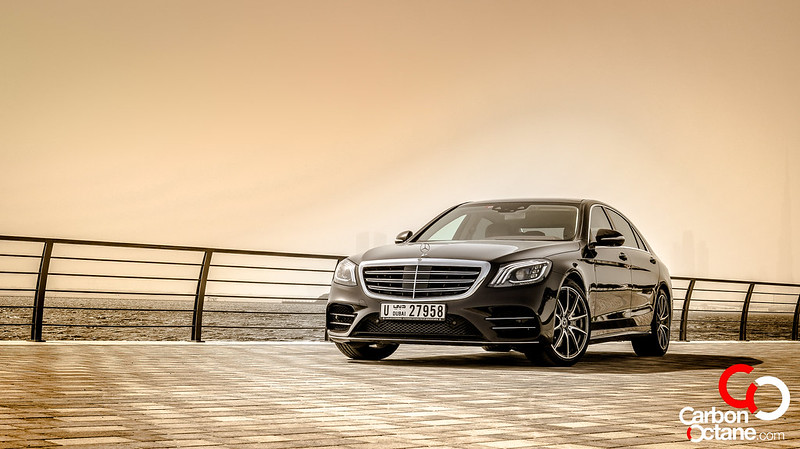 The S-Class has always re-defined safety, innovation and aspiration for automobiles and automobile lovers all over world. It was an S-Class that came with Airbags as a standard equipment, ABS and so on. We owe a lot of tech which we take for granted thanks to the S-Class. For me the boxy and imposing W140 model was the defining model that burned a lasting memory in me. It was huge compared to what was out there on the road and got me more inclined to learn about automobiles. 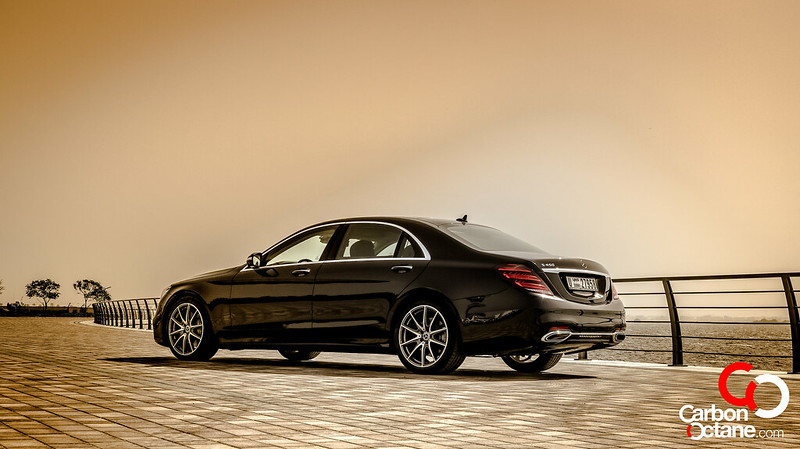 The S300’s and the S320’s back then were naturally aspirated straight 6’s producing around 250 Hp and to be fair was underpowered to move the tank. It was an entry level Mercedes S-Class that had all the safety features, came with cloth seats as standard or velour if you want to be specific about it. The W220 replaced the straight 6 with a V6 and reached close to 250 Hp but it was still not enough to propel the S-Class fast from the get go. 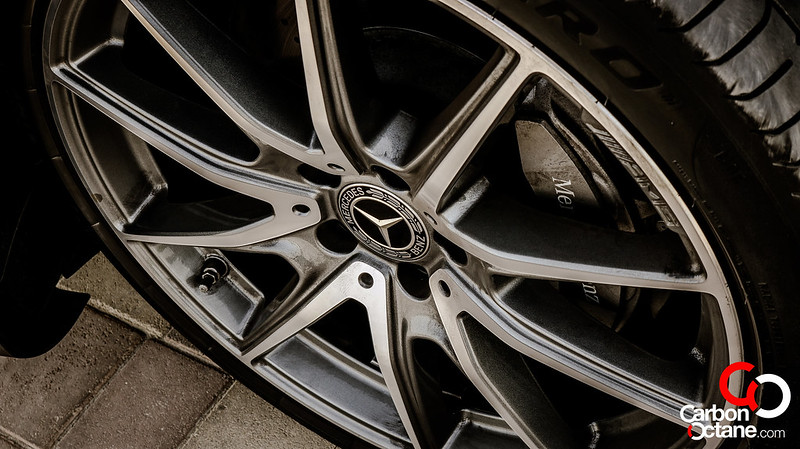 The W221 achieved close to 300 Hp with a hybrid variant of the V6 was OK in terms of power, let’s just say that it was edging out of being borderline lazy. Thankfully, now, with the W222 model Mercedes-Benz seemed to wake up from its slumber and decided that their V6 should at least propel the S-Class with gusto. So here we have a 6 cylinder, which has lost displacement but gained forced induction and good for 367 Hp and 500 Nm of torque which is as flat as a table top between 1800 and 4500 rpm, just what the doctors prescribed for city driving needs. And with a claimed sprint to 100kmph in 6.2 seconds or less, the big daddy of Mercedes-Benz sedan now has the oomph in its stride as it did in comfort for its passengers. 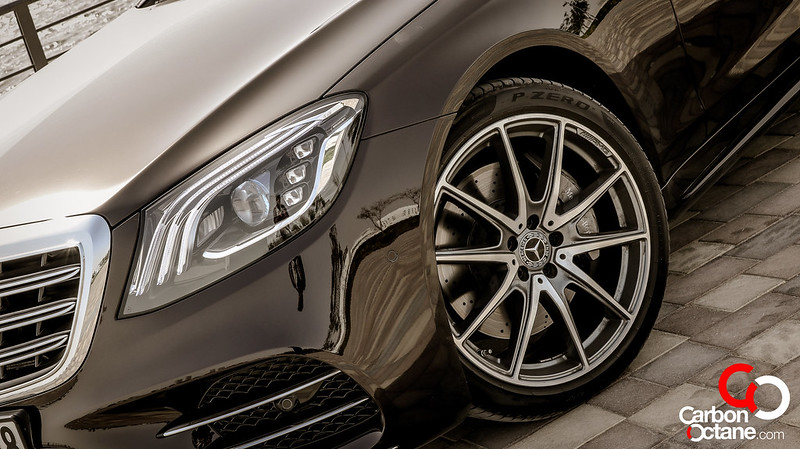 Our 2018 S450 is actually is the face-lifted W222. Already 4 years into its life cycle, the face-lifted S450 is distinguished by larger air dams in the front and unique three LED strips on its headlights. The facelift is not just a facelift, the S450 gets an all-new 9 speed automatic gearbox and a new engine. Interior is typical S-Class and dare we say the most comfortable seats in the business. 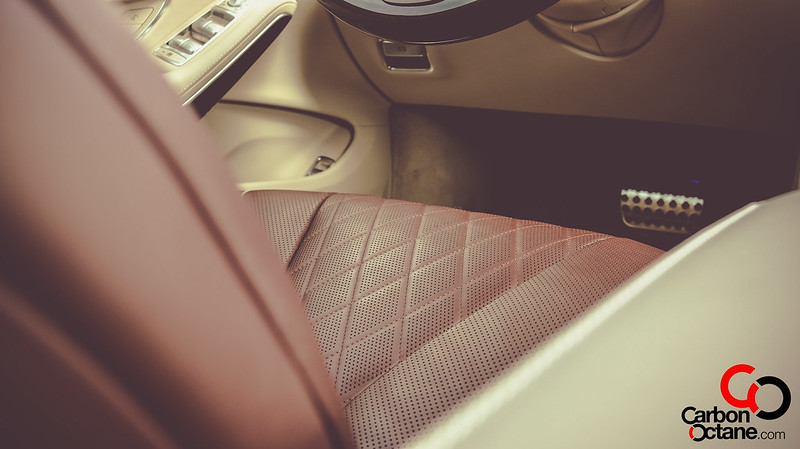 The S-Class is different from BMW’s 7 Series and Audi’s A8. While the latter two offers comfort and dynamic driving characteristics the S-Class just decimates its competitor when it comes to comfort. The air suspension, almost infinite adjustability of the seats, the audiophile sound system and air freshener have all been copied by BMW and Audi but never matched. The headrests in the Mercedes-Benz S-Class are softer than my pillow. Yes I for one would like to be chauffeured in one though I normally don’t like to be driven around rather love the driving part of it. 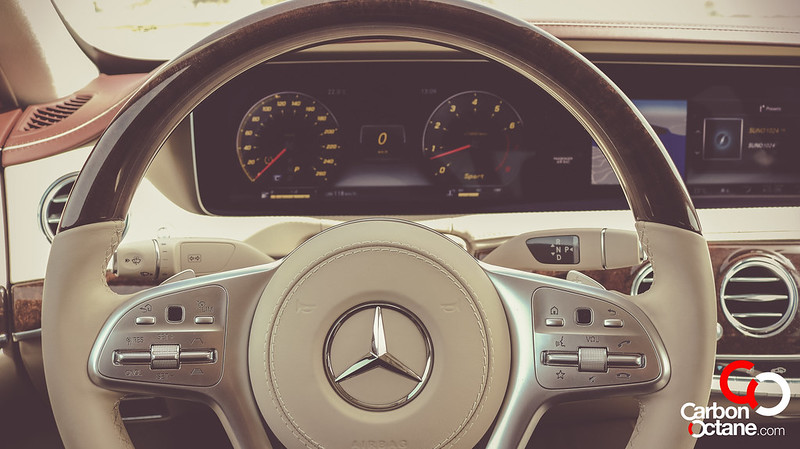 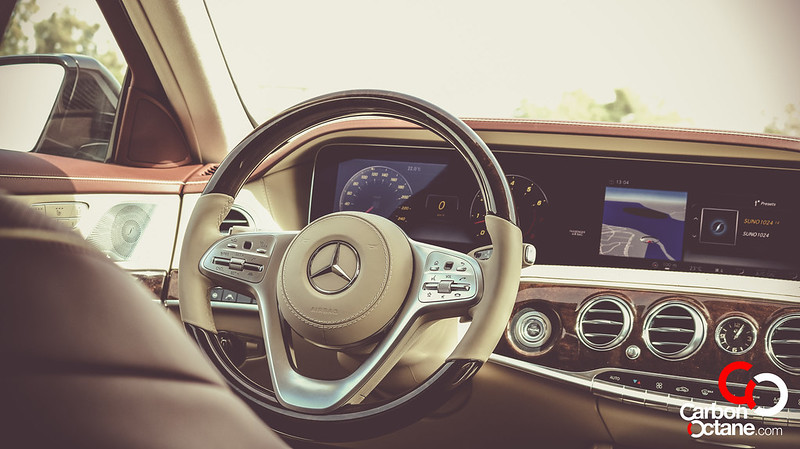 Being in the S-Class is more about making a statement. The statement is hard to get in UAE, where S-Classes are plentiful but it does garner respect at valets, still. The ride and in pure insulation of distractions while on the road is what makes every drive a relaxing spa session. Our S450 came with all its options clicked. It’s a 4-seater variant with the rear seat getting the business class airline seat treatment. There is a refrigerator to keep the beverages cold and electric powered mesh all around the rear passenger compartment to induce an atmosphere of calm and cozyness. You can also set the mood with a choice from 62 different LED lights which wrap the interior of the car. 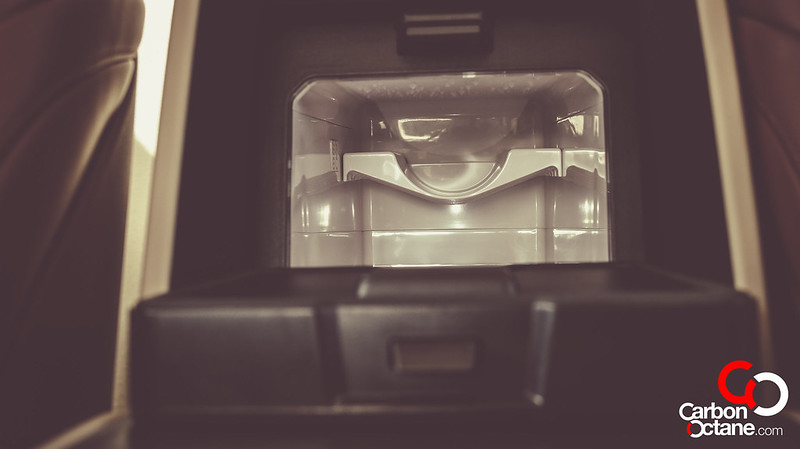 The S450 now has what it always lacked and that’s the heartbeat to match that of its more endowed brothers. I for one won’t feel bad while driving around in the S450 and seeing S560’s passing by. Why, because I don’t need to go to my destination any faster. The 6 seconds pace, if needed, is fast enough and it’s always about the comfort in the S-Class for me. But now it has the pace to match it. 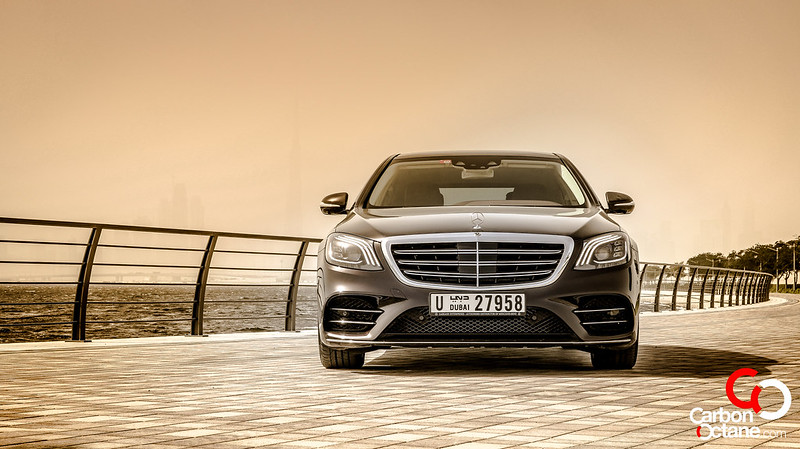 By god, Jeeves please do take the long route home while I take a short nap at the back of the S-Class cradled like a new born around its mothers loving arms.