The replacement of the magnificent Aston Martin DB9 has finally come of age. The bloodline is stronger than ever before as British coach building and an all new turbocharged V12 has created an offspring to take on the 21st century hustle. Ladies and gentlemen we present you the all-new 2018 Aston Martin DB11.

The DB11 gets an all new 5.2L twin-turbocharged V12 producing 600 Hp and 700 Nm of torque, that’s a gain of 60 Hp and 80 Nm of torque from its predecessor, the DB9; while also benefitting from 2 extra ratios in the transmission to an 8 speed automatic. Aston Martin’s head of power-train, Dr. Brian Fitzsimons deserves more than a standing ovation in replacing the 14 year old V12 from the previous DB9. The DB11 is longer, wider and gets longer wheelbase than the DB9 and also Aston’s all new aluminum architecture. The DB9 remained largely unchanged for almost 14r years and it was time for something more radical. 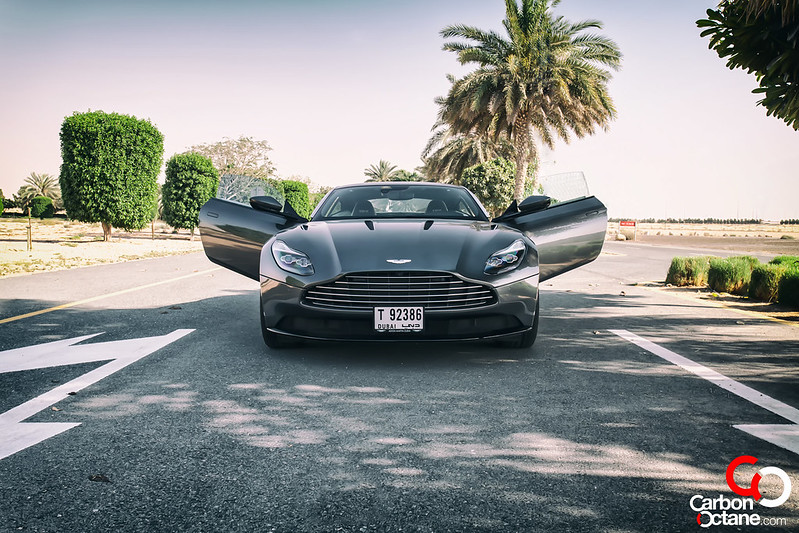 The Marek Reichman designed DB11, who happens to be Aston Martin’s Chief Creative Officer as well as a designer, has created some visual treats that separates the D11 from its predecessors with the new roof separated from the body and unique aeroblades in the front. Side strakes are now functional and channel air down to the car’s intake ducts. The “clam shell” bonnet is lightweight as it’s designed from a single piece of aluminum. The old VH architecture is replaced with a more efficient and modern riveted and adhesive bonded aluminum platform soon to be seen on the new Vantage and future Aston Martin’s. 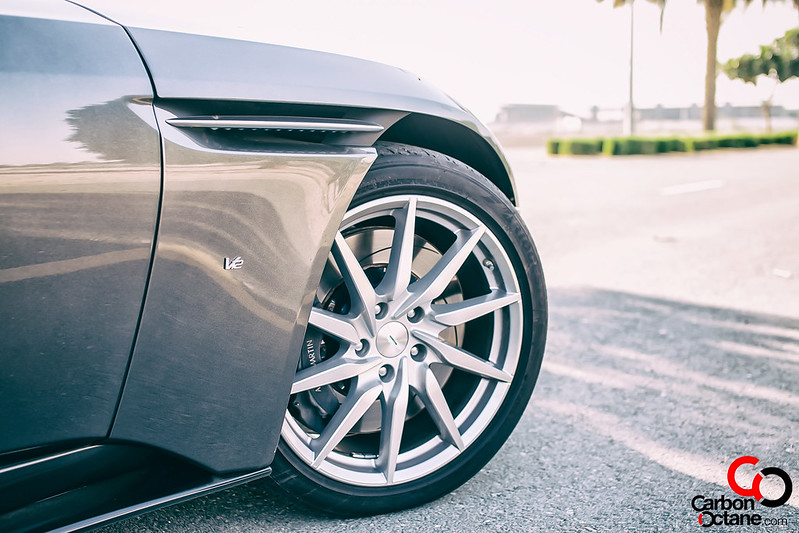 It is true that the new DB11 sticks out in the crowd of mundane cars. The DB11 is a relief to tired eyes as we see a blend of grace and poise somehow created in a visual treat by its unique and articulated silhouette. The low roof line and wide hips hints at its likeness to Monica Belucci rather than Kim Kardashian and that’s where the DB11 gets its special place. It’s for the sophisticated and now sophistication comes with a tinge of mischievousness. 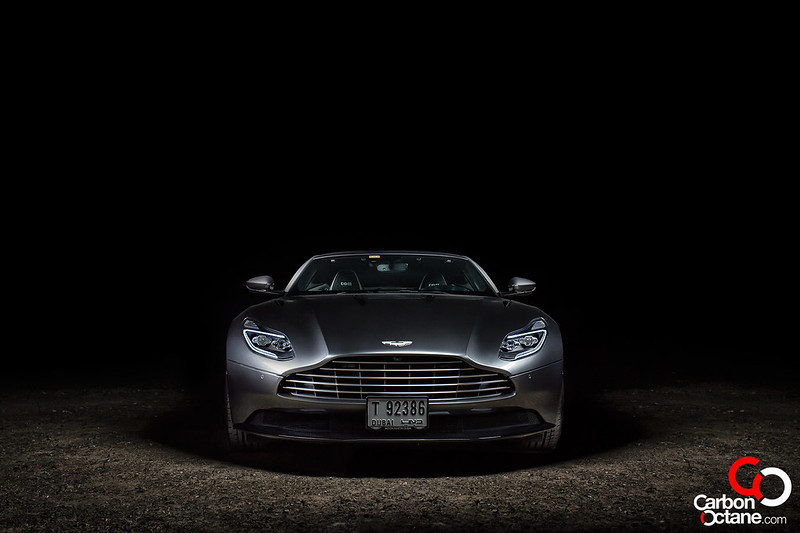 The power-plant is the cream of the whole package. I have driven the previous 5.9L naturally aspirated V12, and yes it had the whail of a V12 but it did feel old. It needed to be worked hard to experience its 520 horses but not with the D11. The torque comes in early, at just 1600 rpm when the engine is just waking up all 700 Nm of pure goodness and tire torture comes into effect. But it does it in a controlled manner thanks to its forgiving suspension which maintains a sense of relaxed comfort even in its sportiest setting. The DB11 is a ballistic missile with two arm chairs strapped to it, its ability to devour miles is unparalleled, even when you take the new Continental GT which also carries a mixed English-German bloodline. But the Aston Martin DB11 is lighter and nimbler and more in focus with getting the best out of a drive. 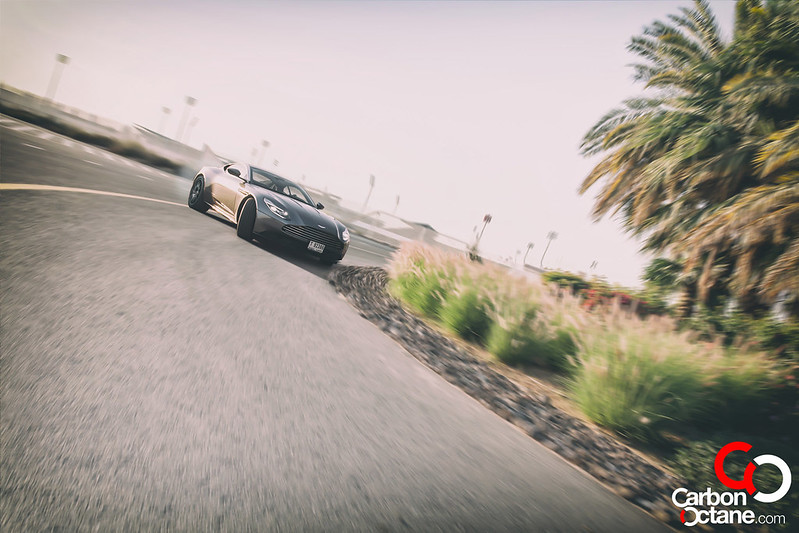 When the ignition is switched on, the V12 comes to life with a deep growl followed by a smooth creamy purr. The turbocharging makes the soundtrack of the DB11 muted and we do miss the deep whail of previous V12, but that is compensated by a more engaging drive because there is more feedback coming in from the quick ration steering wheel which feels connected to the road and allows you to place the front wheels exactly where you want it to be no matter what your pace is. 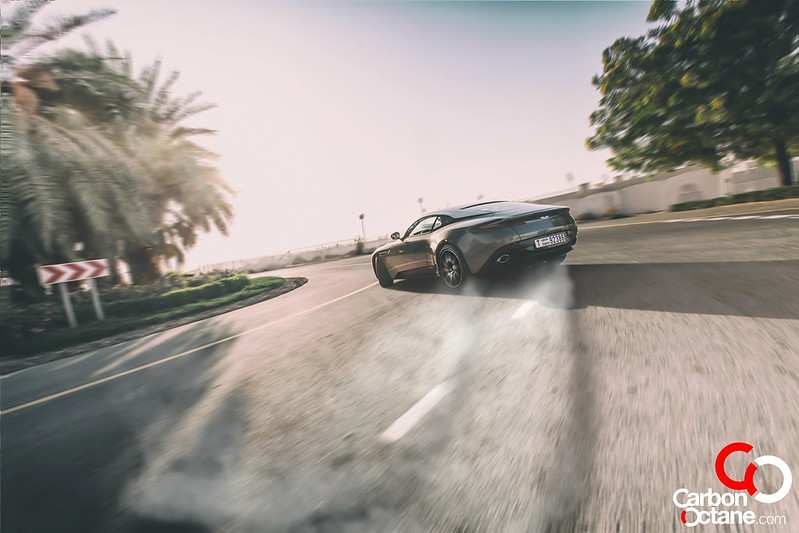 The interior gains few trick bits from Mercedes-Benz but retains its old school sophistication of previous Aston Martin’s. The leather feels as creamy as before and the interior space is draped by metal, glass and leather. It’s a modern coach for Royalties who have lost none of the old school feel yet want more of the new age tech seamlessly integrated into it. 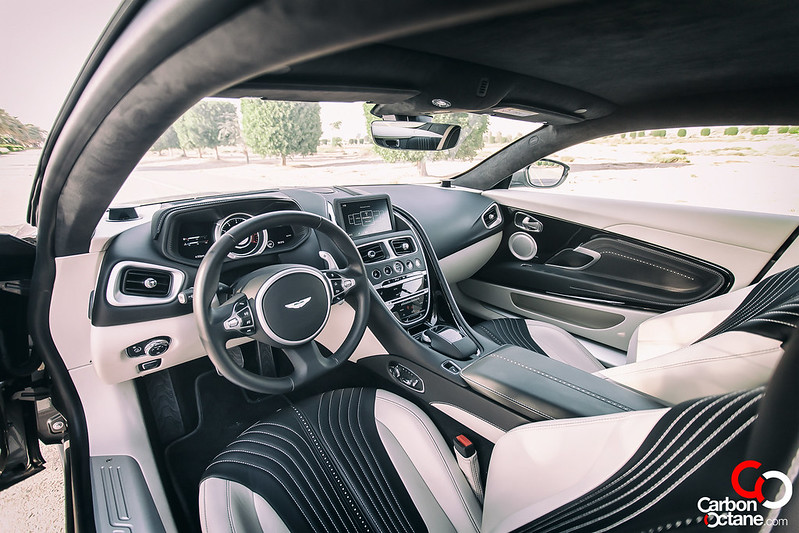 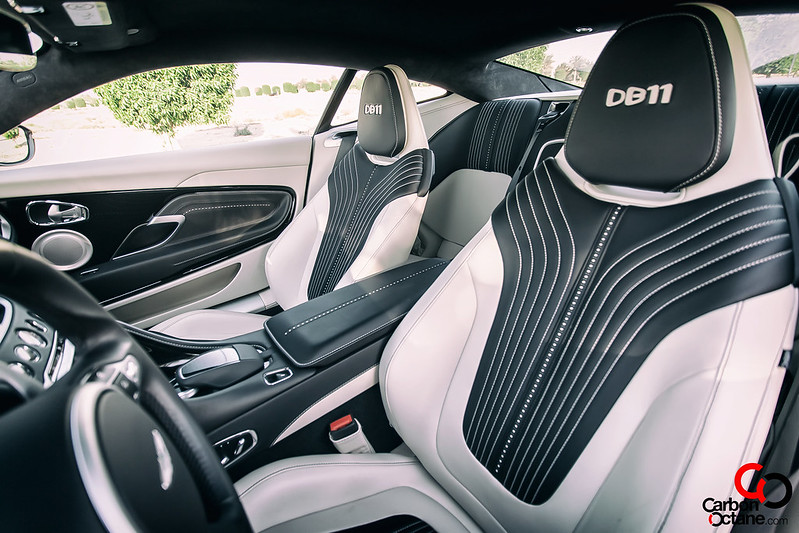 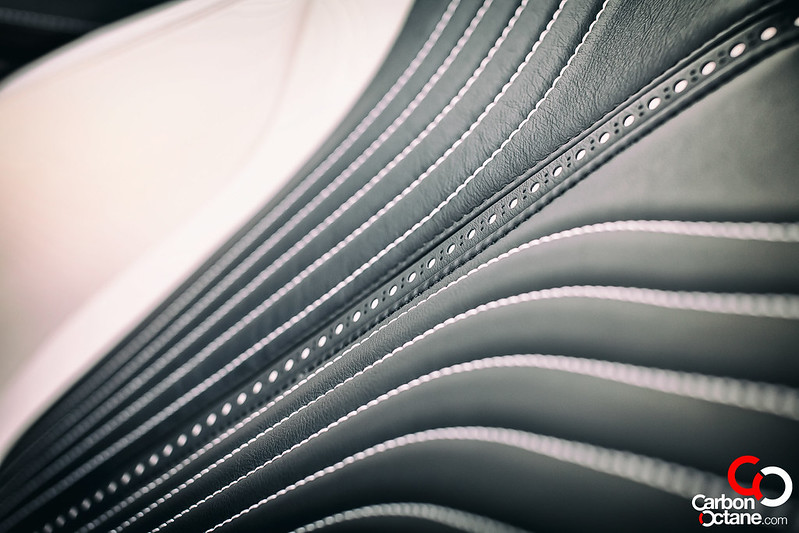 The new DB11 is a beacon of technological marvel married with the elegance of British design. It is a Grand Tourer which has no equal in the real sense and also the most humane of names. The Aston Martin name does bring nostalgic British MI6 vehicle of choice and for that brief stint with the DB11, we did feel that we were Bond though we did not wear the right attire. It’s this feeling that would make us part happily with over AED 1 million. It literally embodies the phrase “Feel Like a Million Dirhams”. 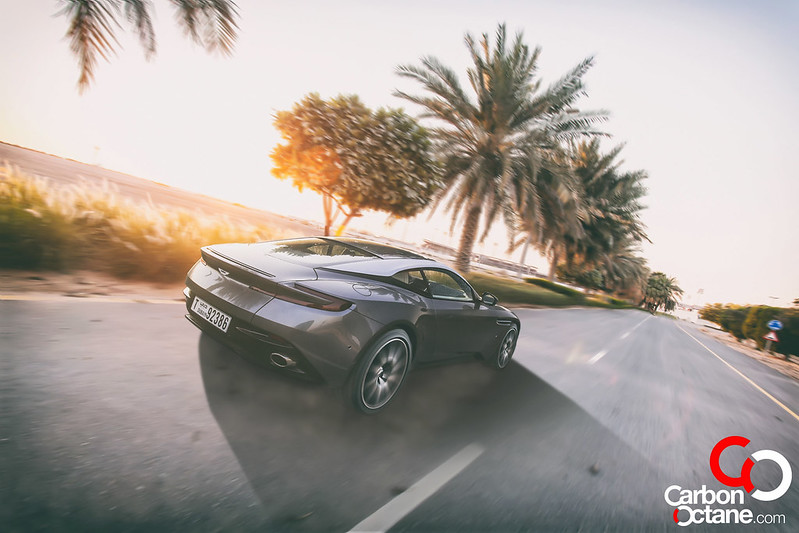