Infiniti is bullish in its stance on gaining market share on all vehicle segments out there. Crossovers have been, over the years, building up in sales and in perception of value and useful utility for an average consumer. So it was natural that Infiniti would have looked into its Q30 hatchback and with a heavy dosage of wizardry and tech, transform it into a crossover, enter the QX30.

To understand the QX30, you need to know of the Q30. The Q30 was launched to go against or hand in hand with the Mercedes-Benz A250. It shares a lot with the A250, quite a lot since Infiniti is into a technological partnership with Daimler. They share the same engine and gearbox, chassis, and internal instrumentation and even the steering wheel. The Q30 even feels like the A250 when you drive it. But apparently the needs are slightly different these, days and buyers are looking for the same with all-wheel drive and a raised platform for better visibility. 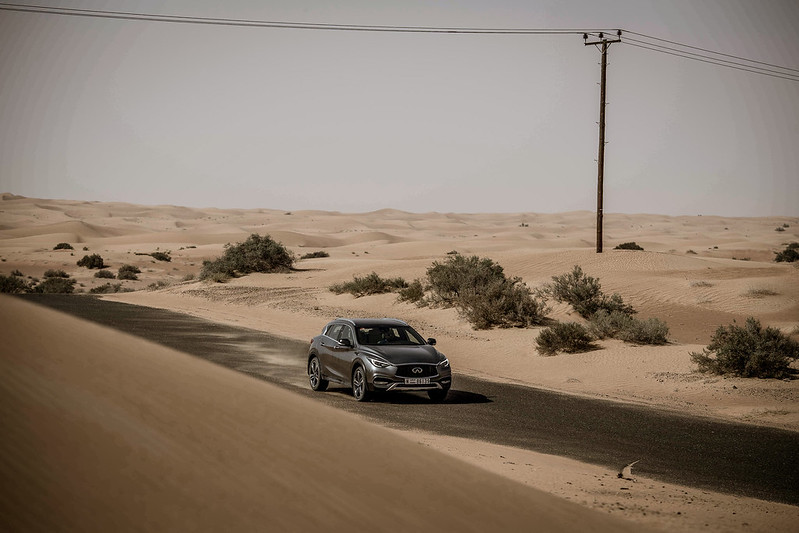 The QX30 is essentially a Q30 but raised by 40mm and gets an AWD system. It also comes with wider wheel arches for a brutish appearance and skid plates on its front and rear bumpers. The interior is exactly the same as the Q30 and gets soft touch leather with buttons and gear shifters taken from the parts bin of Mercedes-Benz. The infotainment screen is all Infiniti by the way and gets Infiniti’s User Interface and does not use a skin on Mercedes’s unlike the Aston Martin for example 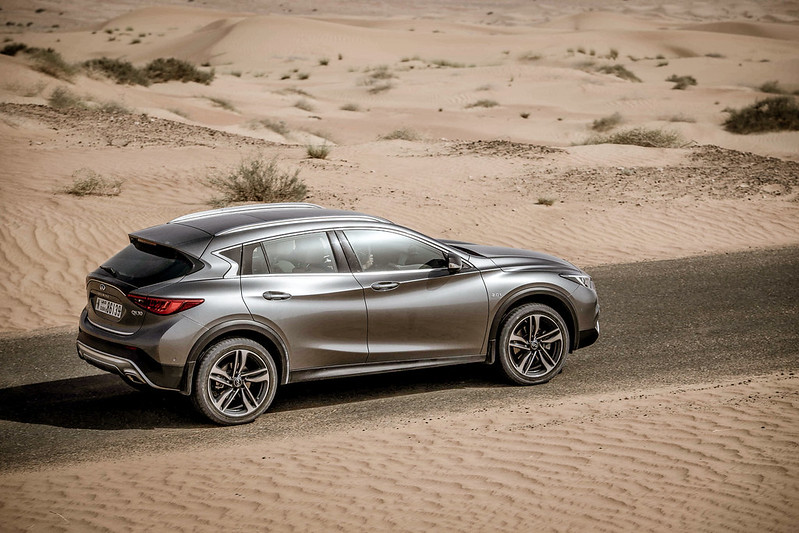 The QX30 is powered by the same engine that is available on the Q30 which is essentially a 2.0L turbocharged 4 cylinder, producing 208Hp and a healthy 350Nm of torque. The engine lays down the power via a 7 speed dual clutch gearbox that is seamless and on point. Our drive following a convoy on the outskirts of Dubai achieved 10.1L/100kms which is high for a 4 cylinder but we did make a lot of stops for photo opportunities while the car was kept switched on and the air-conditioning on full. 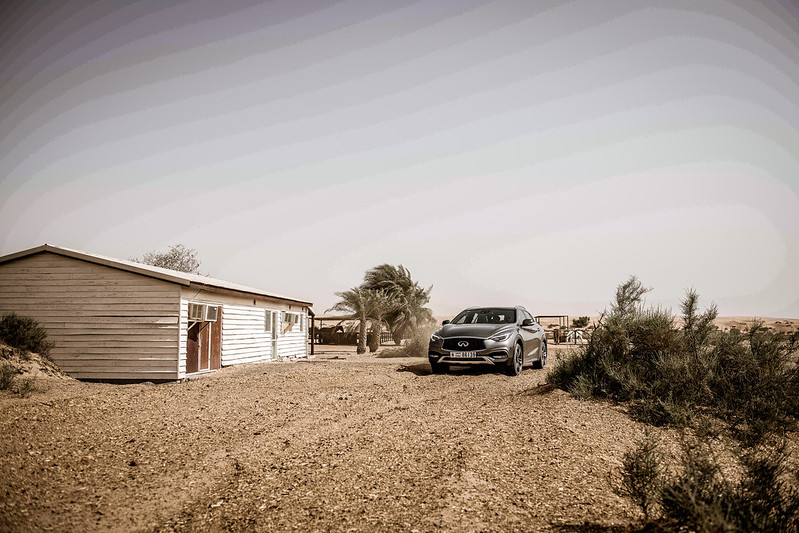 The QX30 did not exhibit any increase in body roll despite the raised platform over the Q30 and maintained a plush yet stable ride on highways. The only bit off-roading we did was on hard gravel on the way to Maha Resort. The QX30 rides primarily on FWD mode with it being able to distribute 50% of its power to the rear when the need comes. 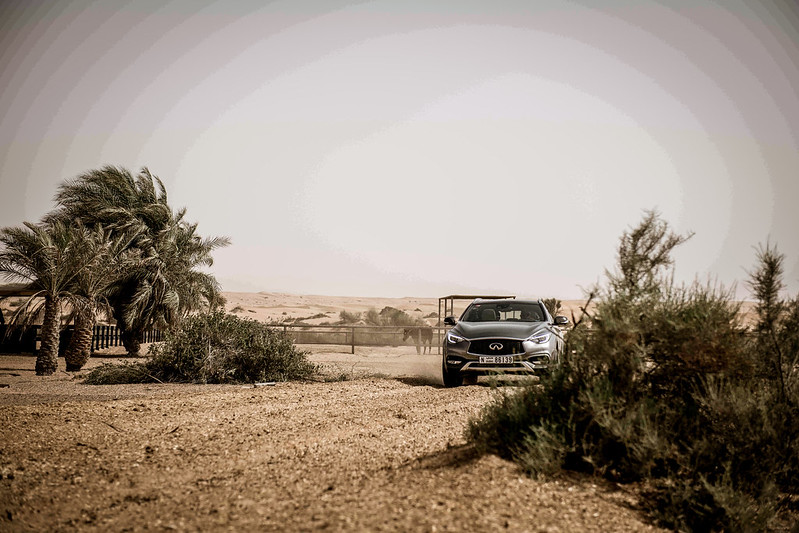 With a starting price of AED 150,000 which is the staring price of a 2.0T Q50, the QX30 would be for those who are looking for something different and usable in the city. It’s size would allow it to be parked almost anywhere and you can jump the occasional curb which you couldn’t do in a sedan. 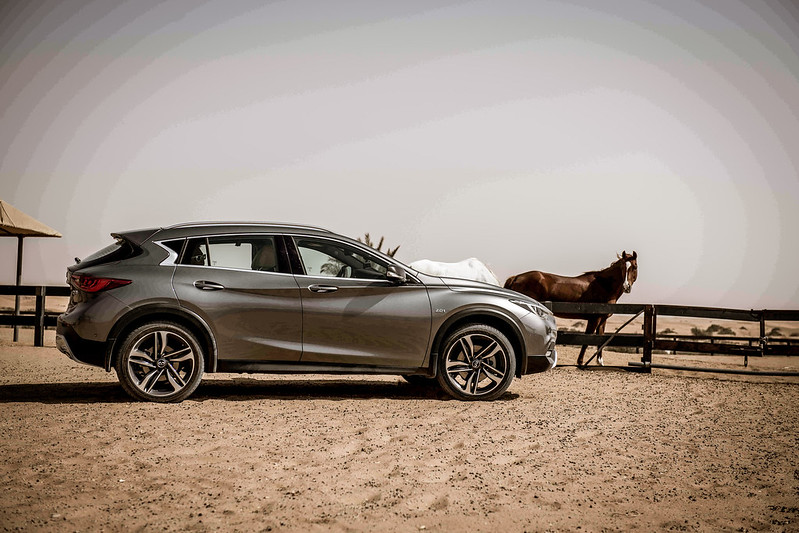 Price and Specs: Infiniti QX30 2018 First Drive in the UAE