What can you say about Honda’s longest running and its most iconic and successful band? For four and a half decades, the Honda Civic has taken care of its owner and gave them an efficient, reliable and fun little car. Today’s petrol heads, including myself owe a lot to the Civic and I was fortunate to re-test it again, this time for a longer time. Over the weeks I will talk about how the Civic has changed from my time.

We have reviewed the 2017 Honda Civic a few months back and loved the simplicity of the 1.6L engine which is good for 123 horses and 161 Nm of torque. What you get is a smooth engine, mated to a CVT transmission and ride comfort that matches cars beyond its range. It’s biggest rival in the market, Toyota’s Corolla, which has been in existence for longer than the Civic poses the biggest threat but times have changed, the Civic now offers lower starting price and neat standard features other than reliability to finally shake the crown of the Toyota Corolla. 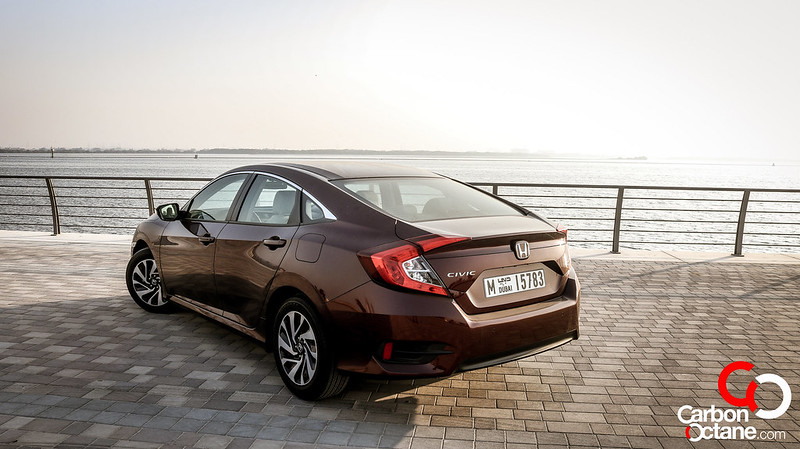 Let’s talk about pricing, the base price of a Civic now is AED 54,900 as compared to AED 67,500 for the Corolla 1.6L which gives out 121 horses, this is as of October 2017. What we are testing here is the LX trim which comes with alloy wheels and retails for AED 69,000 and not to mention, it comes with remote start, which should be standard on any car these days. Honda has made it a standard on their entire lineup. As you can see, Honda is keen on taking over the market share from Corolla and it’s not only about a price game. Their product was always better, more fun, more stable but now with the added boost of a lower price, things are about to change. 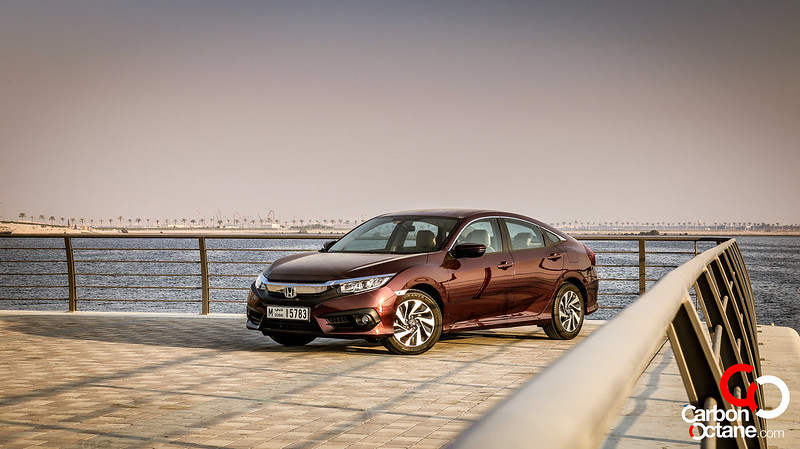 In the first week of our drive, I covered just 248kms and averaged 8.8L/100kms which is high and the reason is that each trip from start till finish was of short durations and was basically in stop and go traffic. The Civic is very smooth at idle and you can barely hear the engine or feel any vibration coming from it. It is just a well-built car. Some things never change. The LX trim lacks a rear view camera but other than the fact that it took just a couple of minutes getting used to the fact, the rest of the car was perfect. The right buttons are in the right location and it’s like one of those cars which you can connect to as soon as you get in. 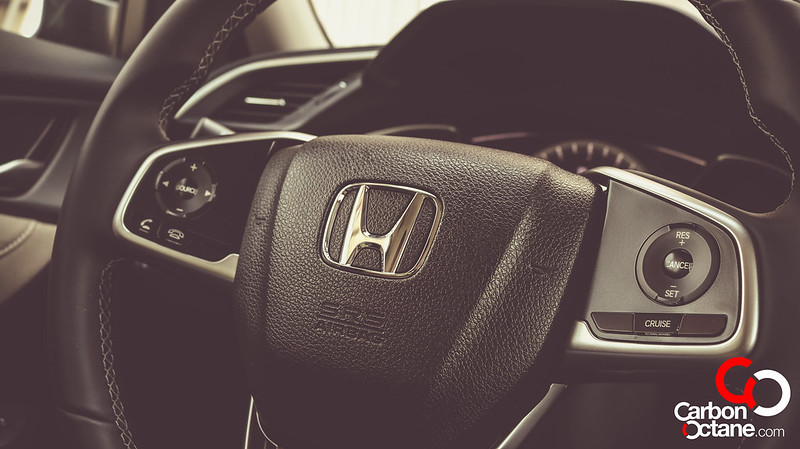 In the following week I am planning on taking a trip to Abu Dhabi which should drastically decrease the average fuel consumption.

As promised my monthly family trip to Abu Dhabi went without a hitch. The Honda Civic returns its best mileage on the highway and this is a real world test. Which means that once we crossed Dubai Marina, the cruise control was set to 139kmph, the AC was on and the radio. I had a passenger along as well. I accrued 628kms in the second week which included the trip to Abu Dhabi and the regular Dubai city roads. The fuel consumption dropped to 7.8L/100kms which is excellent. In fact on our way to Abu Dhabi at one point the fuel consumption was showing 7.1L/100kms, that’s less than a Toyota Yaris. The Honda Civic is more than just a car on a strict diet plan, it also offers real world comfort. The interior is modern and well built. The steering is wrapped in a smooth, grain free, leather which makes the tactile feel of driving that much better. You get “Auto Hold” as standard, which will hold the brakes for you at the signal. Yes this is quite handy if you are one of those people who faces rush hour traffic on a daily basis. 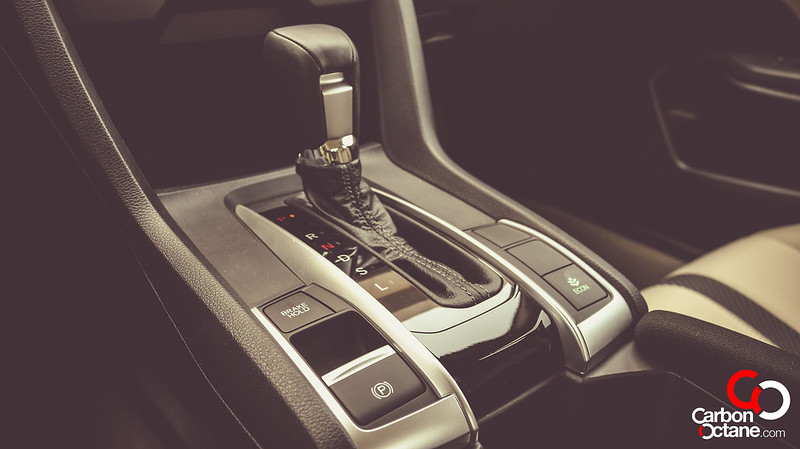 The Civic actually saved Honda from actually quitting from automobile manufacturing. The first Civic came out in 1973 and was dependable and economical and cemented Honda as a force to reckon with from then on. Over the years, the Civic grew and actually jumped a segment to what it is now, a small segment sedan. My first car in University was a 1995 Civic Si coupe. It had 125 horses and a Vtec engine which felt like a turbocharged engine. It was reliable and held its resale value when I sold it off after 4 years and putting 150k kms on the clock. Other than regular oil and filter change the only major service job was the changing of the head gasket. 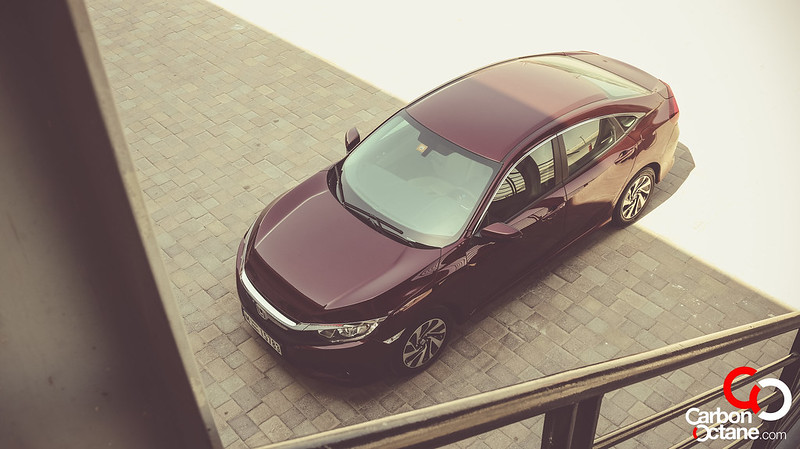 There are countless customizing shops available who makes aftermarket stuff for the Civic, and it’s a great platform. You get to learn more about the car and appreciate what it truly is. It’s more than a “A to B” vehicle. The new 10th generation Civic is bolder in looks than before, though diehards are iffy about its CVT transmission. It’s not very engaging for enthusiasts but for doing what it was meant to do, a safe and economic daily hauler, the CVT transmission achieves that perfectly to the bone.

I have a soft corner for the Civic and I have always told everyone I know about it. My first car in college was a 1995 Civic Si Coupe. It was a 1.6L and gave out 125Hp. The car was bulletproof and it gave me 4 years of worry free miles. Being young and loved to drive almost anywhere at anytime, I put around 150k kms in 4 years which included a trip from Vancouver to Los Angeles and back. The new Civic carries the same mantle. 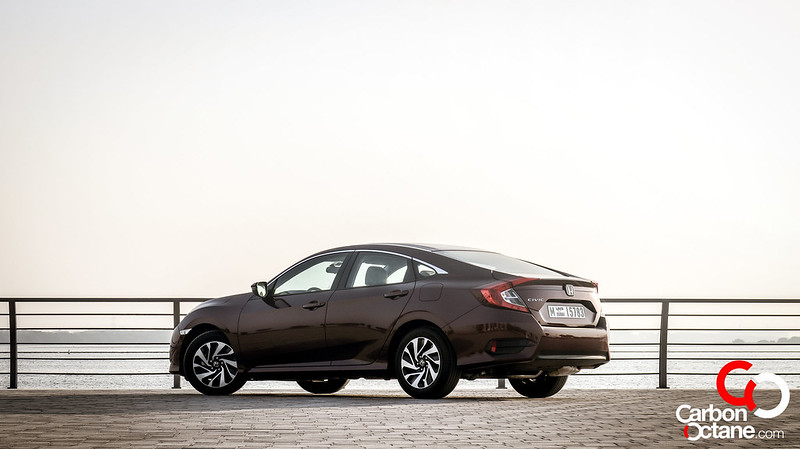 What the 1.6L Gen 1o lacks is the lack of acceleration oomph and that’s mainly because of the CVT transmission. I would put it as times are changing, the new Civic is more catered for fuel economy than outright driving fun. But then again I am see a recent trend of people who care more into fuel economy and healthy lifestyle, it goes for the cars they buy as well. Maybe I am old school but something tells me that the Civic, at least to me, has lost some of its edge.

But that’s just my opinion. The Civic still continues to dominate sales figures and sits comfortably as one of the most reliable cars being produced. So it’s not always about how I think the car is, the Civic is a true testament of the change in times.

Our last week with the Civic was about experiencing the simple and worry free pleasures of its ownership. This included lots of trips to the grocery stores and in an around city driving running household chores one after the other. By the end of our time with the Civic we had averages a combines fuel economy rate of 7.8L/100kms. With the price of petrol being 2.12 AED and a fuel tank capacity of 48L, a tank fill up would cost an average consumer AED 101.76 and would get you around 450+kms on a full tank. 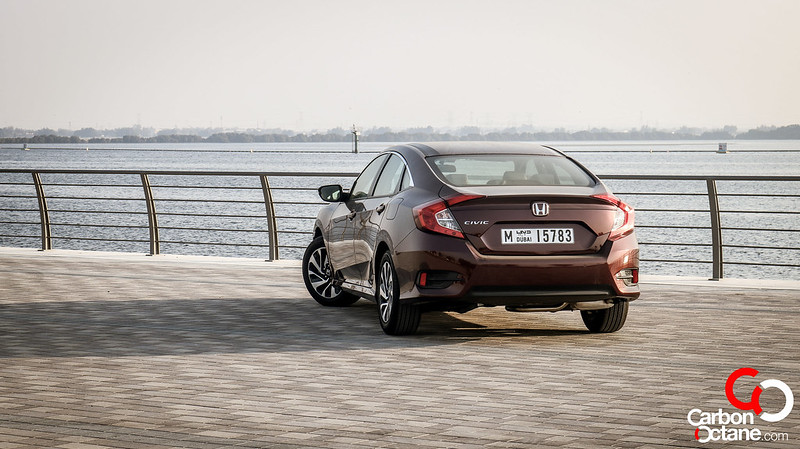 The best part about the Civic is that you cannot tell how good a car it is. It is comfortable, well built, has a smooth drive and makes going around a breeze. You stop thinking about the car and starting thinking about whats more important. And that’s ultimately the true strength in the Civic. It’s immaculateness makes it possible to blend in seamlessly to your daily life. 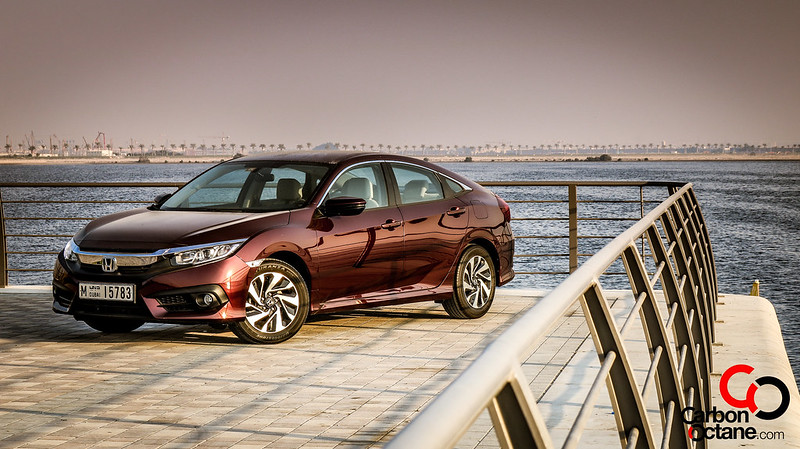 Not many cars can do that, not at its price point and not at higher price points. The Civic still makes me smile as it did 2 decades back when I had my first Civic.