For 2017, the Lincoln MKZ gets a makeover and that brilliant 3.0L twin turbocharged V6 which it shares with its elder brother, the Continental. 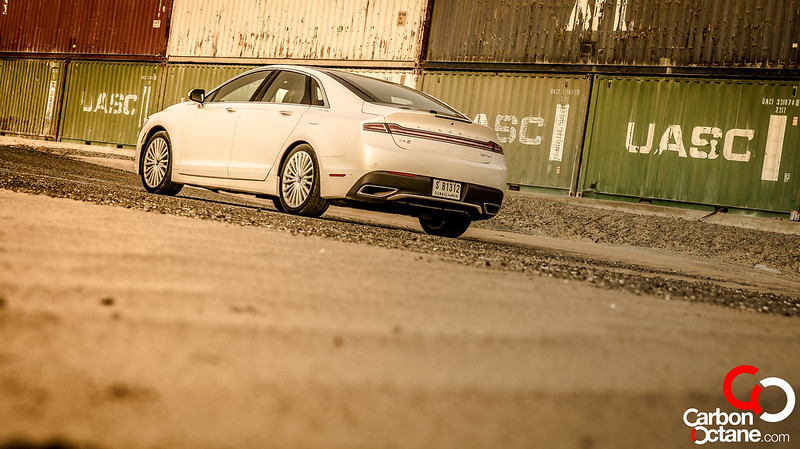 Lincoln’s gear shifter or the lack of it needs getting used to but then again Aston Martin’s gear “buttons” are kinda similar in application to the MKZ. Other than this quirky layout which is compensated by its floating center console and creating extra storage space, we have nothing to complain about. The new facelift, which is limited only to the MKZ’s face looks mature and less busy as the previous one which also had a split front grill. The new grill is more elegant and one piece, borrowed from the Continental no less. There is power, 365 horses powering all four wheels and results in a brisk sprint at any time, and at any gear. The suspension is by far it’s best strength as it soaks up road ripples and basically glides down the uneven road near the old Sana signal, thanks to the massive construction around the area. 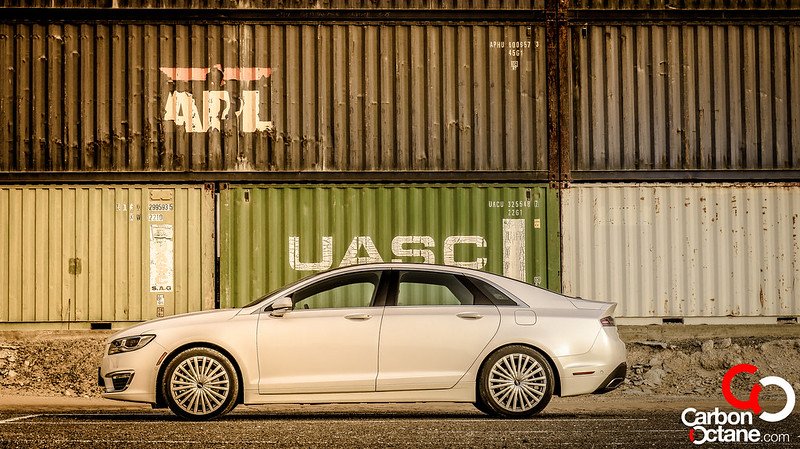 The interior remains unchanged but then again you don’t need to change as it still is unique and ergonomically convenient and comfortable, except for the gear buttons of course. But then again have a look at the pics and judge yourself the flow of its design which exudes a warm welcome whenever you step inside. Revel 14 speaker audio system takes care of the acoustics and is good especially when it comes to punching out those low-frequency bass, there seems to be no distortion even though the volume is crancked all the way up. This says tons about the build quality of the car. 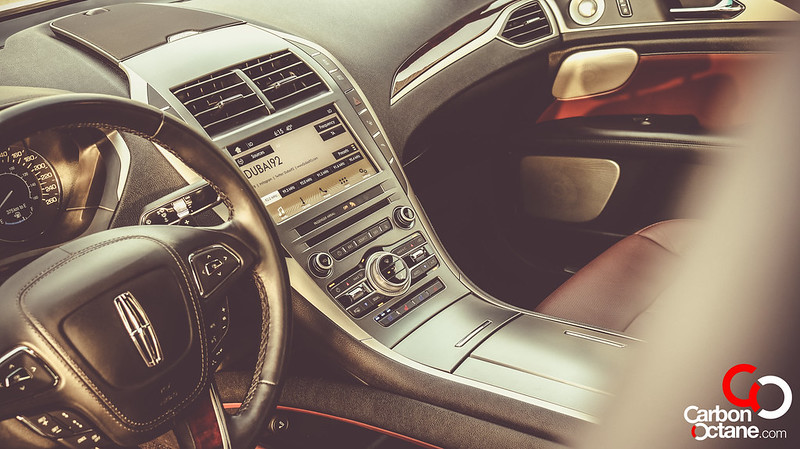 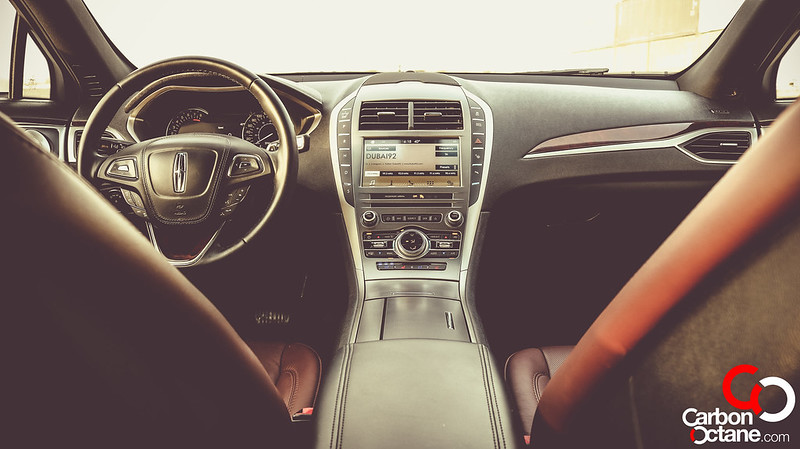 At AED 240,000 the Lincoln MKZ would go head against Cadillac’s CTS and the Lexus GS350; all powered by a V6 and a mix of AWD, FWD and RWD platforms. So where does the MKZ stand in all these? They are all very good cars and drive wise there is nothing to complain. What makes the MKZ stand out is the fact that it looks different! It’s a mix between a sedan and a sport-back. The interior is different in looks and function; doesn’t this just stand out? I think so, it’s different yet familiar. It makes you wonder a bit but then again you need to be slightly fearless. It’s for people who like things that are not ordinary and are risk takers per say. 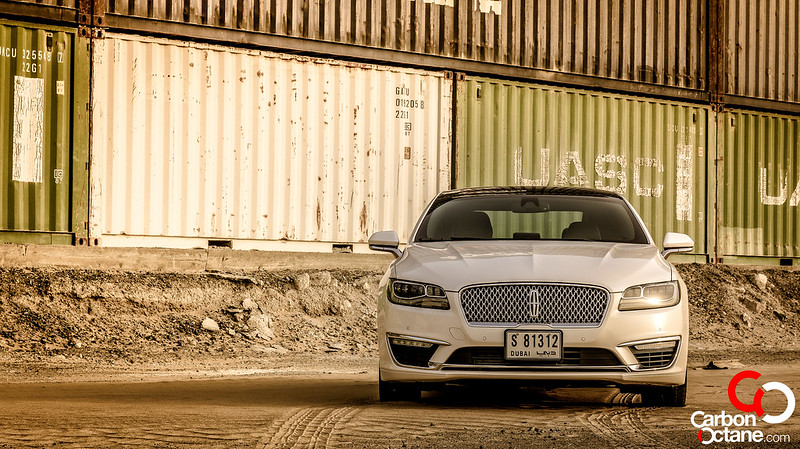 We loved a lot about the MKZ. It’s smooth drive, ventilated seats, and the strong AC not to mention that we can remote start the car which vents out the hot air, perfect for UAE summers. But also we loved its infotainment system which has been upgraded to version 3. What it does is better and faster response time than before and ability to connect iPhone and Android phones using CarPlay and Android Auto making it truly hands-free. 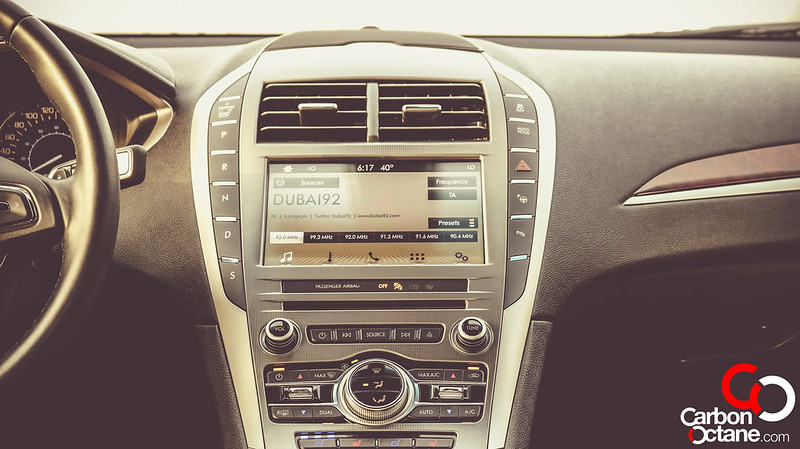 Our tester’s AWD reigned in our over enthusiasm with the accelerator, that’s a good thing because the turbocharged V6 is an excellent engine. The lighter MKZ, compared to the Continental, is made livelier with this engine choice. It’s just brilliant. There are so many great things about this car that sometimes we feel that maybe we are overlooking the bad things. Yes, we may not appreciate the buttoned up drive selectors but then there is nothing else to look out for. 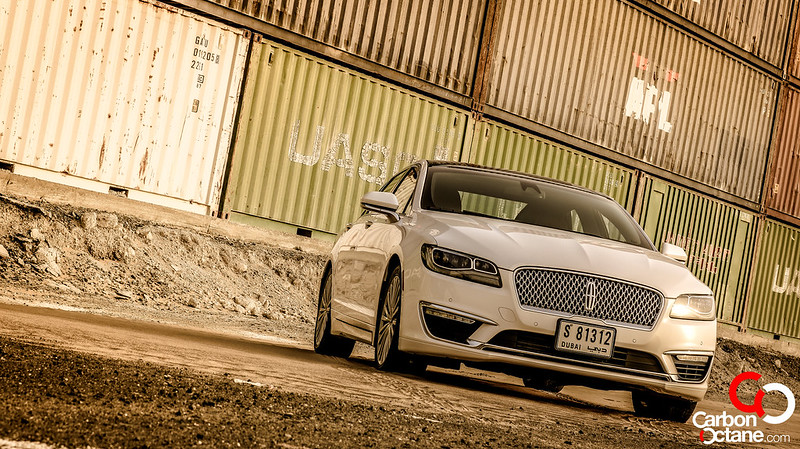 The Lincoln MKZ is a great contender in the mid-sized sedan segment and it starts as low as AED 160,000 for the 2.0L turbocharged variant. You just need to drive it to understand what I have been trying to tell you. Give it a shot, I’m quite sure it will not disappoint you.