The 2017 Cadillac CT6, the American answer to the likes of Mercedes’s S-Class but at the price point of their E-Class. A tall achievement by any standard, but if there was anyone who can pull this off, it has to be Cadillac. These guys are really daring greatly. 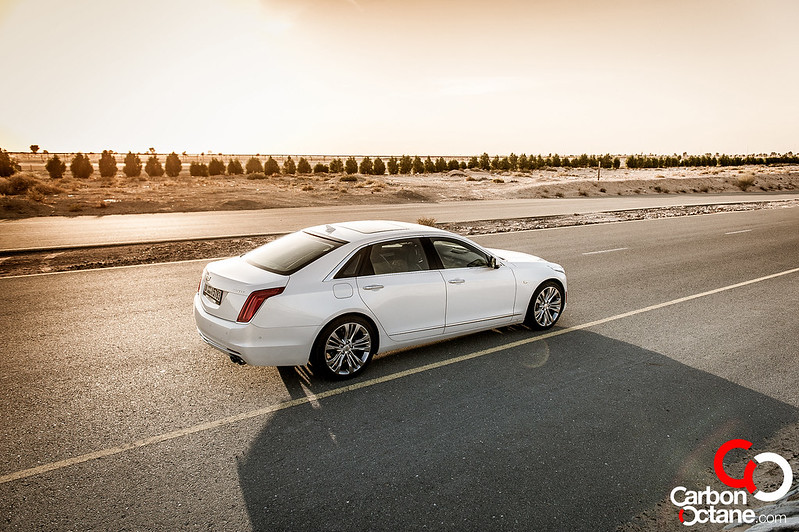 Has Cadillac finally lost its mind, I mean what were they thinking when they decided to take on the German big boys? Well, it’s my fault; the statement above was not exactly meant to be followed or interpreted as is. What Cadillac aims to achieve with their CT6 gives S-Class/7-Series like room and comfort while being priced a segment lower. So one should not expect it to be an S-Class or a 7-Series in the first place. It’s not that Cadillac cannot compete head on, it’s just that the CT6 was not meant to compete head on with them to a point. 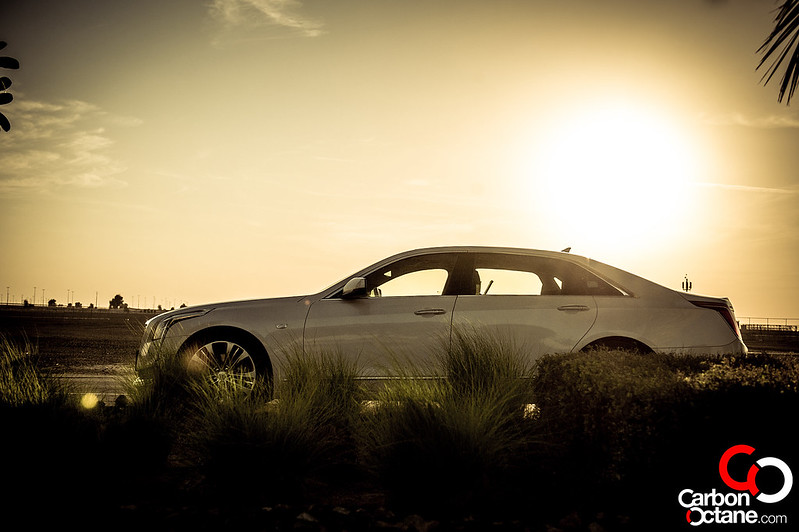 What’s in the CT6? In the Platinum trim, the CT6 is 100kgs lighter than an S400. It comes in AWD and has rear wheel steer to help it turn faster, which helps since it has a full-size length of 204 inches, that’s just 2.5 inches shorter than the S-Class. Power has been given a special nod with the help of a new 3.0L twin turbo-charged V6 which delivers 404hp and 540Nm of torque, enough to propel the CT6 from standstill to 100kmph in 4.6 seconds. What!!! That’s darn fast if we say so. AWD helps reign in the traction to all wheels but 4.6 seconds makes the CT6 a luxury bullet in automotive terms. Cadillac seizes to be a car just for the retired anymore. It’s a true awakening, of a brand that has been out there making cars for the last 115 years and actually older than the brand “Mercedes-Benz” by 24 years, don’t believe me; you can look it up. 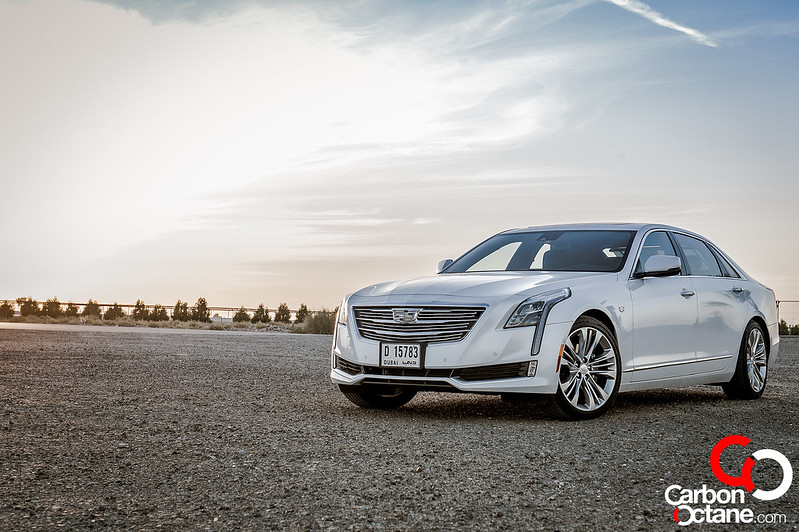 The biggest competitor to the CT6 would be a home grown brand in the likes of Ford’s Continental. Both cars are powered by a turbo-charged V6 and priced similarly. The CT6 has some tricks up its sleeve though. Its magnetic ride dampening feels better on the road than expected or from other models like the CTS for example. The all wheel steer works wonders while negotiating a tight U-Turn or a parallel park. The audiophile quality is simply on point courtesy of Bose Panaray Sound System that employs a whopping 34 strategically placed speakers to immerse its occupant into a musical nirvana. I liked it because it could punch out those low-frequency bass without any distortion. 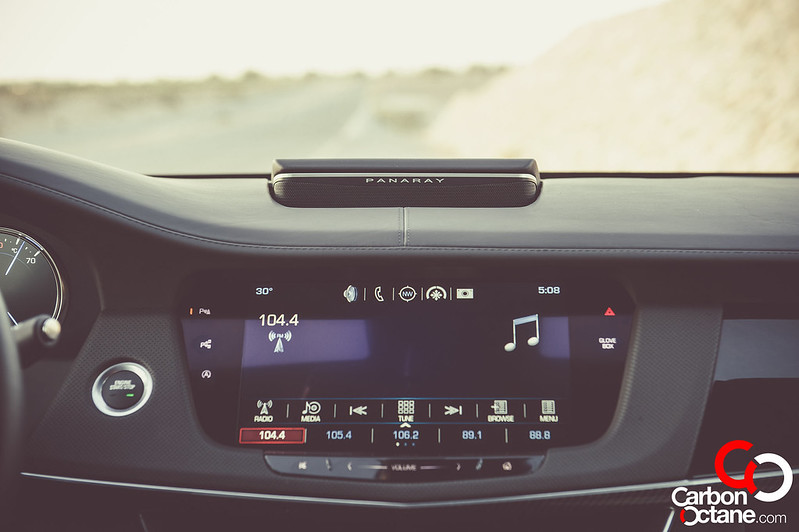 Our 2017 Cadillac CT6 features premium Semi-Aniline full-leather seating, with 20 way power seat adjustments for front seats, reclining capabilities for the rear seats and ventilation and massage for all seats in a Quad Zone’s climate control environment. The infotainment system uses a 10.2 inch Cadillac Cue with iPhone and Android integration by Apple CarPlay and Android Auto. 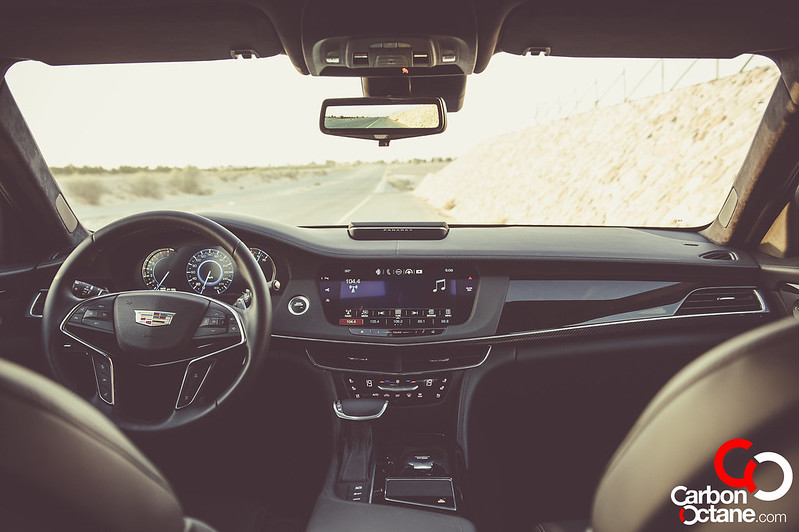 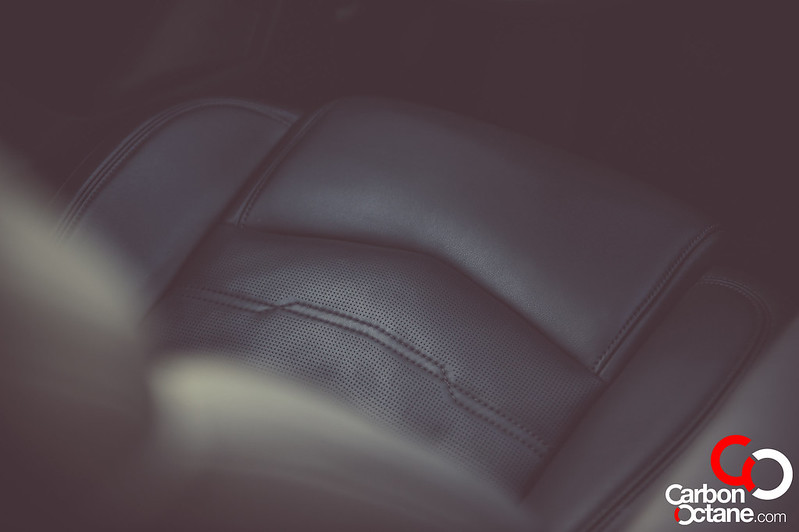 It all sounds like me blurting out the brochure of the CT6, but I had to a bit just to let you all know what we are dealing with here. The CT6 promises a lot and yet manages to deliver. I was keen on its ride feel. For me the benchmark for ultimate Cadillac like ride quality was the Cadillac DTS. Its ability to absorb any rough patches on the road was second to none. Yes the CT6 comes close but then again the CT6 is a much better handling car as well, you would not want it to wobble around when taking a corner. It has an uncanny ability in blending comfort and composure thanks to its finely tuned Magnetic Ride Controller. 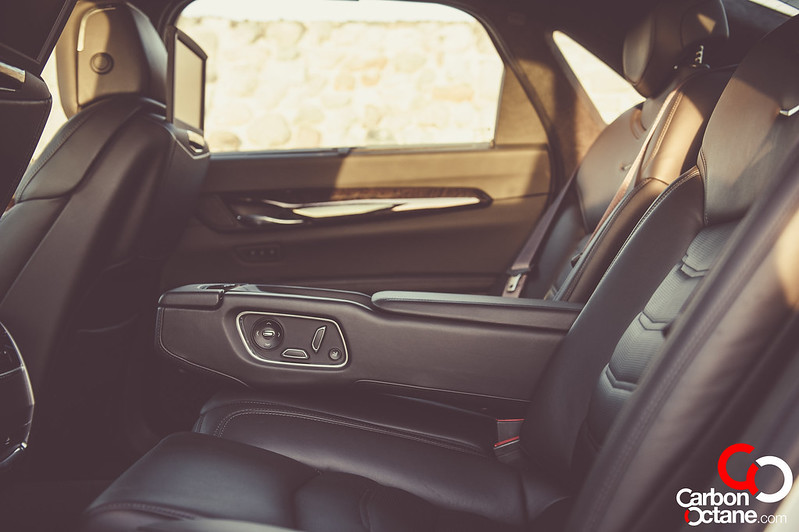 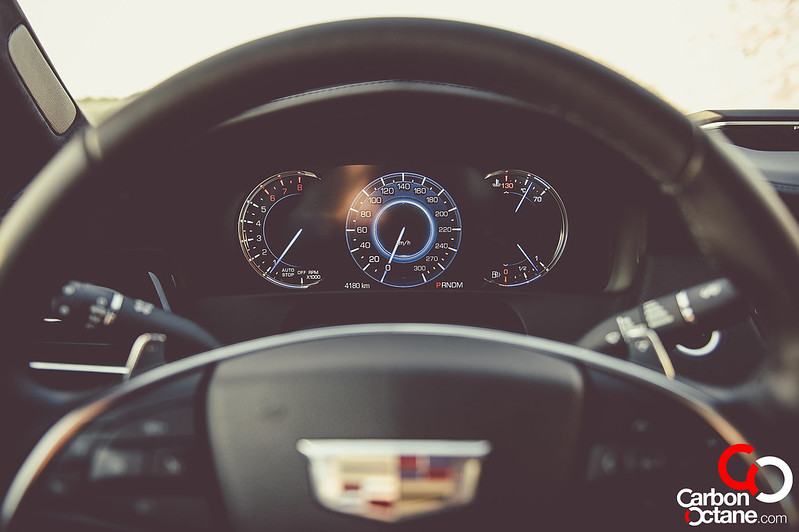 There are rumors of a 4.2L V8 twin-turbocharged power-plant for the CT6, now that would be something to look forward to, but till then the forced induction V6 and sub 5 seconds sprit to 100kmph is more than enough for anyone looking for power, comfort and most importantly “wallet friendly”. 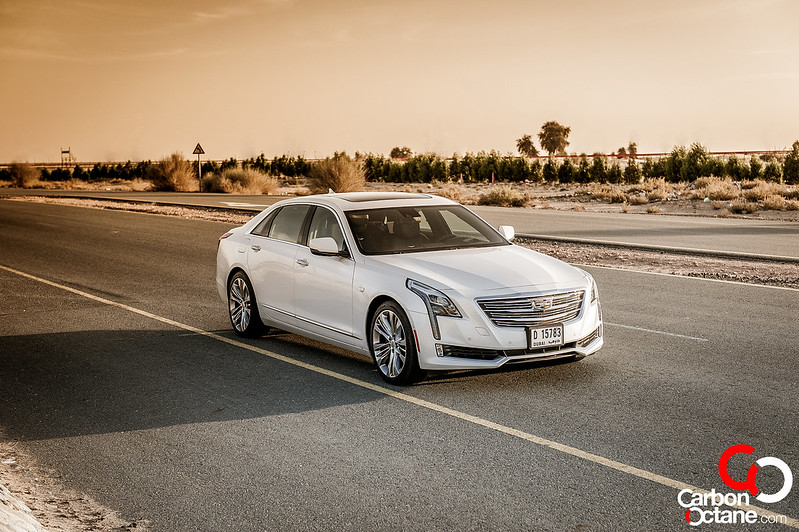