The Cadillac ATS-V Coupe is a rude awakening to the likes of BMW’s M4, Mercedes’s C63S AMG and Audi’s RS4. And with a starting price of AED 265,000 it is much more affordable as well. But does it really have that magic which has literally floored automotive enthusiasts and kept them glued to the German trio? 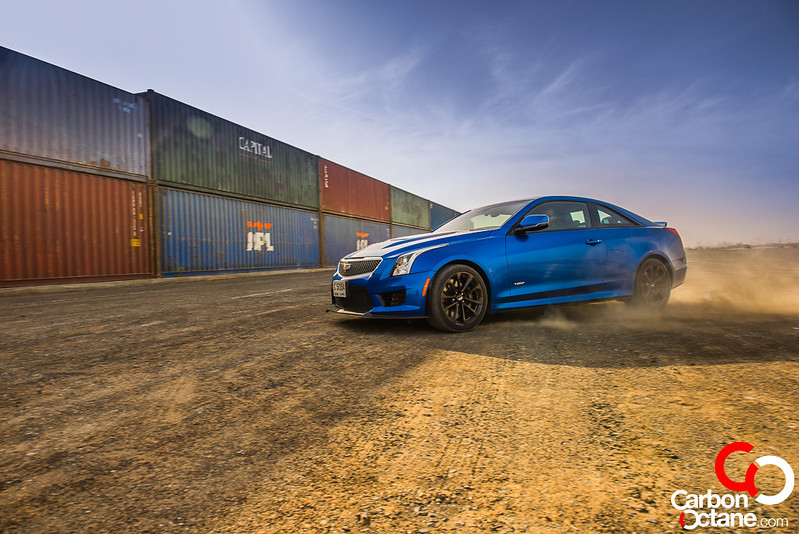 To answer that, let us start with the drivetrain of the Cadillac ATS-V Coupe. In the heart of it all, lies a 3.6L V6 force fed by twin turbochargers and produces 464Hp and a very beefy 603Nm of torque. To put its power in perspective, the ATS-V has 30 more hp and 50 more Nm of torque than the M4 but falls short of the C63S’s massive 505Hp and 700Nm of torque. Let us not judge solely on figures, we know how capable the M4 is around the track against the C63S even though it is underpowered. In reality a lot of things need to fall in place. Having a performance car that actually performs is like an amalgamation of jigsaw puzzles finally falling in the right place and creating an atmosphere where we say, “It just feels right”. 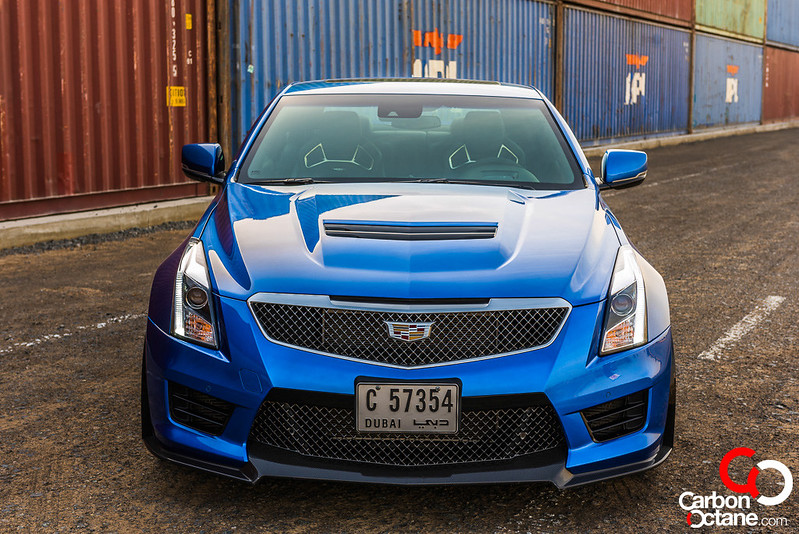 So, does the Cadillac ATS-V feel right? Yes, in most cases it does. Before we got to review it on the road, Cadillac Arabia was kind enough to give the reigns of the ATS-V on the Yas Marina Circuit. What we experienced was nothing short of complete exhilaration. The ATS-V was able to complete lap after lap giving us feel of the track and satisfying us on its nimble nature and equally sorted suspension which was able to tackle the negative camber turns of the track without going wide. Whether you are talking about the almost zero pedal fade from the Brembo brakes that seems eager to scrub off pace as soon as its depressed to the quick and firm acceleration from the almost zero lag twin turbocharged V6. So much so, that I preferred this on the track over the CTS-V which has 640Hp. There you see, it’s not always about horsepower. 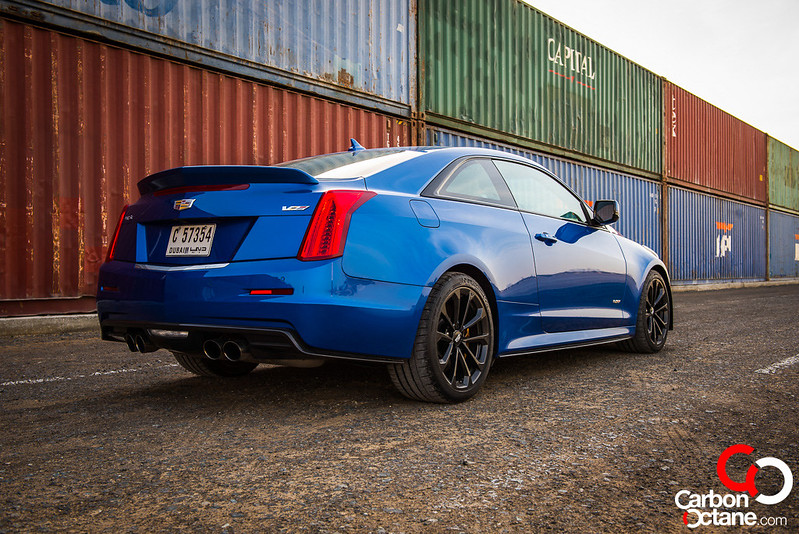 Cadillac has pulled up their sleeves while going to the drawing boards for the all new ATS-V. Every detail was considered to function rather than just looks. Cooling the engine requires 6 water and oil coolers than needs to be placed in strategic places with vents. The hood is made of carbon fiber, to reduce weight without sacrificing strength. The engine gets lightweight connecting rods and titanium aluminum turbine wheels and the perception of zero lag from the turbo chargers are achieved by a trick low volume charge air cooler. 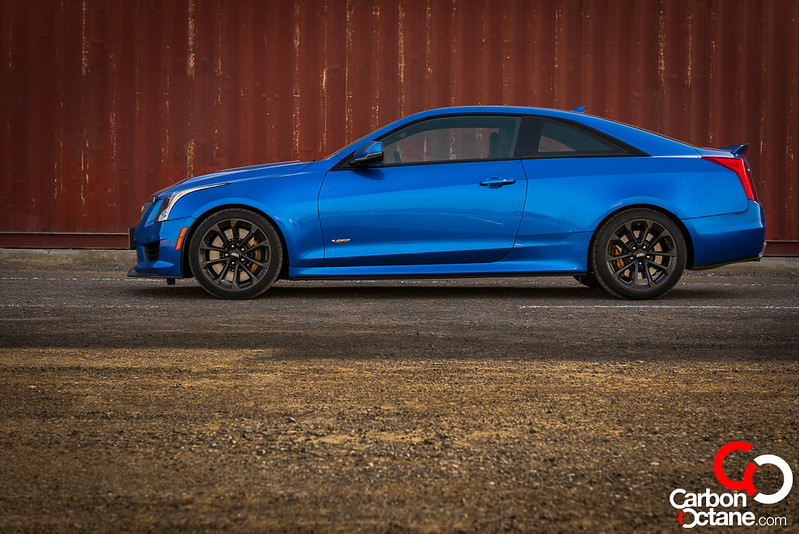 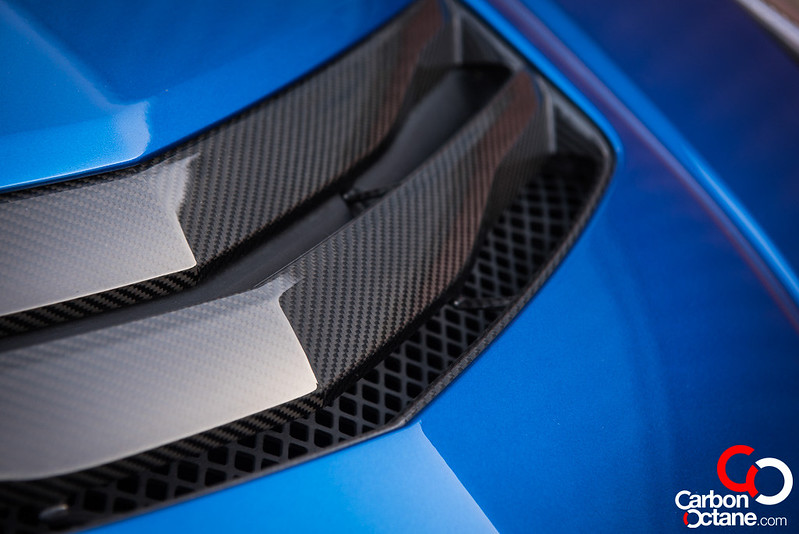 Inside the ATS-V is very similar to the ATS, albeit the trim. The steering gets thicker paddings and alcantara lining as well as Recaro two tones seats that hug you and keep you wrapped up snug while you take on some g-forces around the bends. The dashboard and the rest are almost identical to the ATS expect for the fact that the ATS-V now has a front facing camera located next to the rear view mirror that can record onto an SD card your trip. The neat part is that it will also superimpose the speedo and the rpm readings as well. Time to hit Jabel Jais every weekend!!! 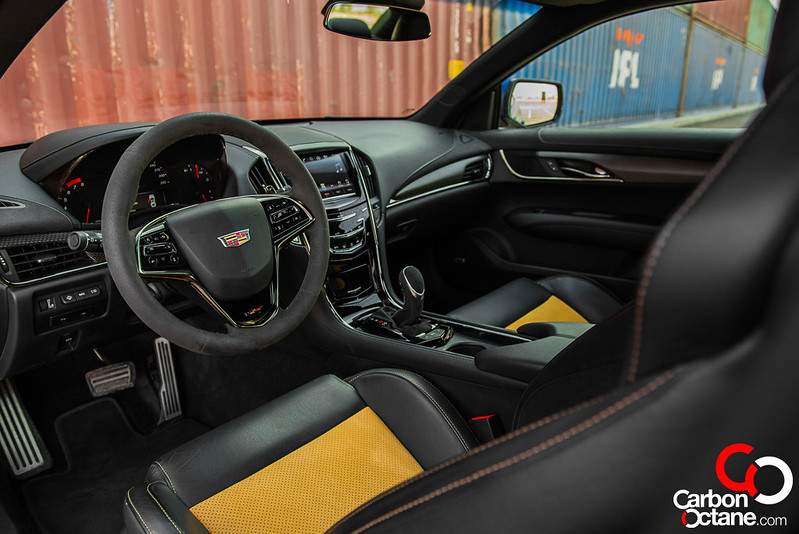 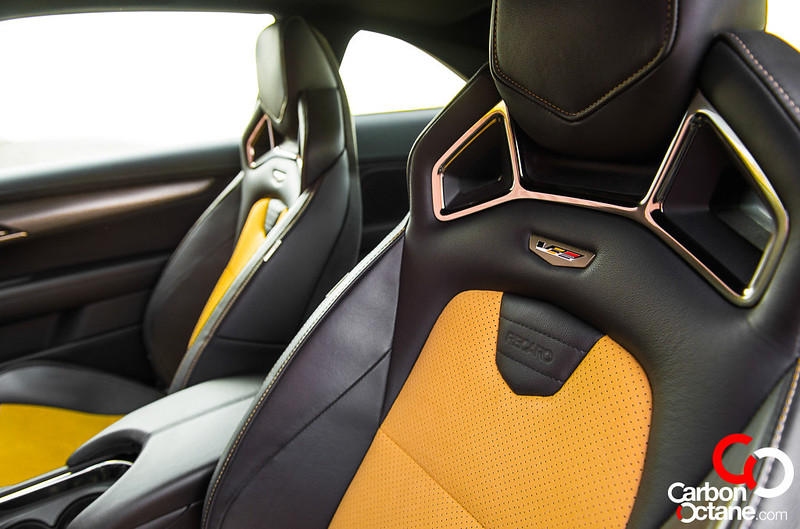 A true testament of a sorted car is the ability to do multiples tasks well. The ATS-V does track and regular road drives equally well. You can have a quiet conversation with your partner as you cruise along the beach road. In fact you can buy the ATS-V for your everyday car. It’s marginally stiffer than the regular ATS in my opinion and looks way better with the aggressive aero kits. As far as the real competition it was designed for, which was to be an alternative to the M4 or the C63, I am taking out the AWD RS4 for now, the ATS-V is there but not quite. I’m sure the next itineration of the ATS-V would be the game changer but this is as close as it gets. For the first time, the Americans can keep up with the Germans at the latter’s playing field. This in itself says a lot about the capabilities of the ATS-V. 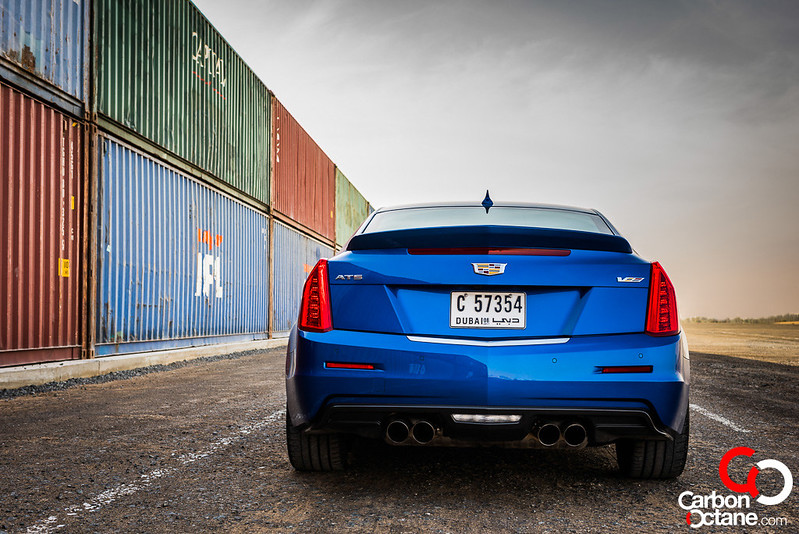