Lets face it, the Bavarians certainly knows a thing or two when it comes to building great cars. For decades, the BMW 5 Series has held the crown for being the best mid sized luxury car in the world. Lately, Mercedes-Benz and Audi has come up with rather stiff competition so does the new 5 Series have what it takes to lead the pack?

What can you say about the new BMW 5 Series? Well there are many adjectives that can describe it, and it’s quite obvious that the all-new 5 Series has huge shoes to fill on carrying BMW’s legacy as the definitive standard for other mid-sized luxury vehicles to follow. With competition from the newly launched Mercedes-Benz’s juggernaut – the E Class; the new 5 Series has some mega serious competition. 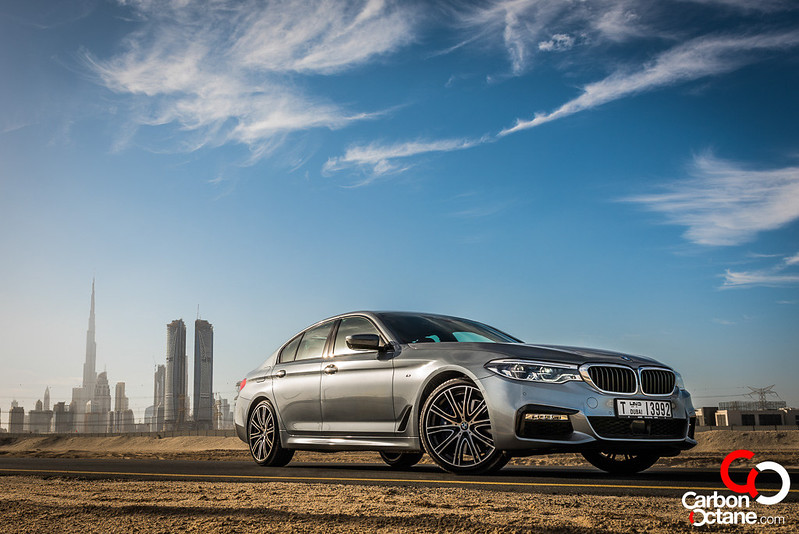 Such adversity only brings out the best from this Bavarian automotive manufacturer. What do we get now? The all-new 5 Series is 100 kgs lighter than its previous model and boasts a very low coefficient of drag of 0.22, not to mention it can perform steering and lane assist up to 210 kmph. Our tester is a 540i M Sport, what does that mean? Well for start we get an inline 6 turbocharged engine good for 340 hp and mated to a super smooth 8 speed ZF gearbox and can sprint to 100kmph in 5.1 seconds. You can opt for X Drive which is BMW’s answer to Audi’s Quattro and Mercedes’s 4 Matic and that would reduce the sprint to an incredible 4.8 seconds. 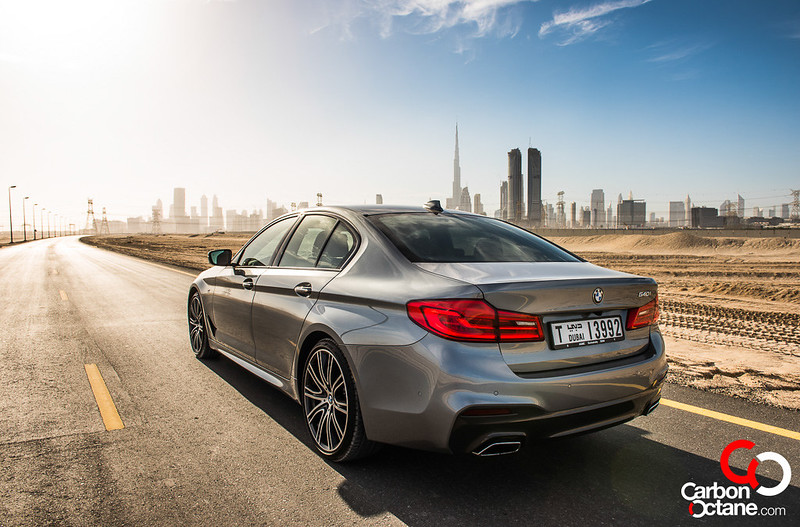 Lately, we are seeing that the design trend of the larger vehicle is filtered down to the smaller segment vehicles. Take Mercedes-Benz’s S Class as an example, its design has filtered into their C Class and now into their E Class, the same has happened with BWM. The interior and the exterior mimics the design language of the 7 Series which was launched early last year. This is not a bad thing but gone are the days when the 5 Series was significantly different from the 3 and the 7 Series. 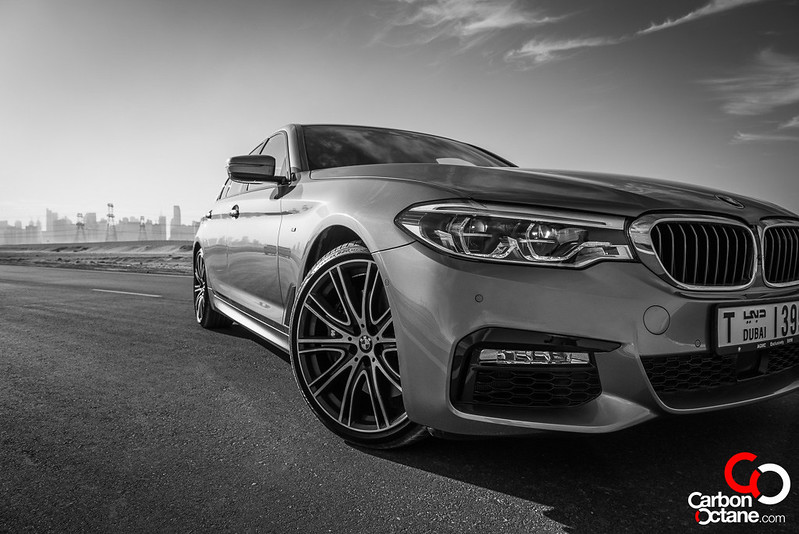 Features like gesture control and instrumentation layout and user interface is identical to that of the 7 Series. The interior of the new 5 Series is typical BWM; the attention to details, the placement of the buttons and their tactile feel, the led accents that brings in a certain serene mood at night and the digital dashboard which could be easily mistaken for being analogue are just the welcome tones into its well planned and inviting interior. Once you are inside the 5 Series, you get a sense of accomplishment about life. Yes, it is indeed a happy environment to be in. 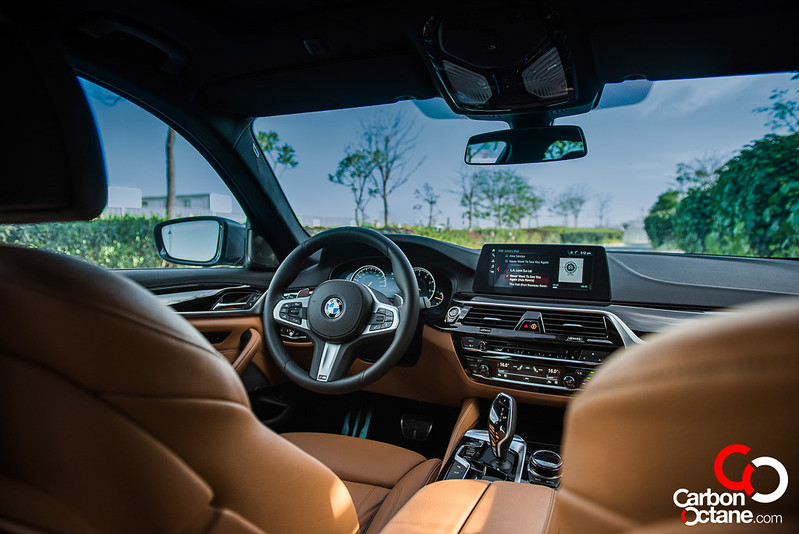 BMW over the years have ventured into a more relaxed drive, the actual driving machine in our opinion would be their M vehicles, this was not the case a decade back where the 5 Series gave you the tactile feel of driving, a sense that had captivated BMW fans of all ages and cemented their tag line “The Ultimate Driving Machine”. These days electronically assisted steering and super tricked out suspension gives better balance while sacrificing driving feel. It is true that most drivers do not want much driving feel for their everyday vehicle and it makes sense. Comfort, safety and connectivity are key in luring customers these days. 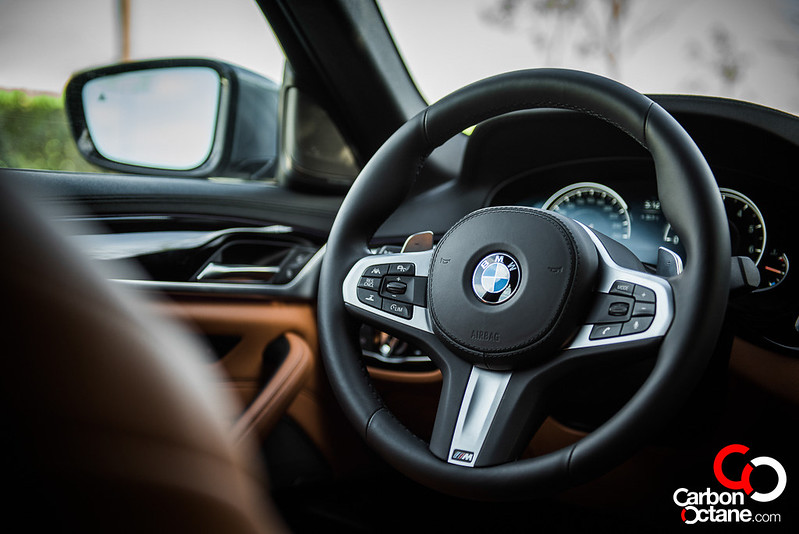 However we were not disappointed with the way the 5 Series ran and our weekend became exponentially more exhilarating. The inline 6 forced induction can break the rear wheel traction with ease and the sheer completeness of the 5 Series has the uncanny ability to hide speed, a look at the speedometer from time to time is the only reference to how fast you are travelling. The fact that there is a speed limiter button helped us numerous times from getting flashed. The cabin is supremely isolated and unfortunately blocks out the wonder growl that would be otherwise filtered into the cabin for its magnificent inline 6. 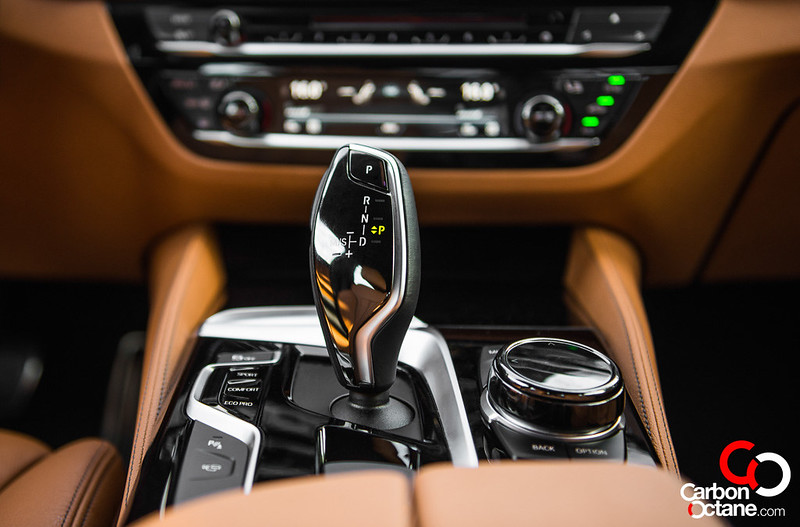 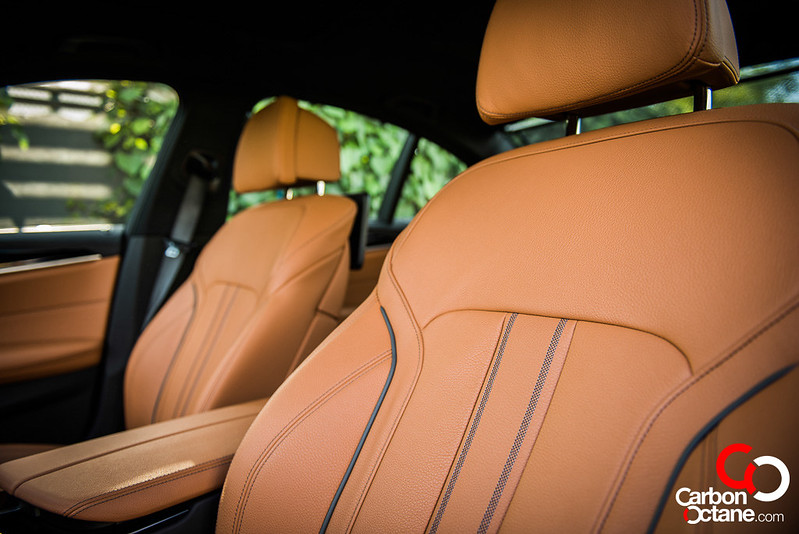 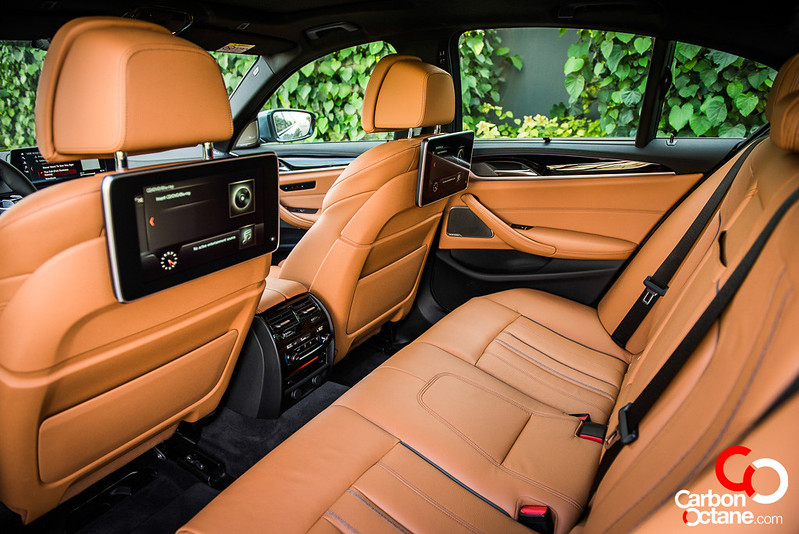 The chassis and the steering calibration is still what makes us glued to this legend. The 5 Series has always been an executive sedan that gives comfort, security and its sheer driving pleasure. These days, driving pleasure is defined differently but we can say for a fact that when it comes to chassis engineering, nothing comes close to this. Its poise and balance is second to none and the steering column provides just enough feedback while maintaining a direct communication and control of the driving surface. You know exactly what the tires are doing, the angle of the car and its tilt. You are just one with the car. That’s BMW for you. 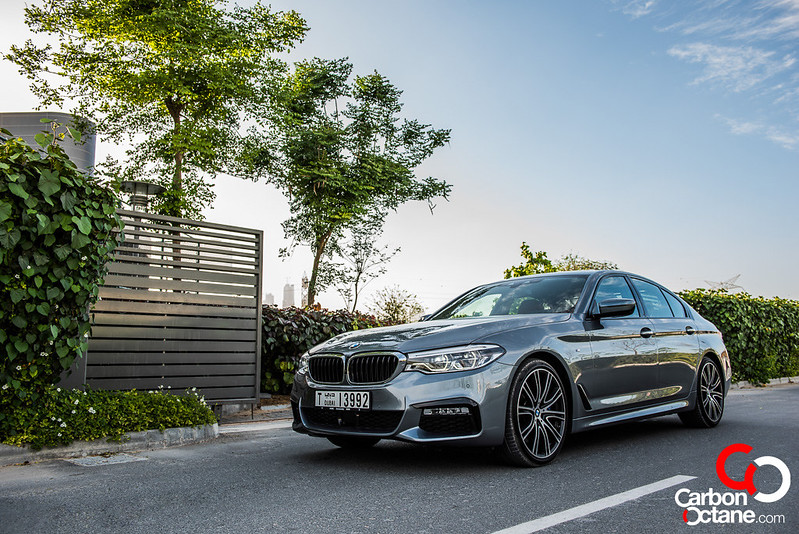 The BMW 540i continues its age old tradition of what an Ultimate Driving Machine is supposed to be.