HomeNews4th MIDDLE EAST CAR OF THE YEAR AWARDS TO ANNOUNCE ...

Abu Dhabi, United Arab Emirates, March 12, 2017: International car manufacturers expressed their delight as the 4th consecutive Middle East Car of the Year Awards (MECOTY), which will be held on 30th March 2017 at ADNEC, Abu Dhabi, reached its final round after 9 months of conducting regional test drives and voting. 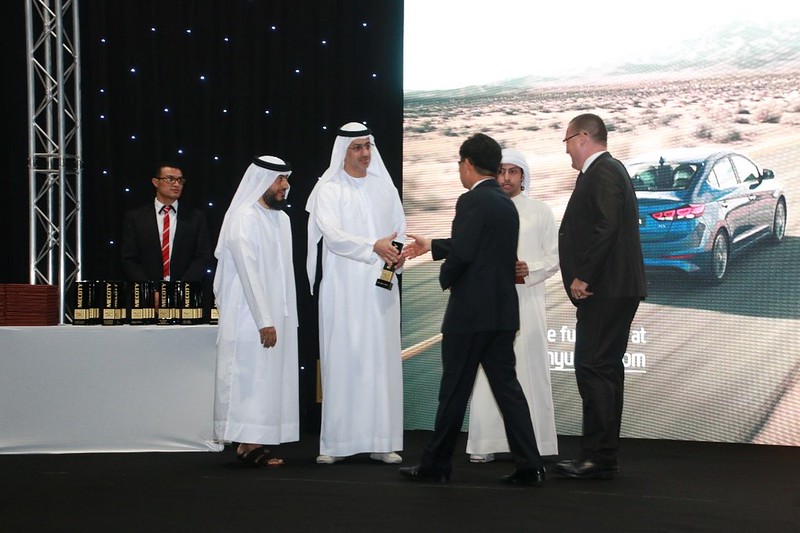 ‘’ We are delighted to be nominated in three categories at the 2017 Middle East Car of the Year (MECOTY) awards which is recognised as the most prestigious awards in the regional automotive industry. We also appreciate our customers for their support and loyalty in making Toyota and Lexus one of the most admired automotive brands in the region.” said Takayuki Yoshitsugu, Chief Representative of Middle East & North Africa Representative Office, Toyota Motor Corporation. The nominees underwent a stringent voting process by a select panel of 15 judges, who are handpicked to represent their respective countries, including; UAE, Kuwait, Bahrain, Lebanon, Jordan, Qatar, Egypt, Oman & Saudi Arabia. 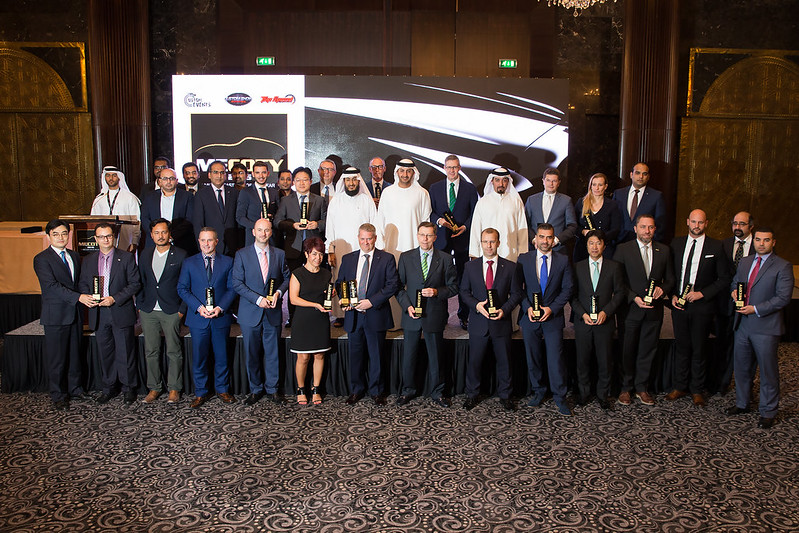 Getting nominated at the annual MECOTY awards is a true testament for manufacturers that proves that their models are in line with consumer needs and re-affirms their commitment of providing world-class vehicles and after sales service.

Speaking about this year’s awards, Bruce Robertson, Managing Director of Jaguar Land Rover MENA said: “It is an honour to have two of our newest and most highly acclaimed Jaguar vehicles in the running for the fourth edition of the Middle East Car of the Year awards. After a world-first launch at the Burj Khalifa in May, we are excited to see the Jaguar F-PACE performance crossover nominated for ‘Compact Premium Performance SUV’ at MECOTY 2017 as it continues to make a big impact in the automotive industry with its unrivalled dynamics, design and everydayusability. The Jaguar F-TYPE SVR is the first series production Jaguar to be developed by our Special Vehicle Operations unit and has no doubt been nominated for ‘Premium Performance Coupe’ due to its precision engineering, performance and design. We look forward to seeing how both of these vehicles continue to resonate with audiences in the region.”

“We are pleased with the three nominations the Ford brand received from the esteemed panel of MECOTY jurors,” said Sue Nigoghossian, General Manager, Communications, Ford Middle East & North Africa. “Ford Motor Company thrives to design and build cars, trucks and SUVs that not only win awards, but that customers want and value. With the compact Ford Figo, the all-new Ford Edge crossover and the new Ford Ranger compact pickup we have a lineup of strong contenders in their respective categories.”

Voting lines were made open from Feb 15 – March 15 2017 for the highly coveted ‘Public COTY’ award, which registered in excess of 94,000 unique votes from around the world in its previous edition. Two unique vehicles will also receive special awards during the ceremony for their unparalleled design and technology features.

“We are proud to announce nominations of the all new SUV KOLEOS and the new Dsegment Talisman for the Middle East Car of The Year 2017. Renault is keeping up with its offensive in the SUV segment through the all new Koleos, which combines style, comfort and advanced technology. It has all the hallmarks of a charismatic SUV. We are also confident with the Talisman, which delivers the best engine performance of its category. Talisman offers a distinctive blend of comfort and driving enjoyment.” - Marwan Haidamous, Managing Director of Renault Middle East.

“We are honoured to have our new signature premium sedan S90 nominated to MECOTY Awards this year. This nomination further provides a strong signal that Volvo is on the right track with its new design, engineering, and technology direction especially in the luxury segment,” said Emre Karaer, General Manager of Volvo Cars MENA. “The new S90 forms the second chapter in the complete renewal of Volvo’s product range which began in 2015 with the award winning SUV XC90 and it’s expected to become a major player in the executive sedan segment in coming years,” Karaer added.

The 4th MECOTY will be held on 30th March 2017, alongside the 2nd International Motor Show Abu Dhabi & 3rd Custom Show Emirates at ADNEC, Abu Dhabi, UAE. Full list of jury & nominations can be found on www.mecoty.com