The 2016 GMC Yukon Denali is America’s answer to a quiet, comfort family hauler. In the middle east and let’s concentrate on the Emirates for a bit, the Japanese SUV’s such as the Land Cruiser and the Patrol have been the first choice when it comes to what people look for in the large SUV category. How does GMC’s Yukon Denali fair in this ultra, tough market?

Surprisingly its toughest competitor comes from its brother from another mother, namely the Cadillac Escalade. Drivetrain wise they are both identical, it’s their interior trim and of course the way they look differs, very much similar to what the Land Cruiser VXR is to the Lexus LX570 or for the Nissan fans here, the Patrol is to the Infiniti QX80; if you get my drift. At 420 horses, the Yukon Denali packs quite a few extra ponies than the Japanese duo but contrary to stereotyping an American V8 to be a gas-guzzling monstrosity the GMC Yukon Denali has a neat cylinder deactivation mechanism where at cruising the engine shuts down four of its cylinders. This reduces fuel consumption quite a bit and we could push to almost 700 kms on a full tank of gas. You need to take into consideration that we were able to get 700 kms on a tank capacity of 98L as compared to that of a Land Cruiser which has a tank capacity of 136L. 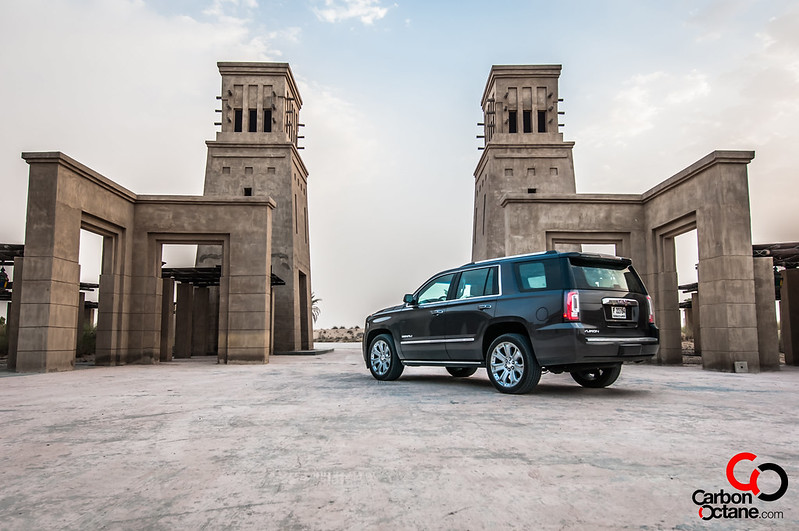 So what differentiates the Yukon Denali from the Land Cruiser and the Patrol, first of all it’s the massive amount of space inside. It’s hard to compete against space with an American. The only other SUV that would give the Yukon a run for its money in terms of interior space would be Ford’s Expedition and the Yukon beats out the Japanese duo even on the leg-space for even the third row seats. With the needs of the family in mind, as one would expect these days, the Yukon Denali has USB ports everywhere to power the countless cell phones and iPad’s. Storage is abundant and with a cool box unit located below the center arm-rest, the Yukon Denali has it covered. Getting into a large vehicle, one would need a helping hand and once any of the doors are opened a retractable floor board appears as a stepping stone to the vehicle. One of the best features for a large SUV which in our opinion should come standard in most vehicles. 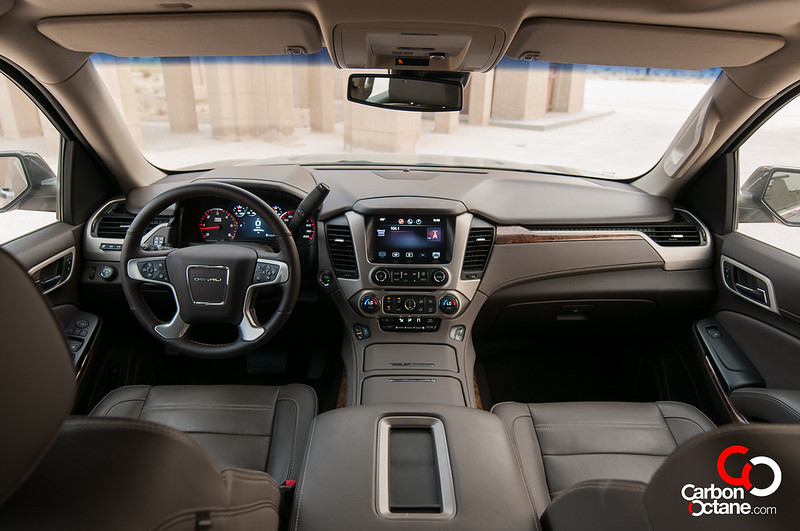 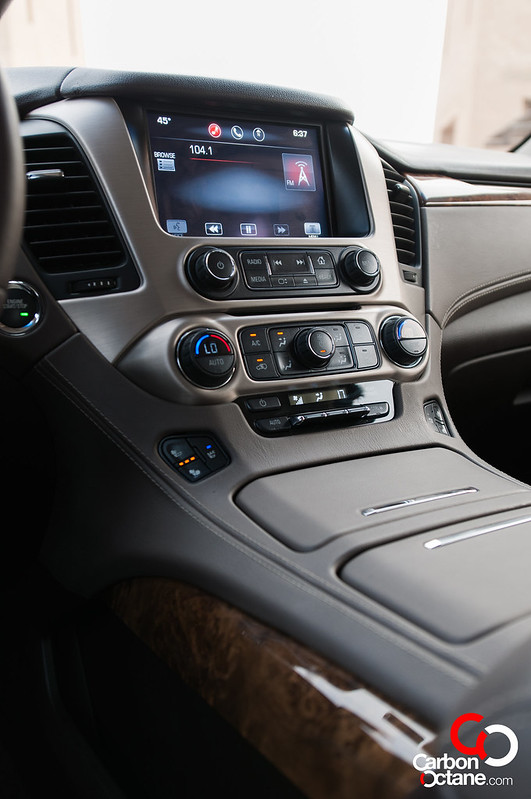 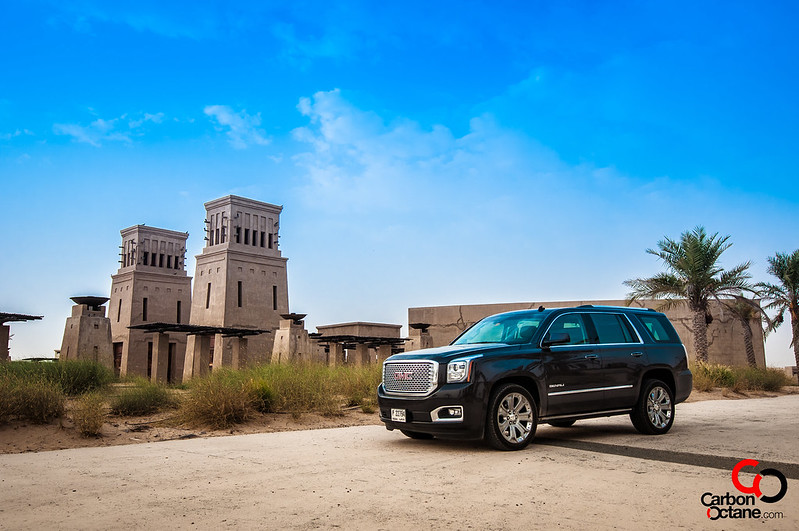 Can you live with the Yukon Denali as an everyday vehicle? Yes, in Dubai you can. The large size does give one a sense of safety but we did not face much problems negotiating the tight parking spaces at the malls. Frankly the public roads and mall parking is where the Yukon would be spending most of its time. The high seating position and the ease in judging the front corners of the SUV as well as the aid of the rear camera makes parking a breeze, it does not come with a full 360 degree camera but we did not miss that feature, that’s a feature that would actually come handy on the Sierra though. 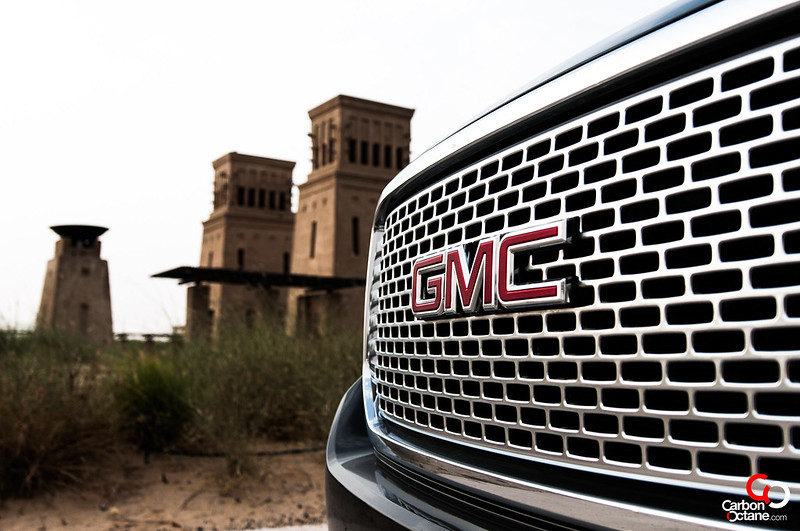 Inside the Yukon Denali, you have all the creature comforts that you can ask for. From heated and cooled front seats to blind spot monitors, you can also adjust the pedals to get the right seating position. This SUV has it all, GMC has always been known as a sturdy brand but now with the Denali trim you get comfort coupled with ability. The 22 inch tires does a great job absorbing small imperfections of the road, thanks mainly to the magnetic ride suspension it shares with the Escalade but we would have enjoyed the ride more if it came with 20 inch rims which you can get as well but have to step a trim lower. 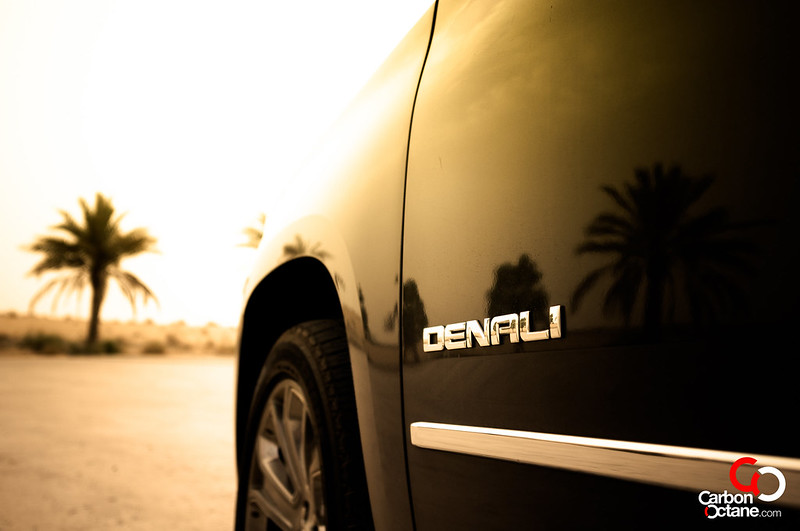 So why would you need a Yukon Denali, or any large SUV for that matter? Well, it’s all about convenience and space and comfort and maintenance charges. Head up to GMC’s service department which is located behind Times Square Center in Dubai and you get to see their service figures clearly mentioned on a board. It’s the level of GMC’s transparency that inspires confidence and gets rid of the fact that there are no additional hidden charges. I, personally, am in love with the Yukon Denali, to the point that I am seriously considering having one for the family. It is the perfect getaway vehicle for those long trips with friends and family. The air-conditioning unit literally chills the interior in the hottest month of the year, that says a lot and the fact that it comes with remote start is an added bonus. 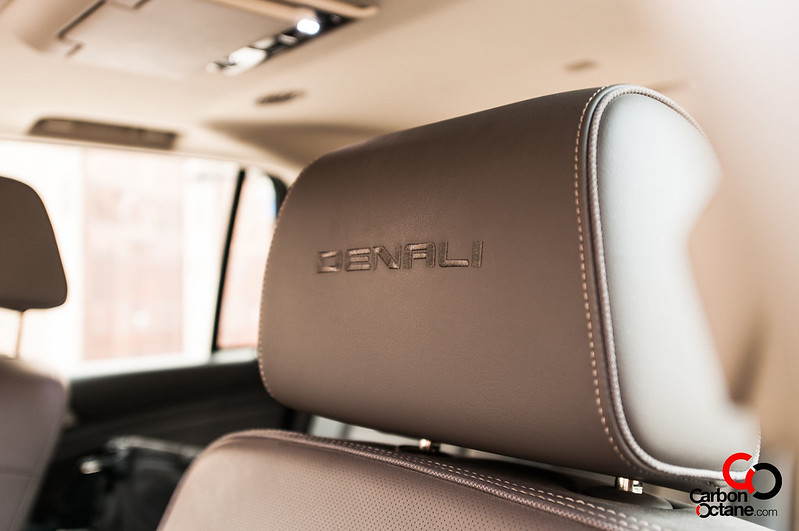 Little details and creature comfort does matter because these small amenities makes every day driving a stress-free and a relaxed undertaking. 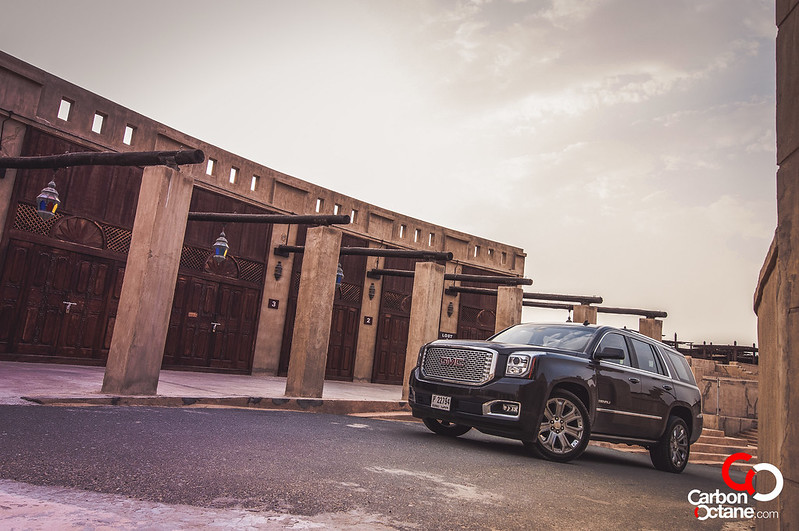