Toyota has pretty much re-defined the concept of mid-life facelift. Whereas we were used to seeing subtle changes in headlight and tail-lamp trims, maybe a few different color options and rim design, this time for the 2016 Land Cruiser we get a complete revamped look. Yes the basic vehicle is the same but once you get to see the 2015 and the 2016 side by side, you would for a minute think that the new one is a complete different model. So what have they changed for one of their most iconic models?

The massive facelift doesn’t limit itself to the exterior fascia, what we get is a complete re-design of the front end with the hood and rear and a massive re-fresh of the interior. This is just the visual aspect. Internally the VXR which is the Land Cruiser’s top spec now comes with 8 speed gearbox in an effort to provide better fuel economy. There are three engines to choose from, a 4.0L, 4.6L and the 5.7, which comes with 5, 6 & 8 speed gearbox respectively. The price starts at AED 209,000 and maxes out at AED 325,000 for the VXR, that’s priced just below the Nissan Patrol Platinum LE which retails around AED 330,000 in the UAE. 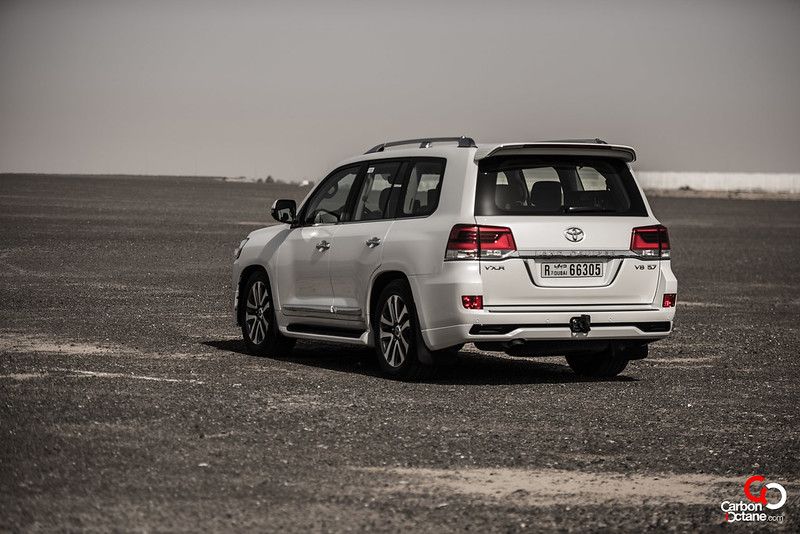 What is it about the Land Cruiser that has a cult like following amongst Emarati’s and expats in the UAE? Well for one, we have been seeing Land Cruisers forever in this region. Al Futtaim, the region’s exclusive Toyota dealership, has been bringing in these utilitarian vehicles since 1955, well before UAE had any proper infrastructure and it suited the lifestyle then and has re-invented itself to the lifestyle of today’s generation. That shows not just the public loyalty of the brand but of also Toyota’s keen sense of their customer’s pulse. How have they achieved this so far? We take for granted Toyota’s market leading reliability, I mean the cars they make just keep on running like the Energizer bunny.

The after sales support and garages that stock original Toyota parts are everywhere, you can get any problem solved in a matter of minutes or at least source their part. Go to Sharjah, and you’d see full front end of the cars for replacement, and that’s all in stock. Let’s get back to the Land Cruiser, what we got was their VXR trim loaded with everything Toyota has to offer for the adventurer in you or for families. It perfectly poised to tackle all the off-road scene in the UAE and be the perfect luxo cruiser for city life. There are different bumper options that varies in their length to the ground, i.e. one would have to opt for a bumper with more clearance if he/she were to buy the Land Cruiser primarily for off-roading or stick to the city trim which you can see in the pics here. Getting into the interior of the Cruiser, you would see significant changes, from the layout of the buttons to the major large screen that encompasses the navigation and multiple functions. Also with crawl control button which was introduced in earlier models, the VXR also comes with quick ratio turn in for off road which basically locks the rear inner wheel and pivots the car to a turn, ideal when there isn’t much room to turn a vehicle of this size in tight spaces. It is a spaceship with buttons, but then again this is a true off-roading vehicle, and Toyota designers have spent a lot of time tidying up the space within the car. The leather feels smooth to the touch and the buttons has a protective sheen on it which makes it look better. It’s the touch and feel of the interior, a space that you as a driver would be spending most of your time in feel like home, but a home that has been decorated with an interior designer. 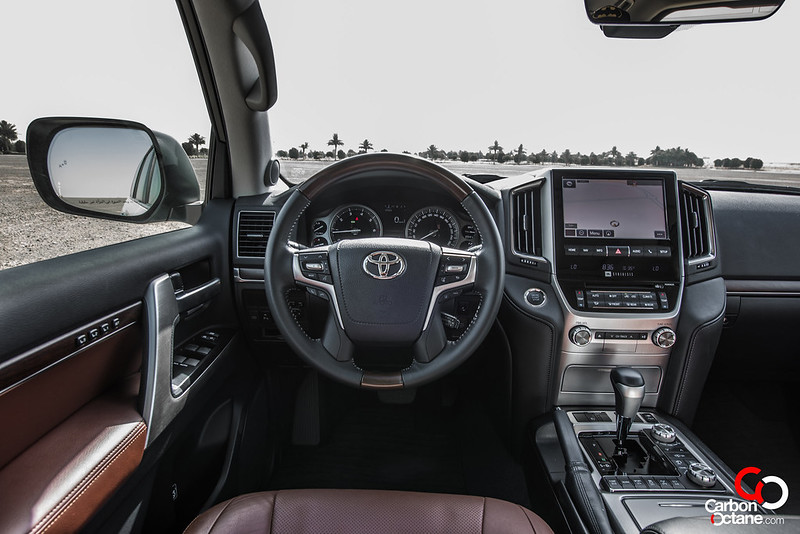 On the road, the Land Cruiser has the uncanny ability to smooth out any road imperfections, much like the Range Rover Vogue; you feel like you are gliding on a soft cushion of air. And as with all Land Cruisers of the past, the size and weight has one small disadvantage and that’s the tilt when engaging a corner but in no way the vehicle is not in control. We have pushed the big SUV hard in corners, and though the body weight was relevant the poise was very neutral. The steering is heavy and much weighted, personally not my taste but it’s a safety feature for such a big car with a higher center of gravity. 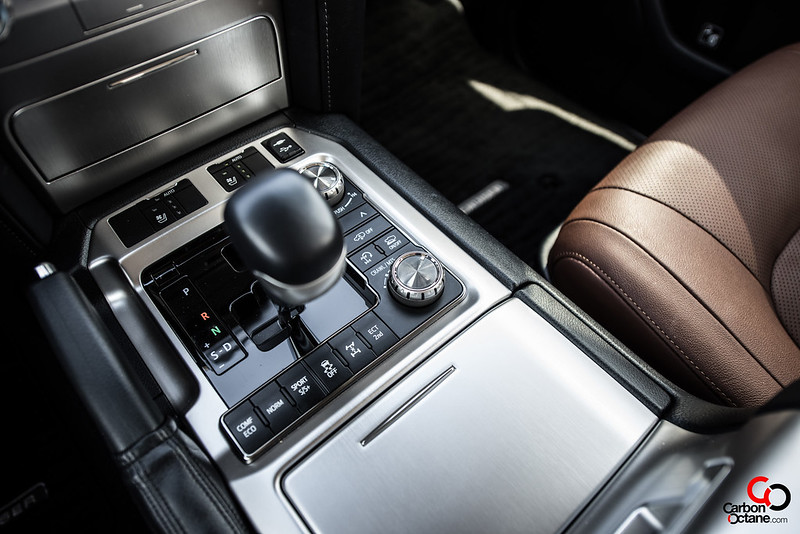 What we have realized is that there are two kinds of Land Cruiser owners in this region, one who hardly venture past the occasional jumping a curb to those who love the desert and spent most of their free time exploring the secrets of the UAE. They swear by the Land Cruiser and what’s common in all of them is the fact that they love the predictability of the solid axle while negotiating the crests of the dunes. An off-roader has to know how his vehicle behaves in order to negotiate a climb, or crests surfing or full on baja sprint. The Land Cruiser is such a vehicle, that thought it has been re-fined throughout the ages, their off-road mannerism has stayed the same. 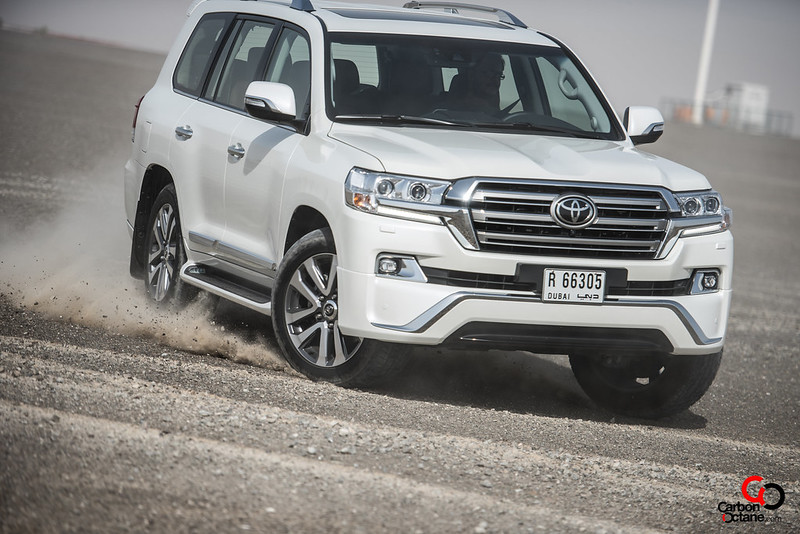 A case in point where many families have multiple Land Cruisers in their garages from different years. And they don’t want to change. Our road test was limited to road driving and with the new 8 speed gearbox we were able to hot 700kms on a full tank of gas, mind you that has been a regular drive and time while the vehicle was on during our long photo-shoot.

There you have it, the 2016 Land Cruiser, a no nonsense, everyday SUV that is equally at home on and off the road.