Nissan has unveiled the new 2017 Nissan Altima for the Middle East. The reveal of the new model took place at regional event in Dubai, and comes with a fresh new appearance including the “Energetic Flow” exterior styling theme and “Gliding Wing” interior layout, “Class Leading Fuel Economy” and “ Improved Driving Dynamics and Safety Technology”.

“We are excited to launch the 2017 Nissan Altima in the Middle East, which compliments Nissan’s range of innovative, exciting cars and represents Nissan’s vision for the design of the modern passenger car,” said Samir Cherfian, Managing Director of Nissan Middle East.  “The Altima is a popular car in the region and globally, and the new design elements add to the overall appeal of its reliability and features.” 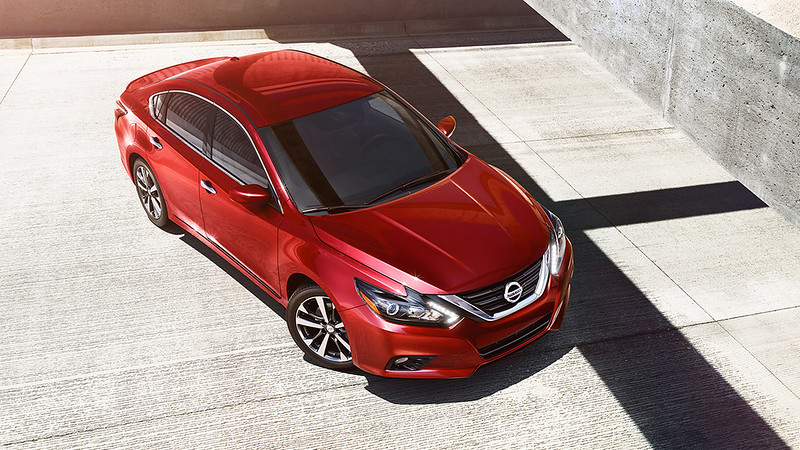 The front end of the 2017 Altima offers the most dramatic change with its energetic flow design, since all panels and pieces forward of the A-pillars are new – fascia, bumper, fenders, hood and lights. Two key elements are the redesigned V-Motion grille and boomerang-shaped headlights, similar to those found on the Maxima. The look is dramatically different from the 2016 Altima design, with a wide, deeply sculpted lower bumper, integrated fog lights (2.5SV, 2.5SL, and 3.5SL models) and prominent chrome-trimmed grille. 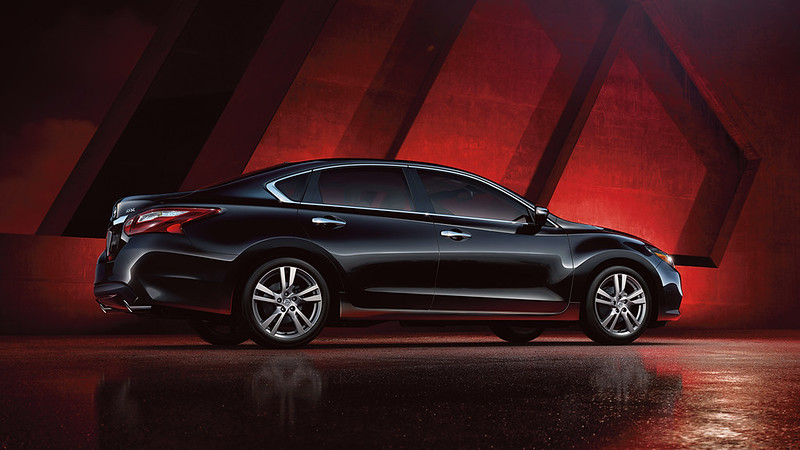 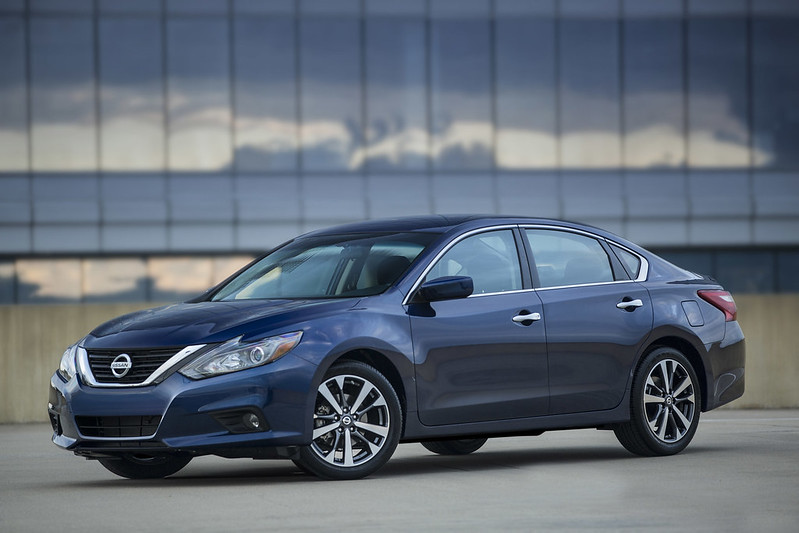 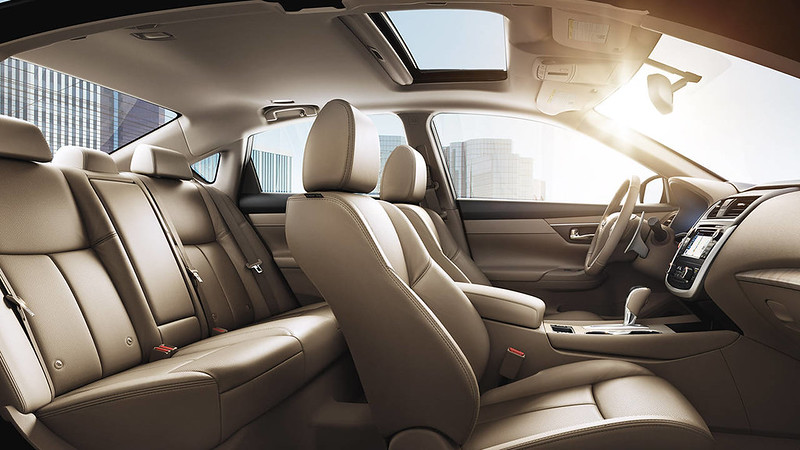 Improved Drive Dynamics Along with the revised appearance, The X-Tronic D-Step CVT equipped in the new Nissan Altima is among the quietest in its segment. Altima has also improved in its coefficient of drag – to 0.26 Cd from the previous 0.29 Cd* (currently similar to the GT-R). The changes come from the addition of an active grille shutter (three percent gain), underfloor aero cover additions (three percent) and the new front and rear fascia and windshield designs (four percent). All of this defines into being best in class with standard fuel economy of 13.2 KM/L.

The Altima have stepped up the safety technology by adding its First in Class Predictive Forward Collision Warning (PFCW), the Blind Spot Warning (BSW). Forward Emergency Braking (FEB), and Rear Cross Traffic Alert (RCTA).The new steering has been reshaped and tuned to provide real time road input and precision (available only on SL grades). The 2017 Altima’s refined interior design follows the new “Gliding Wing” design language. Central to the new look is the revised C-stack with available 5.0-inch and 7.0-inch displays for the Navigation with Mobile Apps. 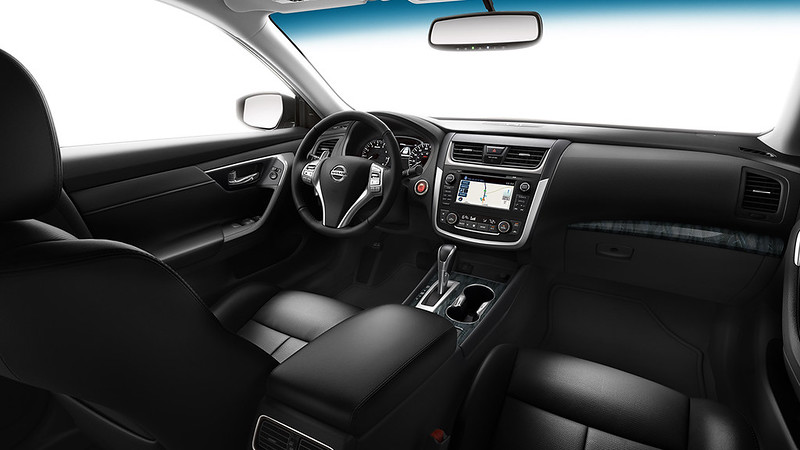 Finishing off with the Acoustic windshield that provides a new level of cabin isolation and quietness.

The Nissan Altima 2017, now offered in five grade levels including 2.5 S, SV, SL and 3.5 SV and SL grades, will have a price ranging between $21,500 and $28,900 in the GCC. Prices per market will be revealed at their respective launches and will vary from region to region.