The Range Rover SVR is madness on four wheels. In a world where we think 400 horses on a SUV is way more than we would every use, here comes a 550hp fuel gargling and an exhaust note that would shame a Mustang into our serene world. Dubai is not short of extravagance and thankfully so, that’s the reason why we still see manufacturers making cars for the sake of the lunatics in all of us. The Range Rover SVR is a true testament to feeding our most natural desires.

Where do we even begin with the SVR Range? Well starts start with what the Range Rover means here in the United Arab Emirates. Back in the 60’s till the 70’s, the Land Rover and the Range Rover had been the quintessential SUV to traverse the less treaded path, it was a tool to discover the serene beauties and grasp the clear beauty of nature, it was a tool to go and escape the humdrums of life and live a little. 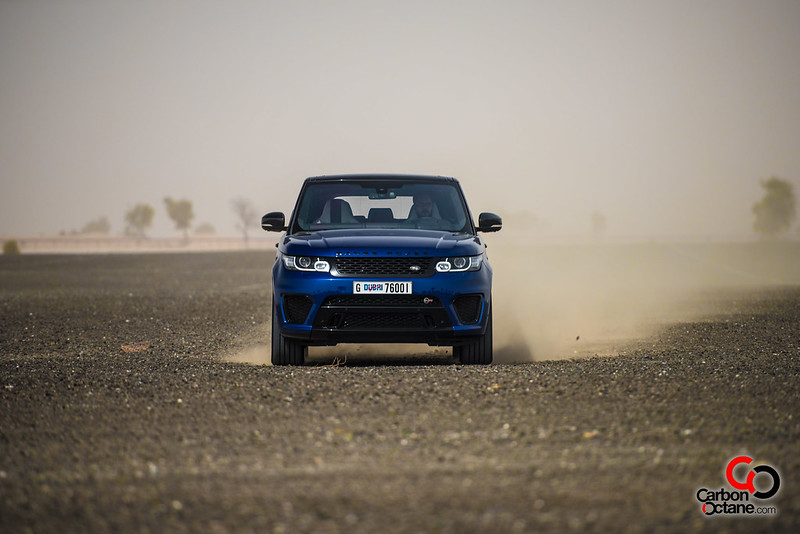 Forward a couple of decades and Range Rover started becoming super expensive and a status symbol, primarily used by soccer moms and business men going to their gold courses. Then BMW took over and then Ford and finally Jaguar, but the biggest change came when Indian Automotive giant, Tata, took over the Jaguar Land Rover Group. The extra funding came as a big boost and all of a sudden the JLR Group has been expanding on their fleet from the F-Type coupe, to the new XE, the Range Rover Evoque and the new Land Rover Discovery. All this in an attempt to lure in a younger clientele and making the entry point of the brand lower so that being part of the brand has become more accessible. 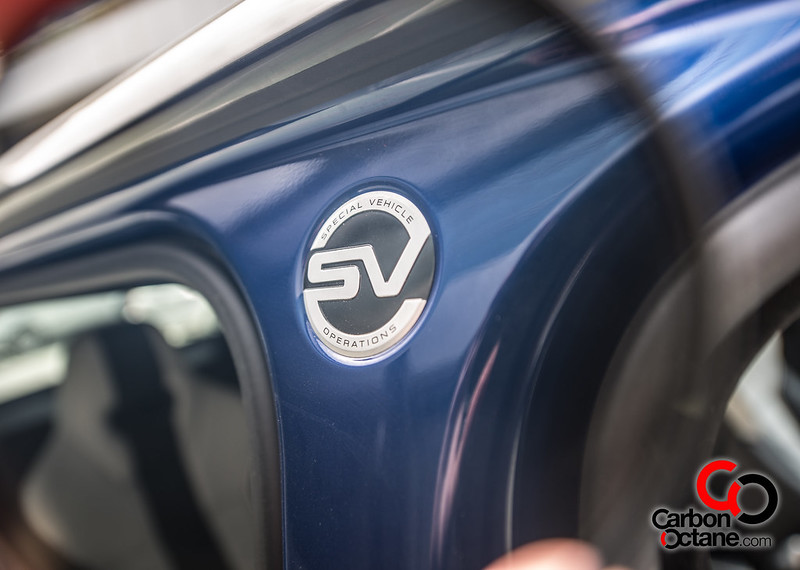 But once in a while manufacturers tend to oblige us with models that makes no sense, it makes no sense because they already have vehicles which are already more than we need. Let’s take the present case in point. The Range Rover Sport comes in three variants, a V6, a V8 and a V8 Supercharged; the latter good for 510 horses and with its legendary all terrain algorithm and mechanicals, it is a supremely capable off roader. I have driven the Range Sport into a wadi, did rock climbing, and dune bashing as well a few laps at Dubai Autodrome. Yes, the brand is so confident that we were able to do all these in a single day. Think about it for a moment, who would have thought that we could take an SUV to the track? But it did to our astonishment. 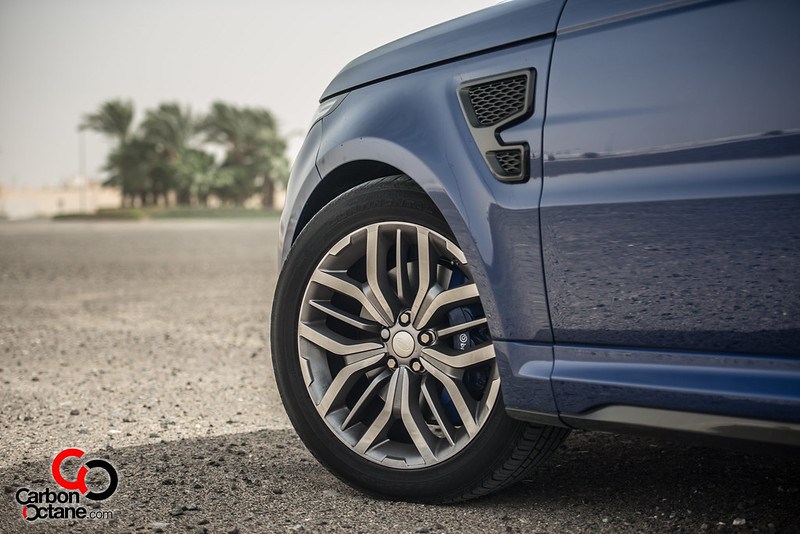 I would not go and say that it’s a proper track tool, but its behavior at the track is a glimpse on its on road capabilities. It is an SUV that plays multiple roles in our lives. One vehicle that hauls families on long road trips, has good luggage space for monthly groceries, excellent for trips to the beach and the desert as well as those moments of lunacy on the roads. Then why did Range Rover build an SVR version of the Sport Supercharged? It really doesn’t matter why, but thank you the good folks at Range Rover to approve such a project. 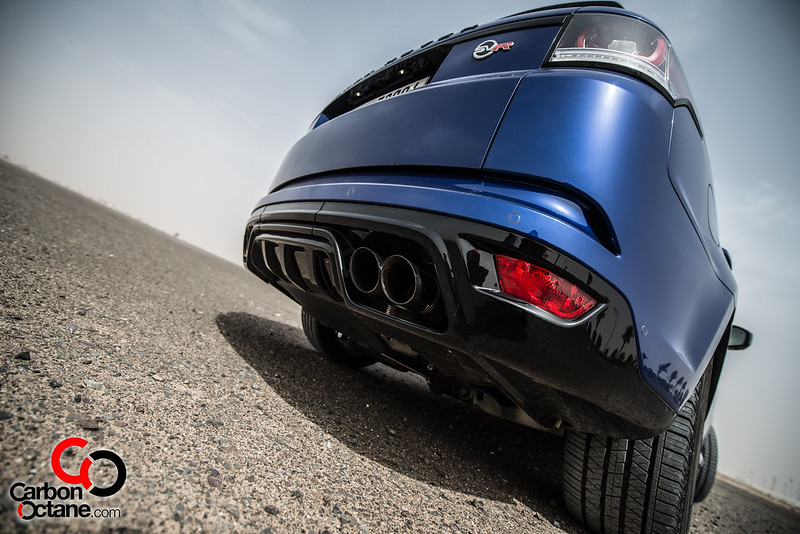 Our Estoril Blue Range Rover Sport SVR uses the same engine which was used on the RS line up of the Jaguar, which means it gets additional goodies and a power bump by 40 horses to 550hp. The interior seats are trimmed out like the sportier F-Type and is quite different from any of the Sport variants. But it’s the exhaust burble which gets out blood flowing just that tad bit faster which excites us. They have not replicated how the F-Type V8 sounds but this is muted just slightly. Enough for those morning coffee runs and rejuvenating enough for those extended board meetings. With a starting price of AED 619,000 this uber SUV is for the selected few. 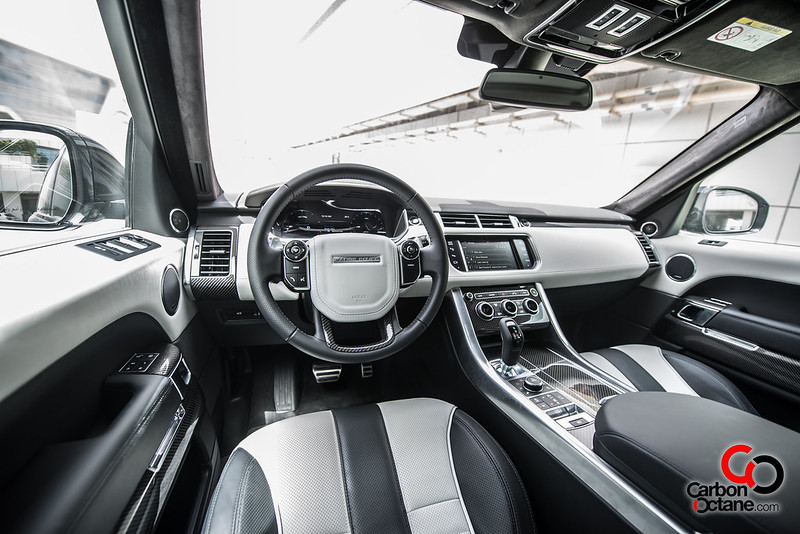 In appearance the SVR looks much like the Sport Supercharged except for the quad exhausts at the back, interior trims and some not so conspicuous bits and pieces on the exterior. A true Rangie fan would know the difference but then again we reckon that a buyer of the SVR would not be someone who would want to flaunt. It is a sleeper with an attitude that is reserved for the driver. A feel good SUV that defies logic of its existence but it’s here never the less. Much like the G63, the Range Rover SVR is for our ego. A 4.7 seconds to 100kmph is no joke, it’s sure to shame some sports cars out there in a drag at least. 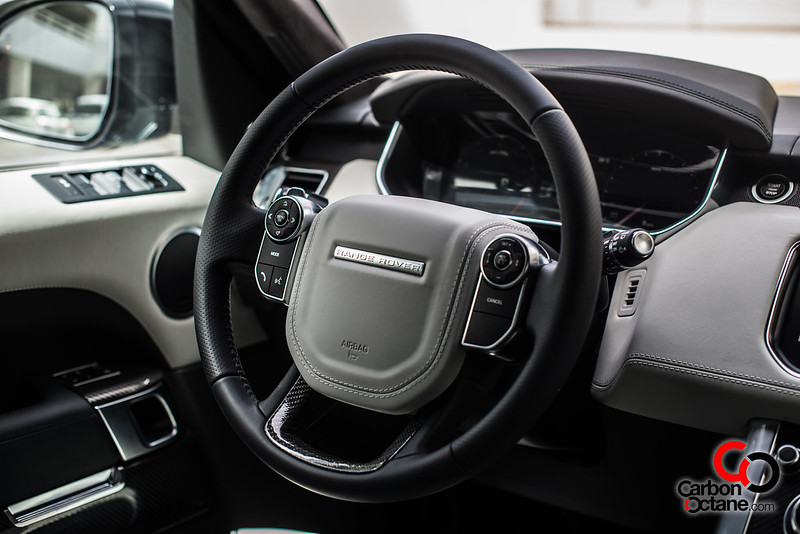