The McLaren 650S Spider! Just imagine, open roof, V8 exhaust note and British engineering at its finest. The sensation we experienced going up and down Jabel Jais mountains at Ras Al Khaimah was nothing short of exhilarating.

The pedigree of McLaren is much like that of Ferrari, they are primarily a race team which started building sports cars. But their approach is very different. McLaren engineers their cars with a precision that is truly space age. And you feel it when you drive it. 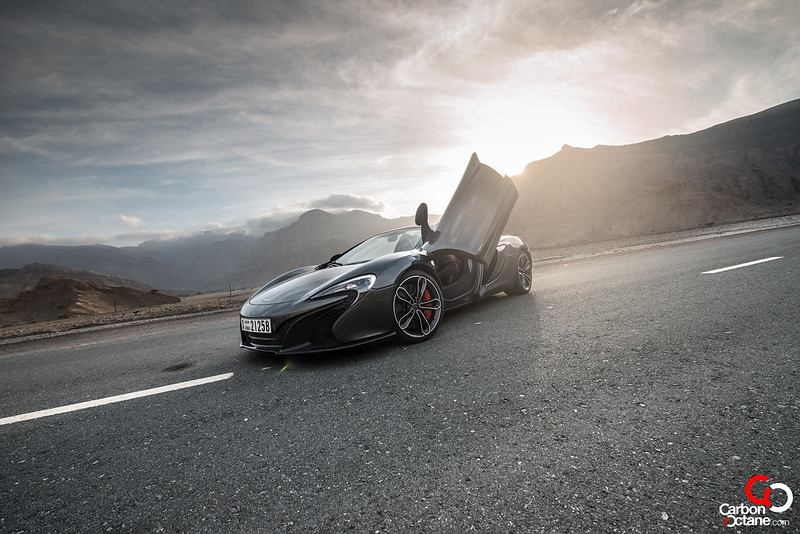 Mclaren told us that the 650S is a result of lessons learnt from the MP4 and the newly developed Supercar; the P1. The ‘650’ by all means advocates the number of horses residing within its 3.8L twin turbocharged V8. It’s a 4 percent increase in horsepower but trust us when we say that you would feel it from the last generation 12C’s. It’s all about torque and there’s 10 percent more now residing in the upper middle range of the rpm range. A perfect place and instant access to when you need it, its where the rpm needle is normally found coming out of a bend, and mid enough so that the power is able to be laid neatly from a dead stop without shredding the tires much. You can shred the tires but the power does kick in when the car has settled in, and that’s the sweet spot. 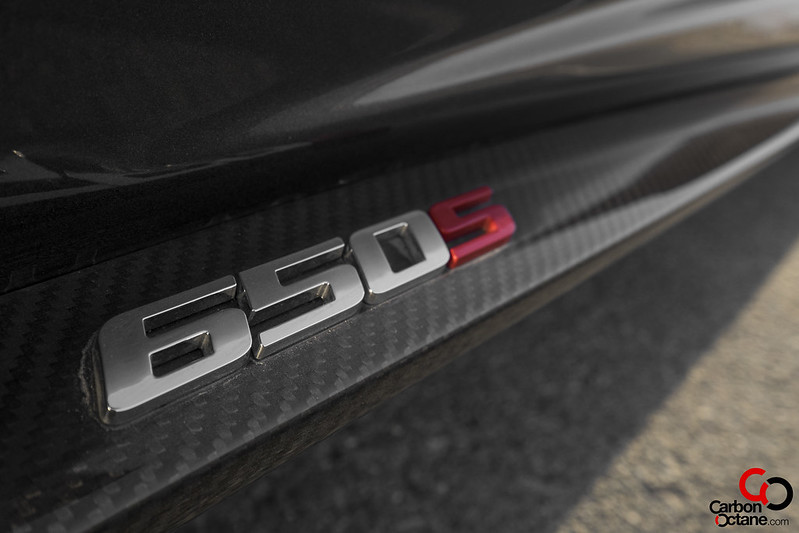 McLaren’s engineers have gone through the now discontinued 12C with a fine tooth comb in search of improvements. Improvements; which now defines the 650S. As a result, the 650S has more downforce, there’s more power and torque as discussed earlier and firmer springs (front and rear) for a more connected drive. 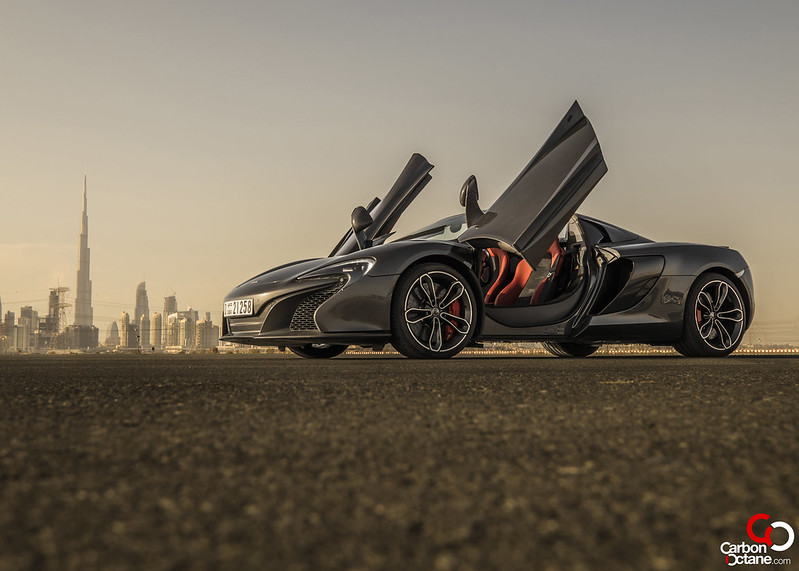 We can go on and on about the 650S’s technical innovation but it’s pointless. We expected that McLaren would better the 12C, but that to us felt impossible, we loved the 12C that much. It’s not about increasing horsepower and torque but it’s all about the execution while keeping the core values of the company and what their definition of a sports car is. 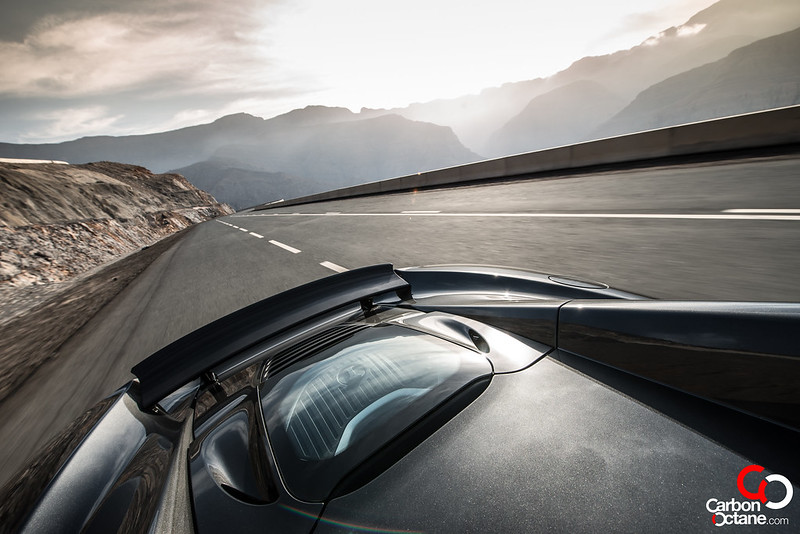 The most incredible part in its adventure is that the McLaren has brought in more power at the usable rpm without any turbo lag but also it brought it in without sacrificing control. This incremental in performance is usable and controlled. It’s an evolution in all senses. 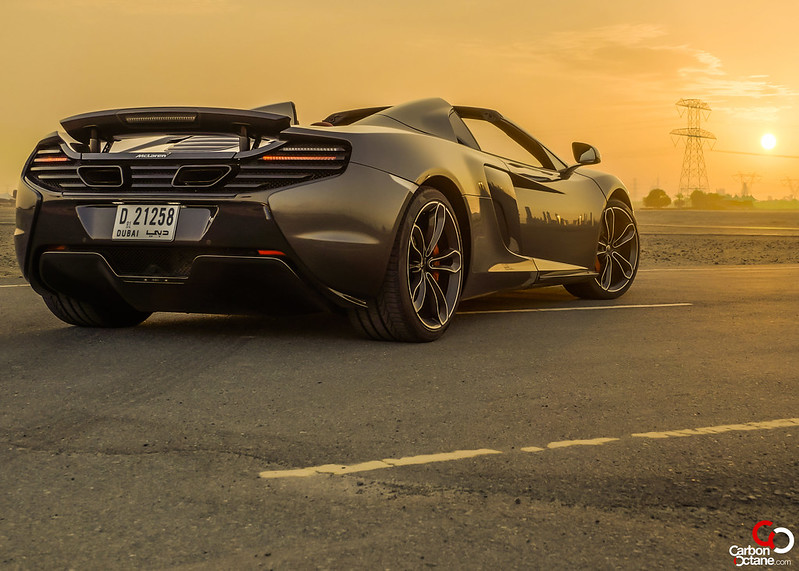 Jabel Jais was an apt location to try out the Spider and hear the exhaust against the mountains. Its stretch of long straight followed by long and sharp radius turns worked up quite an appetite for me. The McLaren just pulled and at tight bends it showed its immense grip with little or no under-steer. The power that rushed afterwords made me giggle like a kindergarten lad about to suck on some lollies. It was just divine. 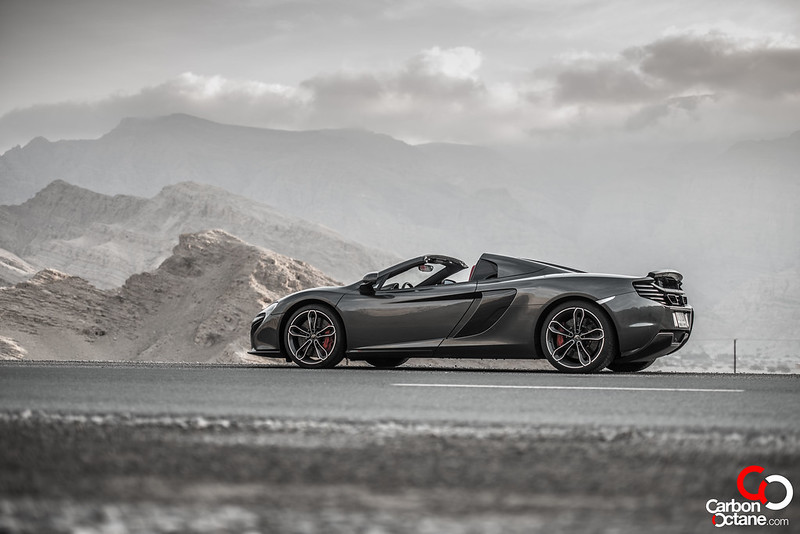 The steering is direct and comes with more feel and we were able to place the car exactly where we wanted it to be regardless of the insane velocity we were carrying. This was motoring at its finest. 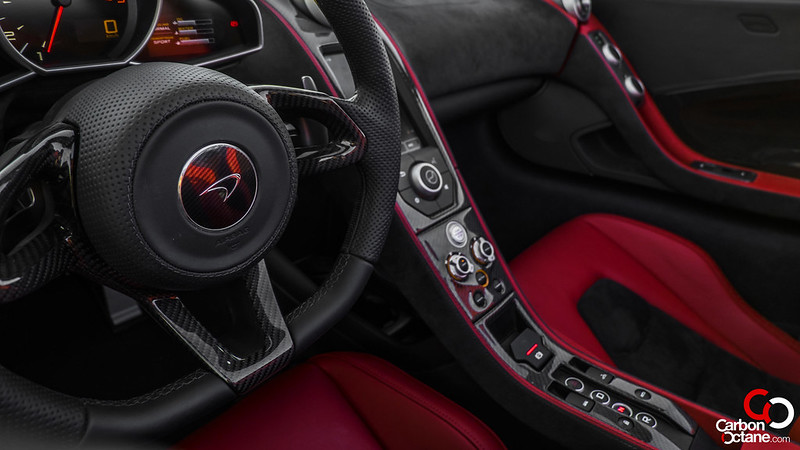 The 650S carried the same legacy of the 12C in being a perfect everyday car. Though it had stiffer springs it did not feel overly sprung during the short cruise around town. Who says you cannot build a dual purpose car these days. McLaren has done so and we gladly give it two thumbs up. 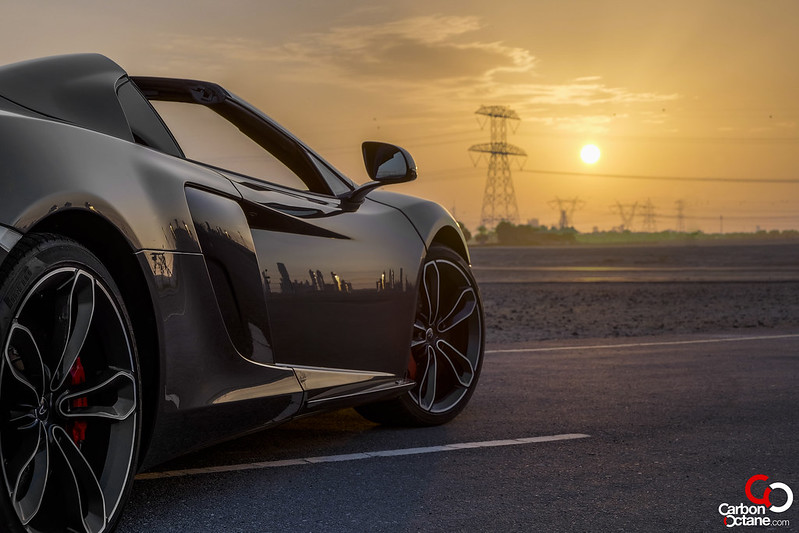