BMW M3 has gone turbo-charged for the first time in its history, to many it sounded sacrilege when it was announced but we had a feeling that the boys from Bavaria were getting ready to throw the perception of turbo-charged power delivery into a whole different level, no we don’t have to wait for the rpm to build up and turbo’s to spool before getting the power, it just feels like a normally aspirated engine, one that has been meticulously trained to take home the gold.

The 4 door version of the M3, which before then was available only as a coupe, first came out in 1994. The M3 sedan did not just arrive, it divided the small sports sedan category into half much like the events in biblical times when the Red Sea parted. On one side you had the M3 and on the other, the rest of the pack. The rest has played catch up ever since. 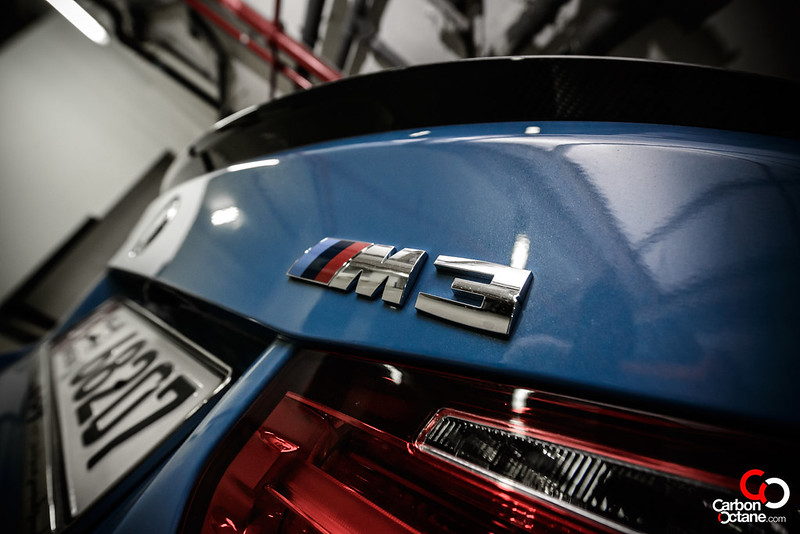 To the BMW purists all over the world, the M3 signified its glorious straight 6 and the fact that you can feel the grip on the steering wheel, and it stayed there till the E46; E90 saw a drastic departure and the straight 6 made way for a screaming V8 that produced 414bhp all the way till 8300rpm. 0-100kmph times fell in each successive itineration of the M3 but as it did so did the feel from the steering wheel, which vanished once the electric assisted system was introduced. BMW purists had their hearts beat faster when BMW released the all new M235i, a coupe that brought back nostalgia of driving the M3 of yesteryears. A lot was expected of the new M3, a return of its heritage, the straight 6 and now that its turbocharged would that take away from the driving dynamics of the M3 that believers were fixated into, or would it try and mimic other manufacturers in changing with the times and being eco friendly and what not while providing power and luxury while taking away feel in its quest to satisfy the masses and its bottom line balance sheet figures as demanded by accountants seated in its Munich head office.

First of all let me start with the not so good news, at least for the BMW M fanatics out there. The M3 has split into two, we now have the M3 and an M4. BMW has changed its numbering system and has given odd numbers to its sedans while the coupes are given even numbers. Thus the M3 can only be had in a sedan format. Our tester, courtesy of Abu Dhabi Motors, came in this brilliant Yas Marina Blue paint scheme. BMW M always names its color against famous tracks and my previous favorite “Laguna Seca Blue” has been ditched immediately as soon as I laid my eyes on the tester. 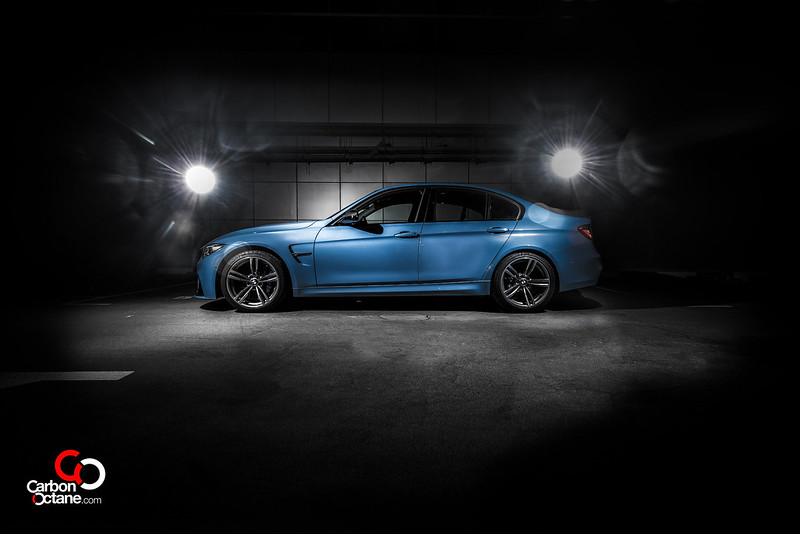 The 5th Generation M3 boasts a 3L turbocharged straight 6 good for 431BHP and 550Nm of torque, the latter being available as low as 1850rpm. The force fed straight 6 not only pumps out 11 more horses than the 4L V8 but also 100 more Nm’s of goodness than the E90 M3 and sprints to 100kmph from standstill in 4.1 seconds, that’s shaving off almost 0.3 seconds. The new M3 is faster than the previous around the NÜRBURGRING by 15 seconds now that’s a promise to its cracking performance even before getting into it. 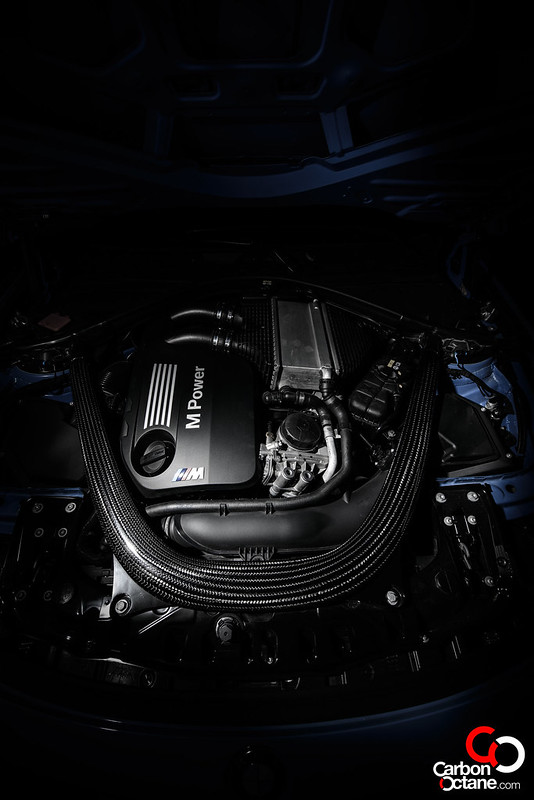 BMW’s M division has worked hard in weight savings, almost 80kgs have been shed from the previous generation in its ever-going quest for motoring excellence. The M3 is a brilliant all round package and leaves the older generation M3’s for dead. The motor is equivalent to Michelangelo’s Sistine Chapel painting, it’s a masterpiece that comes along once a lifetime; it’s designed and conceived for shock and awe. Combining all these traits, the new M3 is faster, more agile and able to destroy its rear tires into smoke while guaranteeing its driver miles and miles of uninterrupted grin which is sure to make the cheek muscles ache. 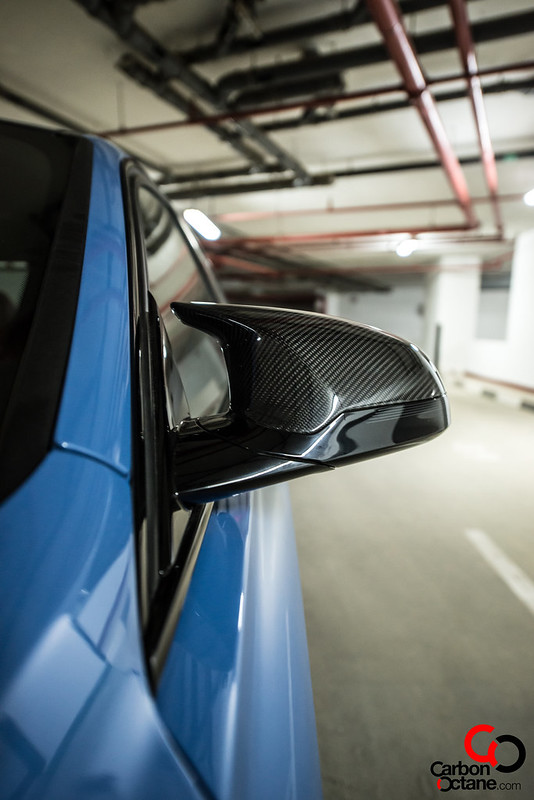 The M3 is mega engineered and mega quick around any road/track layout and there is a great deal of balance in it, a balance that makes you a better driver, no it makes you a motoring god. You are able to control the car and will always know exactly what the car is saying to you. The M3 slides around the corners and it is always a controlled slide which one can correct easily, it never catches you off guard. That’s more than pedigree and heritage, the new M3 is a cut above everything in its segment.

Our tester is also visually appealing. The fender flares bulge out like a woman with curves. 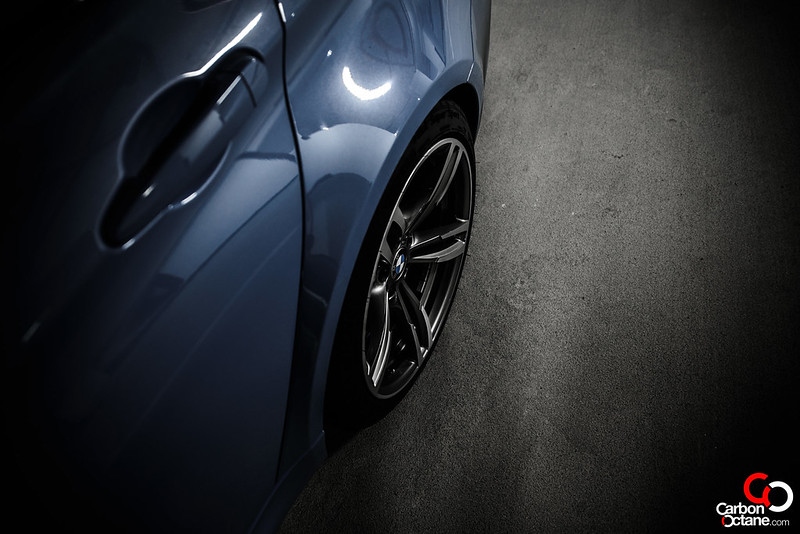 The M Performance carbon front splitter, rear diffuser, boot spoiler and mirror covers enhance and give a nice contrast against the blue paintwork. 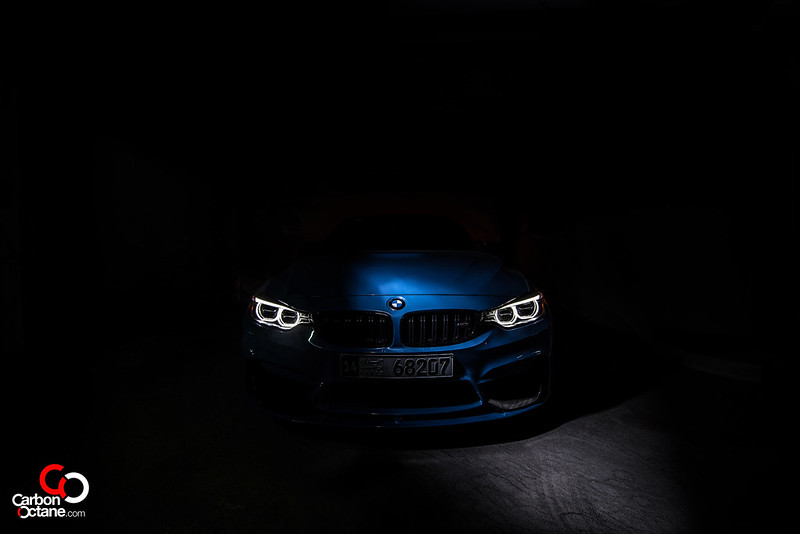 The engineered exhaust note comes into the cabin via the speakers. Now though it may not sound that good in the M5 but the acoustics inside the M3 is great. I loved the deep bass’y rumble as the rpm soared. In fact I could not tell that it was a synthesised sound engineering. I was fortunate to test the M3 and the M5 around Dubai Autodrome. The M5 is another such creating from the M Division that has created a cult followership of its own. The M3 has caught up with its bigger brother and at least around the club circuit the M3 felt more agile, and I was able to get into its power faster and harder out of the turns.

The M3 still treads a lonely path in its category. Decades have passed and though the competition is catching up in the form of the new C63 from Mercedes-Benz there is a saying that goes something like “it is one thing to catch up but completely a different ball game to surpass”. The competition will always have to play catch up against BMW’s mighty creation.

** The M3 came with 6 Years or 120,000km’s Service and Repair Inclusive Package, as per Abu Dhabi Motors standard, it is unmatched by other agency in the region