The Bigger, Bolder and the most powerful Cadillac SUV is what is now the all new 2015 Cadillac Escalade. An all American “Celebration of Success”, as Andrew Smith (Cadillac’s Director of Design) calls it, is what this is. It’s an SUV Gran Tourer more to speak which is more than capable in taking your family and your extended family across continents while providing creature comforts to rival Business Class amenities.

The Escalade is more than just a pretty face. Behind its dominating grill sits a massive old school push-rod 6.2L V8 churning out 420 horses and 623Nm of torque; that’s an increase of 5% and 10% respectively from the previous generation Escalade. But that’s what one would expect from Cadillac’s ‘Tour de Force’ Spaceship. 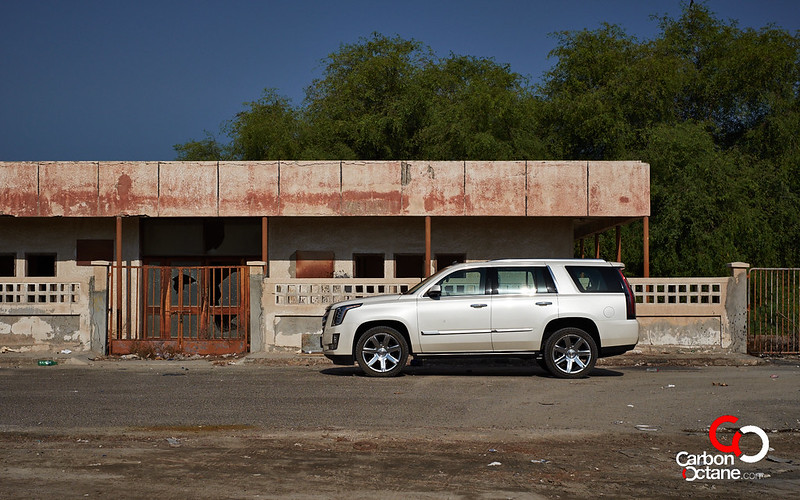 The Escalade also features aluminium construction, direct fuel injection and cylinder deactivation to bring it at par with its rivals and more. Its main competitors in the region would be Lexus’s LX570 and Infiniti’s QX80. In reality the AED 350,000 price bracket would make it sparring partners with the Japanese duo and it does have more horses and cylinder deactivation feature which the latter variants don’t provide for. 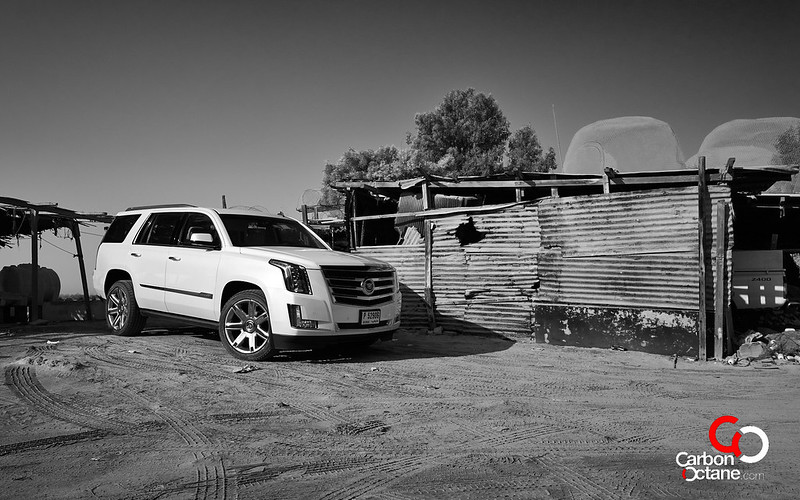 Cadillac’s new design direction refreshes the interior of the Escalade. The leather is supple, what you see and feel is what it should be, there is actual metal accents rather than foil plating. The interior feels BIG and it is BIG! The sensation is more like moving from a regular cinema experience to an IMAX. You can literally walk around in the car, well at least behind the drivers section.

The dashboard features an all new 12.3 inch digital display and you can select from 4 different layouts to suit your needs. This is pimping for the technology geek in you. You do need to spend some time getting familiarised with Cadillac’s new infotainment system called ‘CUE’ (Cadillac User Experience). The integration and functionality is there but we did feel a lag in some of the settings as we pressed the touch screen. There are room for improvements; one that Cadillac and the rest of the manufacturers are dedicating resources in mastering. Once the initial setup is done, it is a breeze toggling between media devices and the radio. Practice makes perfect. 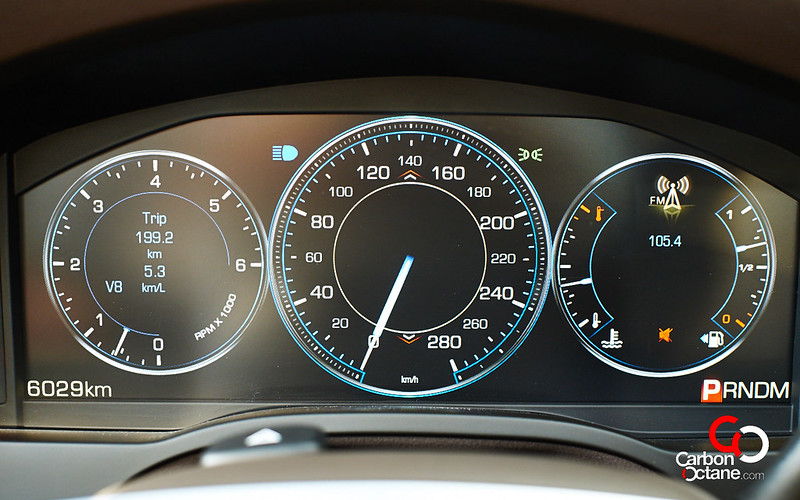 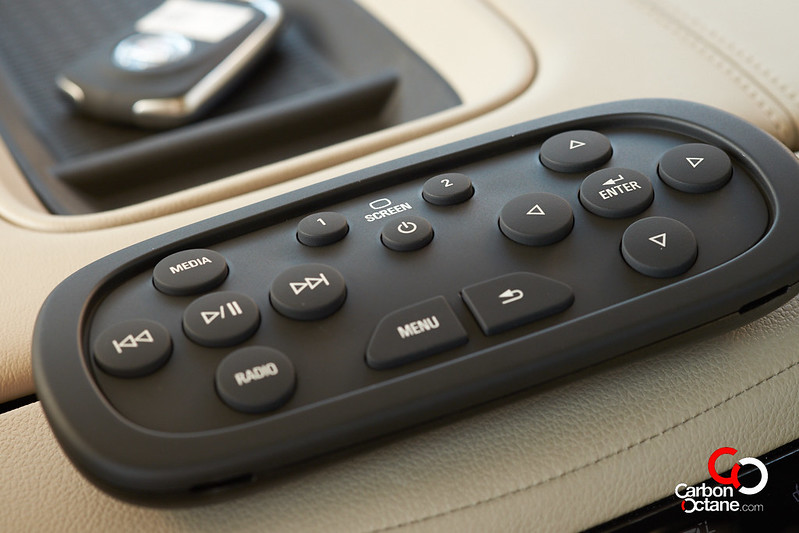 Leaving its tech and creature comfort aside, what makes an Escalade an Escalade? For years the Escalade has been rolling down R&B and Hip Hop music videos on 20+ inch spinners. Rap moguls and artists has been using the Escalade as the prime mover. It brings a lot of Americanism and the culture that it has created is second only to the juggernauts in the SUV category, namely the G Wagon and that of the Range Rover Vogue but then again we are talking about a whole different price point. Similarly, once you are inside the Escalade you would understand why it commands such nostalgia and ardor. Much like the new boldness and brashness in its design of the Escalade, the Caddy of Americas SUV is a mark of success and appreciation. One tends to let go of their stress while seated inside this moving Fort Knox. It is built strong, the engine is built to last and the way it can transport a large number of adults is probably unmatched.

Middle East has been favoring the Escalade and the Escalade has returned that favor with interest. With the new electronically fold-able third row seats, having access to larger luggage space is a breeze. One can even say “look mama, no hands” as you swipe your leg below the rear bumper to activate the automated rear trunk door. The new Escalade is made for the people by the people who understand the needs of the new generation families. 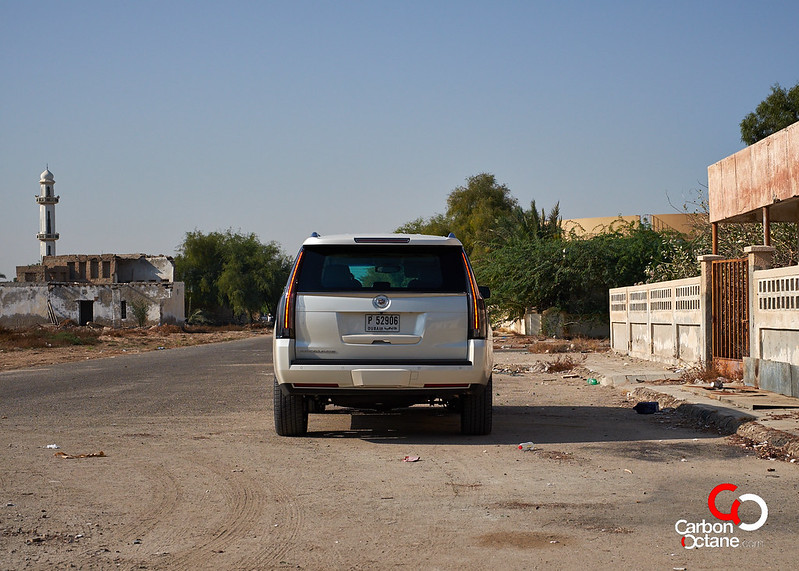 The engine is very smooth thanks to the new mounts which tend to dissipate the vibrations into air. The 22 inch tires which came with the tester did result in a firm ride and not characteristic of Escalades of yester years. Cadillac has actually embraced the European stand on driving dynamics. Gone are the days when we would expect them to wallow at the sight of any bend. This is equipped with proper road manners to tackle any road conditions you can throw at it.

Driving it around town and especially cruising on Sheikh Zayed Road, you would not feel the vibration that comes when all 8 cylinders becomes activated. At a cruise, the Cadillac Escalade tends to switch off 4 of its cylinders just to appease the green peace movement. But once power is demanded, the 6.2L fires up all its cylinders with no hindrance to its driver other than a drastic increase in fuel consumption. Yes, latte is best experienced with full fat milk and not with skim, if that was the case you would be driving an hybrid. 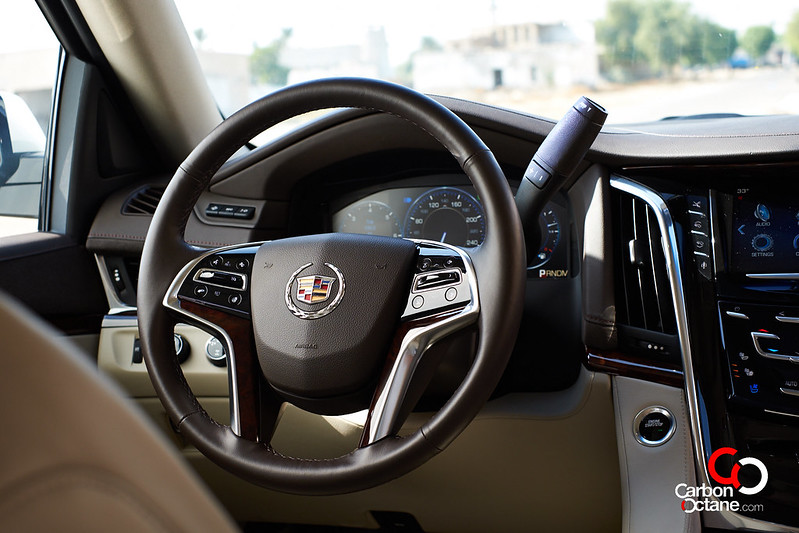 The Cadillac Escalade is a great family mover. The Denali offers the same at a lower price point, but there is something about an Escalade. It does make one feel accomplished and smile a bit more. 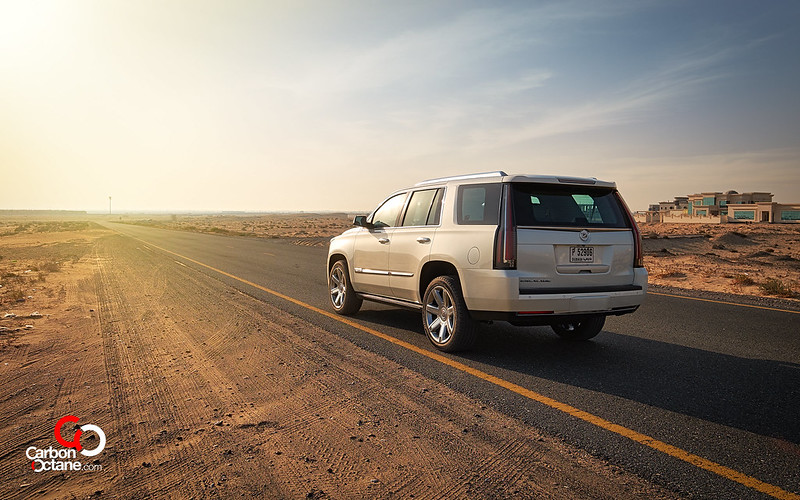