We thought that our love affair with the Audi RS6/RS7 ended with them but now that Bentley is under the VW group; the new Bentley Continental GT V8S manages to swing in that glorious V8 twin turbocharged into its sculptured shell and puts an “S” badge to commemorate the added dexterity of speed and awesomeness. This could be the finest Bentley we have ever driven.

Bentley has always catered to drivers who are not so much into ‘show’ but more for the ‘go’. The Bentley punch in its W12 and W12 Speed versions are more akin to a B52 bomber taking off, well sort off. The 0-100kmph figures are in the early 4 seconds and belie its massive weight. The suspension is more catered for an easy cushy cruise and not meant for tearing off the tarmac around the bends. A more sedate drive through Jabel Jais Mountains is more in its manner than tearing down through it. 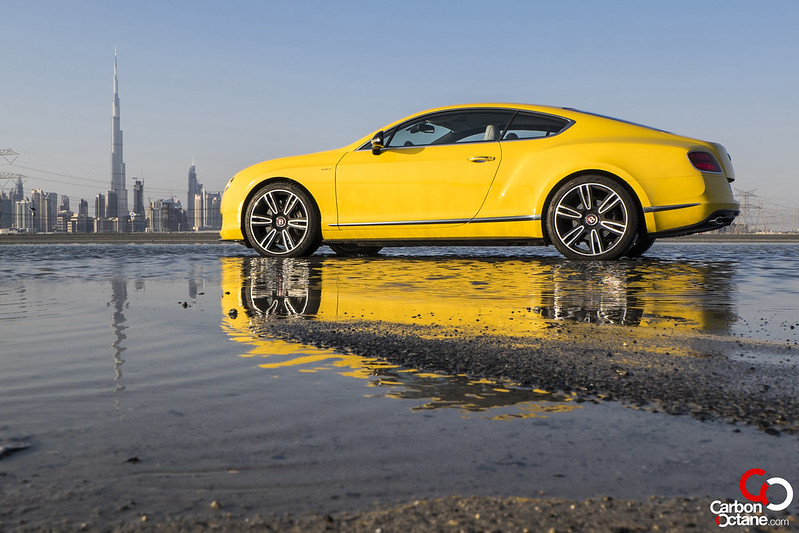 Now with this V8S variant, the Bentley Boys have started a new chapter in defining the new age of Bentley drivers. The ‘S’ adds a little more edge in its character as if it has something to prove from it elder siblings. It sits 10mm lower and gets increased sprint rates and revised damping. Stiffened bushes and rear anti-roll bars and a re-calibrated steering wheel adds to a new zestier driving experience. 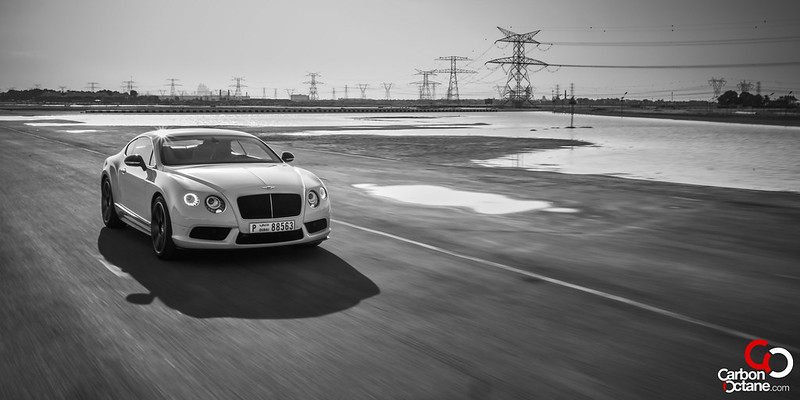 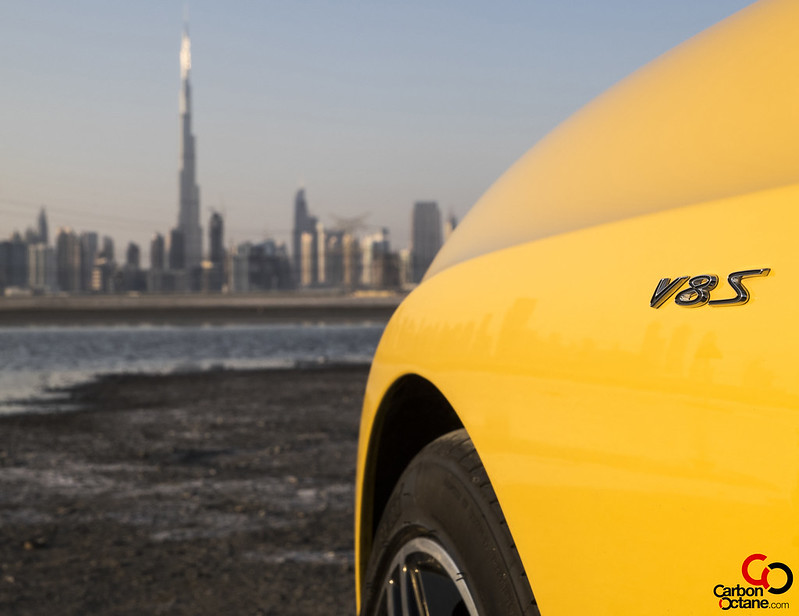 Externally the Continental GT V8S gets a more aggressive front splitter, side sills and a rear diffuser while our tester was fitted out with the optional 21 inch alloys wrapped around probably the largest ceramic discs ever to be fitted onto a production vehicle. But it’s the marriage with Audi’s RS6 engine that elevates the V8S into a domain which most uber GT’s fear to tread. Power has been up-rated by 21hp from the V8 variant and more torque channeled through its calibrated ZF 8-speed gearbox which tends to cling longer onto each gear. 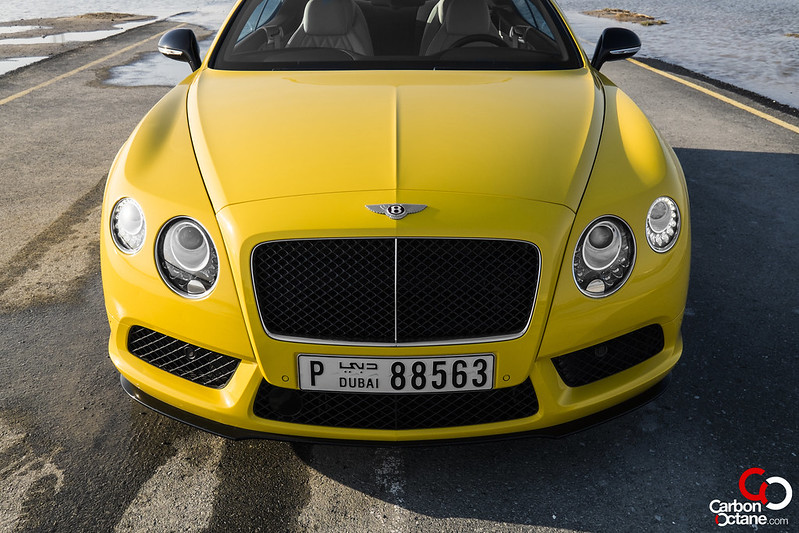 At 2295kgs the GT V8S is not a light weight panther but it’s much more agile now compared to the Continental GT’s with W12 engines. It is by far the most Un-Bentley like Bentley. The other Continentals are softer in its ride; the engine rpm settles to the highest gear and gives an aura of calm. This on the other hand is ferocious. Don’t get me wrong, the V8S has all the goodies in creature comfort as the rest of the pack but its bite is more severe. 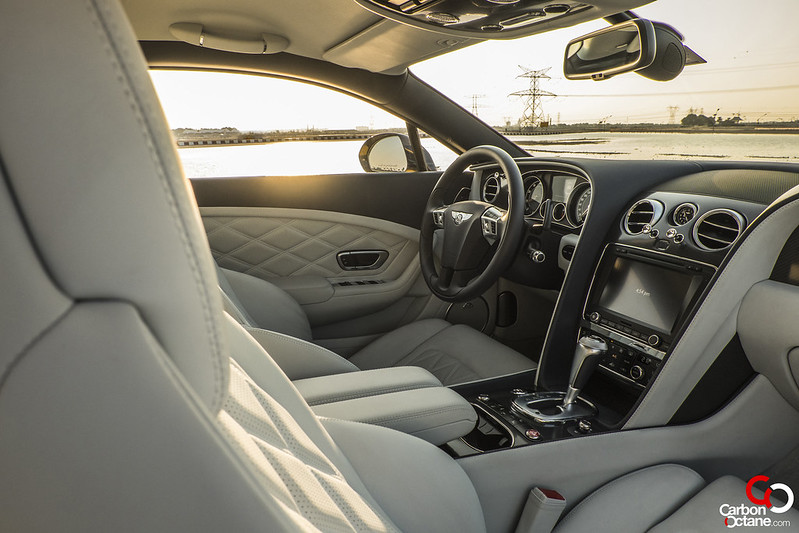 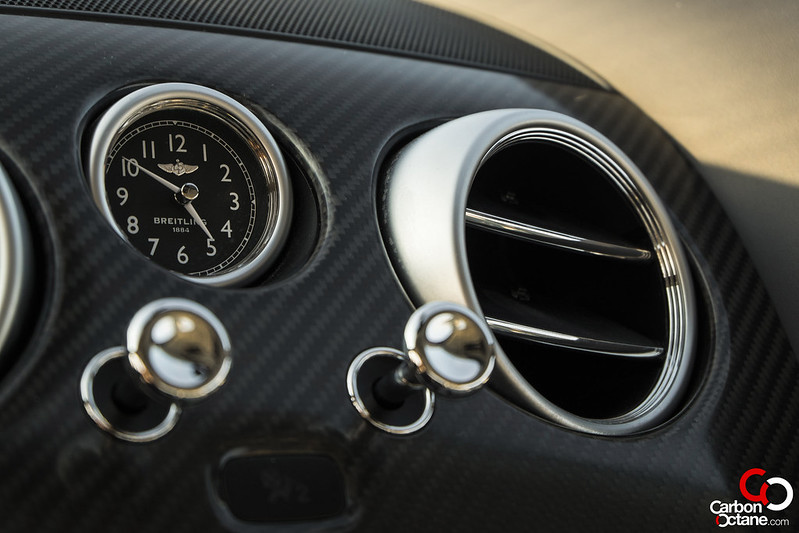 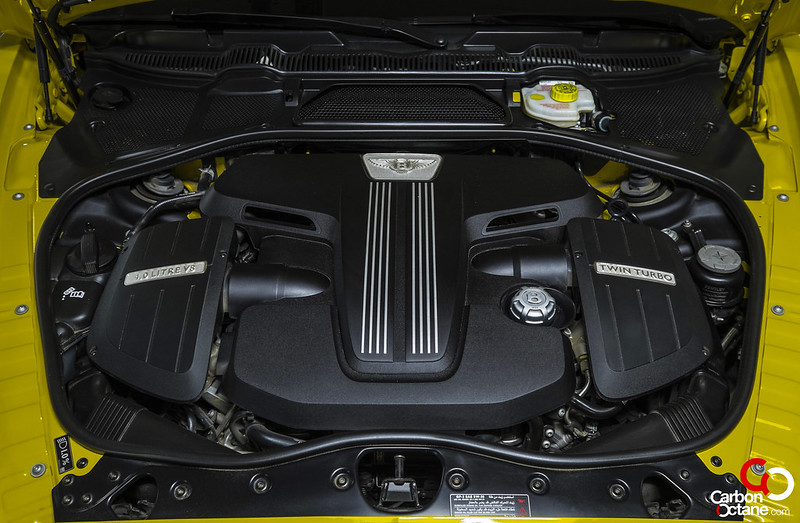 The tactile feel of the road during cornering, the power delivery and the speed at which the rpm needle climbs and the new found agility has transformed the definition of Continental GT’s. The exhaust grumble is a deeper and louder snarl and rises in intensity and velour as the rpm rises. I felt compelled to take off my bow tie and loosen the first few buttons of my shirt as I indulged in my new found awe of the V8S. This sleeper is a true work horse. Yes, once inside we are cocooned in nothing but leather, steel and carbon-fiber. But don’t for a second let that fool you into thinking that it’s just a Continental GT with an “S” badge. It is far more than that. 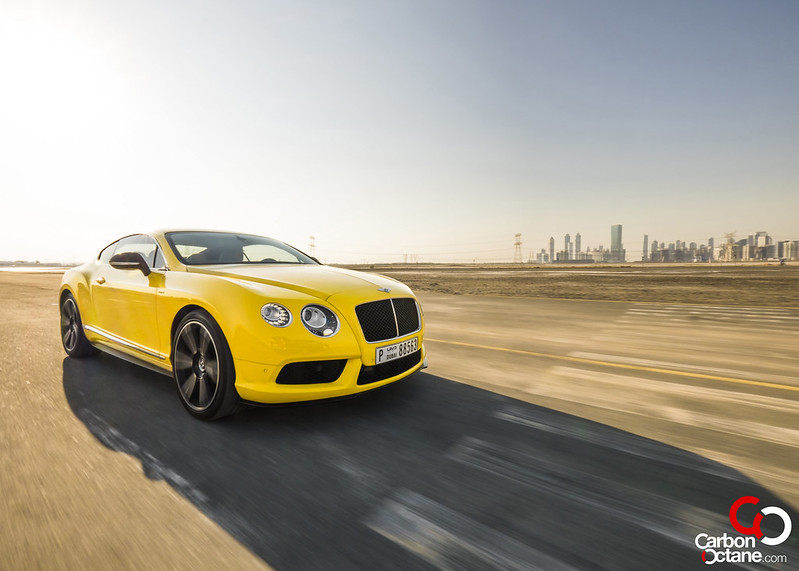 For a change Bentley has been able to give enthusiasts a sports car with GT heritage built in rather than trying to go for a GT with added sports car feel. The Continental GT V8S is still a heavy car to push into tight bends. Its AWD helps a lot but there would always be some under-steer. But then again it’s not a Porsche or a Ferrari. It does not want to be that at all. It’s an everyday GT with instantaneous power and great handling and sound while whisking its precious cargo across continents without breaking a sweat. The Bentley Continental GT V8S is the ideal cross continent ballistic cruiser with a punch. 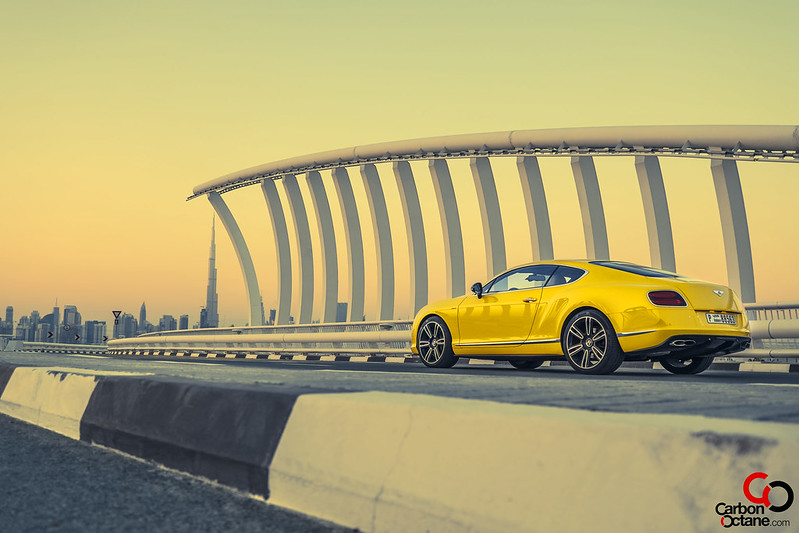