Who would have imagined that one day, Cadillac would take on the likes of BMW 335i and the Mercedes-Benz C350. Something just doesn’t add up, wasn’t a Caddy supposed to have been built for one thing and one thing only which is just to go in a straight line while cocooning its passengers from all forms of vibrations from the road and the mere sight of a bend would remind us of extreme body rolls followed by a mammoth under-steer. But times have changed and we need to re-think on the new generation Caddy’s.

Previously the Cadillac CTS was Cadillac’s answer to Germany’s compact luxury car segment, though its size was comparable to the mid-sized luxury sedans. Now, they have decided on a more heads on approach. What we have here is the 3.6 Litre V6, naturally aspirated Cadillac ATS, good enough for 321Hp and 371Nm of torque. Quite comparable in power figures though lower on torque than the 3 series, the Cadillac ATS is Michigan’s answer to the German’s rear wheel drive compact luxury car segment. 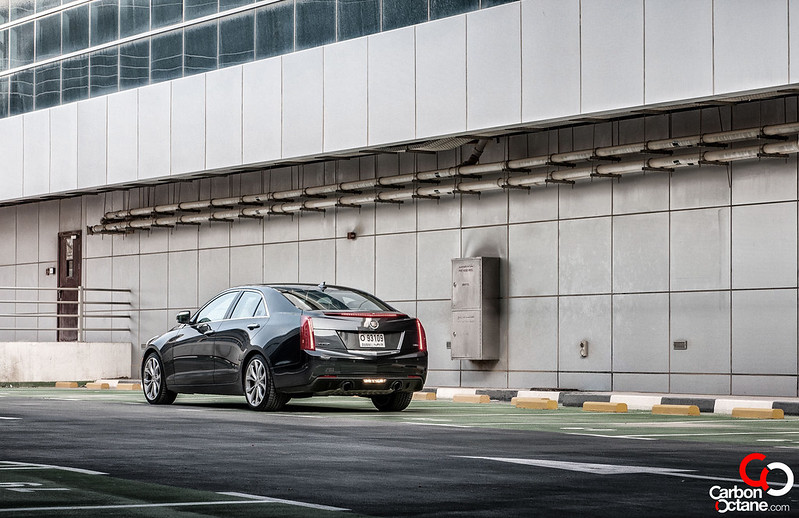 The ATS retains the CTS’s edgy design language and is able to maintain the proportions into its smaller figure. Yes, it does look good and quite different from the more rounded looks of the German cars. But it’s the interior, which would shock some old-school Cadillac customers. The seats are not sofas but rather contoured and offers more support for the spirited drives yet retaining a level of comfort which we generally associate with European cars. 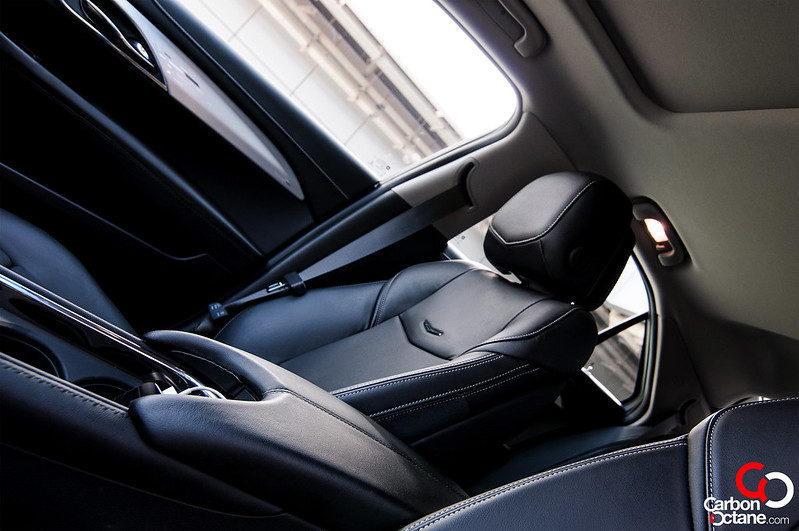 The look of the ATS is sporty, with 18 inch rims and dual exhausts at the back, it sure knows how to look mean on the streets. 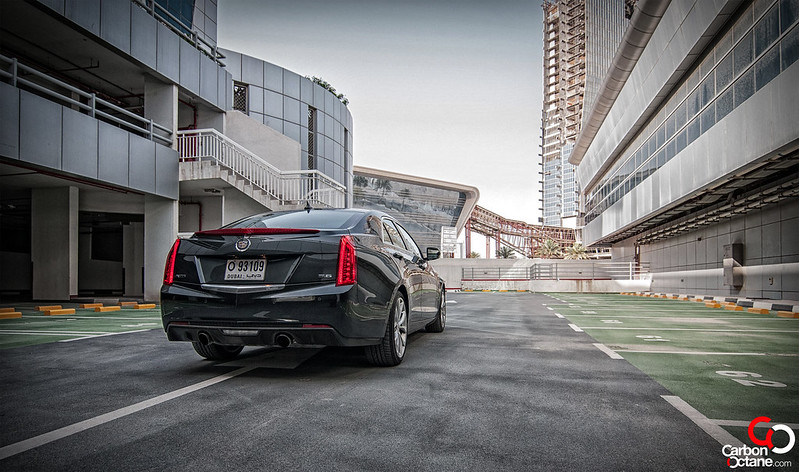 Touch screen has become the norm of any luxury car segment these days and the ATS features that as well. The AC controls require some time getting used to but in the sense of aesthetic design the ATS is right there. Seating position in the front and back are good, though anyone over six feet tall may feel slightly cramped at the back seat. 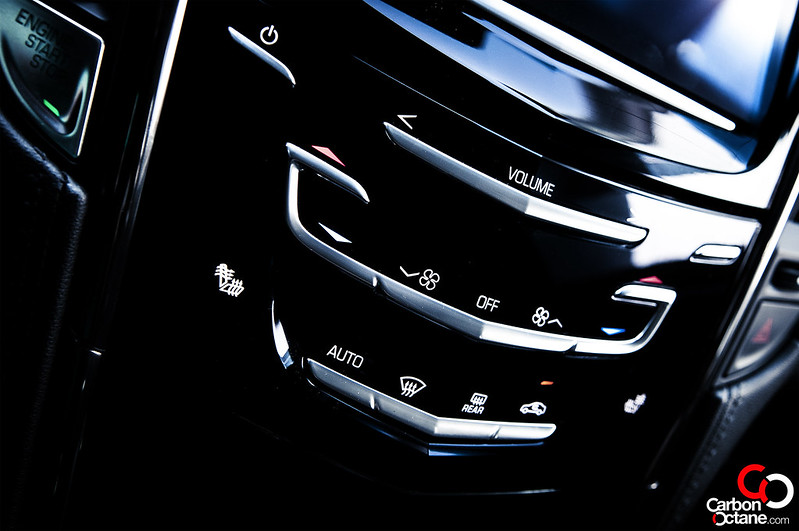 Having said all, it’s the driving dynamics of the ATS that blew us away. There was a lot of feel from the steering wheel, something we are loosing now in the new generation of luxury cars. But not in the ATS, the tingling sensation that we need to be filtered to our palm is what a true petrol heads yearns for while on a spirited trip down some twisties. The ATS feels like an older generations of BMW 3 series, now that’s a true compliment on its driving dynamics. Put the shifter on manual and start using the steering pedals and one can relate to a purist form of driving. Everything comes around to that moment of freedom. It’s just the car and its driver and the ATS urges its driver to push on further. 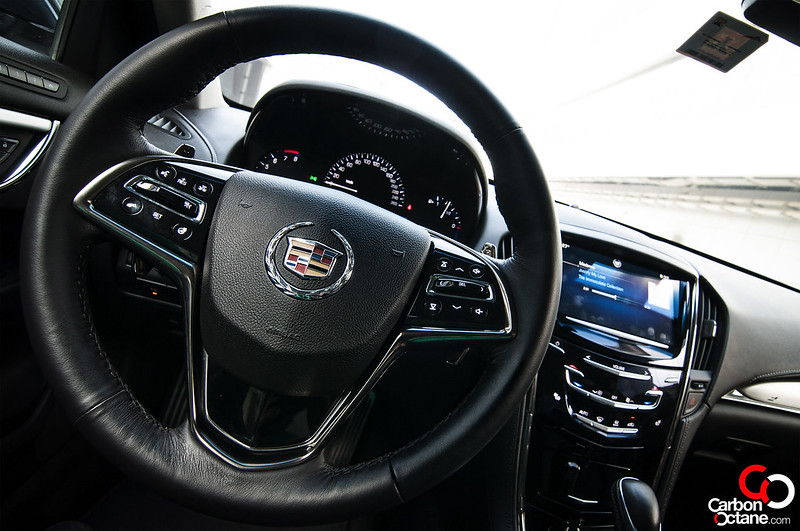 Yester years Caddilac’s would shy away from any bends but somehow that was not taught in the new syllabus which Cadillac is now preaching. I could not believe the grip levels around bends and the lack of under steer in tight bends. Yes, we did manage to overload the ATS on certain moments, but that was just to learn its limitations, then again while we did get the chassis unsettled; the electronics gave us a light poke and got things under control. It’s reassuring that on its limits the ATS would not startle its driver and not many cars can do such in its price segment. 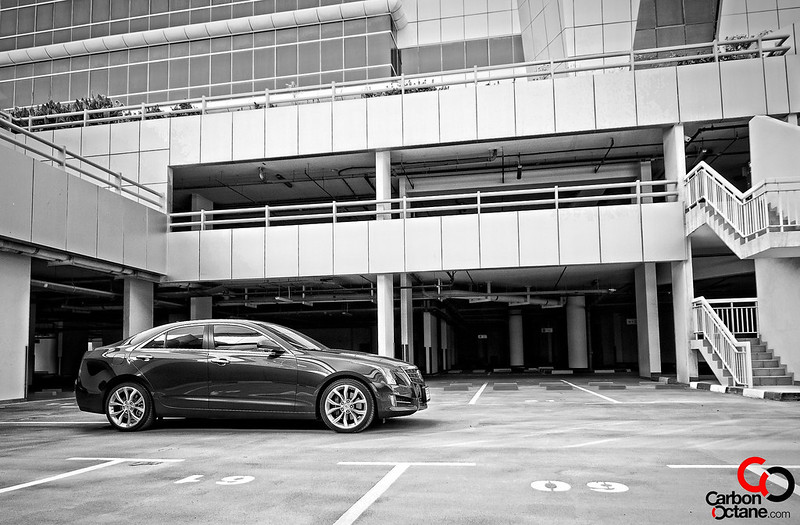 The Cadillac ATS has been an unexpected surprise for us. It’s also priced at AED 180,000 though one can also opt for a cheaper alternative with the 2.0 Turbo four banger engine. It’s also cheaper then the German duo when similarly optioned out. The ATS offers performance and luxury level on par and sometimes gives a bit more too. But the V6 is its sweet spot and when the accelerator is wide open then everything in the world just feels better. Driving an ATS a day would definitely keep the doctor away.