In 1999, BMW made a dramatic entry into the SUV market. The Premium SUV market at that time was dominated by Land Rover/Range Rover, which at that time was owned by BMW. And thus the X5 was born which benefited from a lot of expertise from Land Rover. Unlike the ML from Mercedes-Benz, BMW had opted to go with a uni-body car platform rather than the traditional truck based body-on-frame SUV’s. This provided for a more car like feel and it sold. I still remember the time when I first saw the quad exhaust of the X5, it was unlike anything I have seen. My first car in Dubai was a brand new X5 4.6iS and that was a beast. The exhaust note was deep and burbled at low rpm’s and had 350’ish horses under its hood. That was then, and now in its third generation there has been some changes. BMW now prefers to call the new X5 a “Sport Activity Vehicle – SAV in short”. A marketing gimmick to emphasis its on-road prowess? The previous X5 V8 models were fast but the new one here has 450 horses, wait that’s 100 more horses than my previous X5!

The X5 has always been true, in nature, to the Sport element of the SUV name and with enough trunk space and the cabin; big enough to carry 5 adults comfortably. Its driving dynamics have always been superior to similar models from Mercedes-Benz, Audi and the Japanese brands such as Lexus and Infiniti. The only other vehicle which came close to the driving dynamics of the X5; would have to be the Range Rover Sport but it excelled in off-road’ing as well which the X5 did to an extent. The X5 was perfect to go to the beach but the tires, which was more designed to be on-road struggled in extreme off road’ing. Their off-road prowess grew further in their 2nd generation models but consumers preferred staying far away from such terrain during their ownership of the Premium Segment SUV’s. 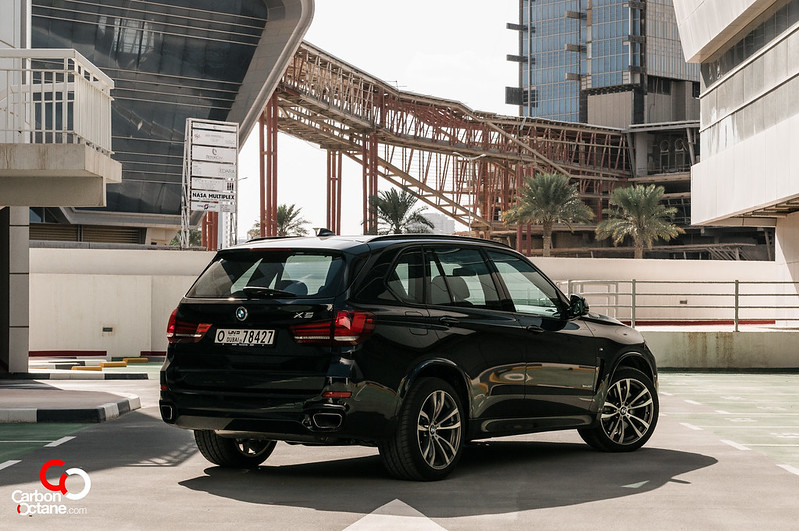 And it is for these consumers that BMW has selectively catered to. They have understood that those who want to travel off-road, would probably buy a purpose built Jeep or Land Cruisers and Patrol’s. Serious off roaders are keen on buying a base model and then revamping them with suspension kits for their style of driving off-road. Thus the X5 was never truly an off-road vehicle to start with and now it would concentrate on comfort, refinement and driving dynamics to the large segment of SUV/SAV buyers who loves the higher field of vision that comes from the SUV but with the comfort and driving fun of a sedan. Thus the shift, in BMW’s term, from SUV to SAV (Sport Activity Vehicle).

The sheet metal work on the new X5 is finely sculpted and accentuates an aura of elegance while still maintaining the design direction that immediately identifies as an X5. In the front, the trademark kidney grills opens up to the headlight, a new design direction from BMW and features in their new X4, 3 and 4 series. 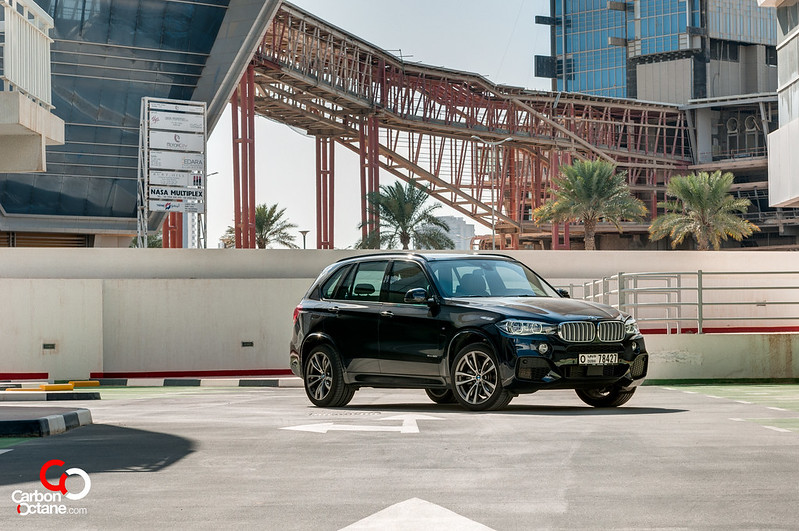 The interior of the 2014 X5 features all the technology one can expect in any high-end model. Directly in front of the driver is a digital gauge cluster augmented by a head-up display. Between the two, the driver can see pretty much all information relevant to the act of driving or navigating. The interior is dominated by the 10¼ inch LCD screen and it provides much more information and displays weather report and news as well from prominent news syndicates. 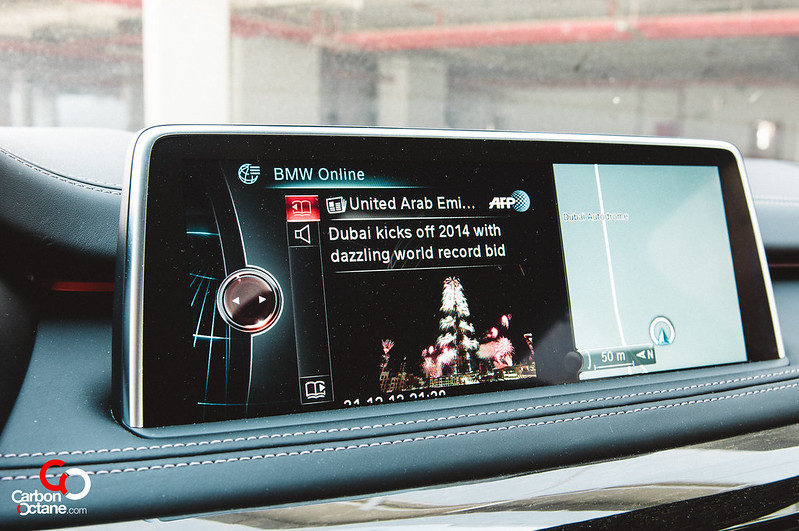 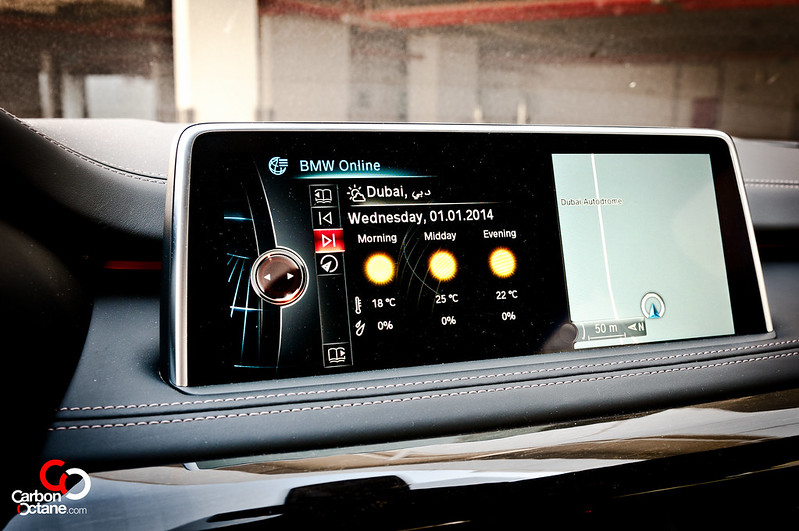 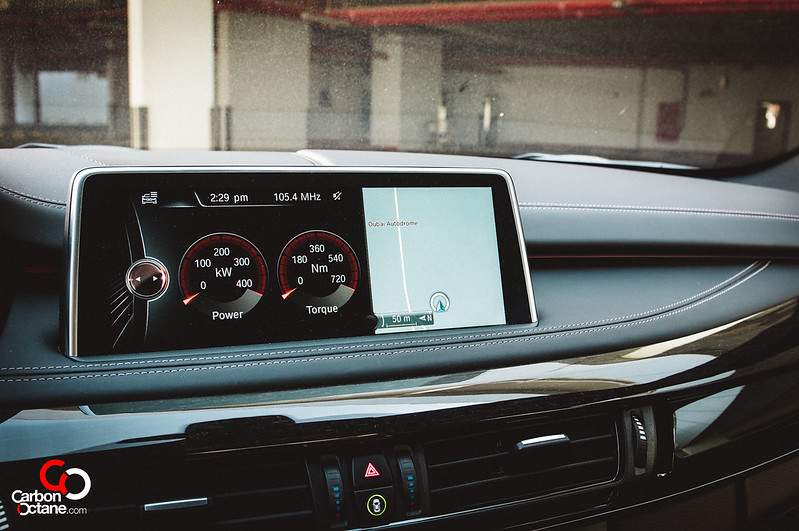 For the new X5, BMW is offering various highlighting packages. One can opt for packages like Exclusive, Exclusive with 3rd row seats, Design Pure Experience, Design Pure Excellence and the M Sport, the latter is our test vehicle. The M Sport came with fine Nappa leathers, LED’s in various hues that can be changed, wood and a more aggressive bodykit. Once inside the new X5, the interior feels very up-market, probably now even more than the 7 series. The attention to details and A/C ducts have all been revamped to make the interior suitable for the specific statement BMW intends to make. This is a luxe-SAV unparalleled in the market today. Even the key has a different look than other models in BMW’s current lineup. 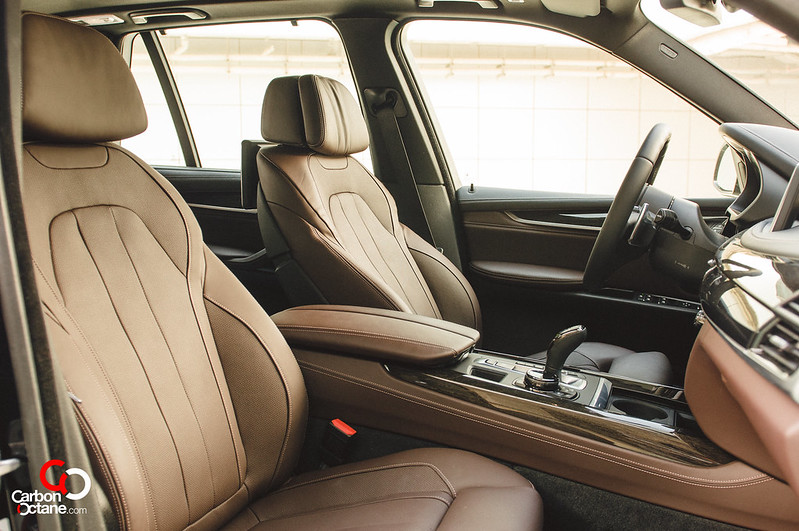 The Harmon Kardon surround sound system was one of the best I’ve head in any car, not that the previous X5’s didn’t have a good system, but there was something different about this one. The bass and higher frequencies were modulated very well and it provided for a pure aural bliss. 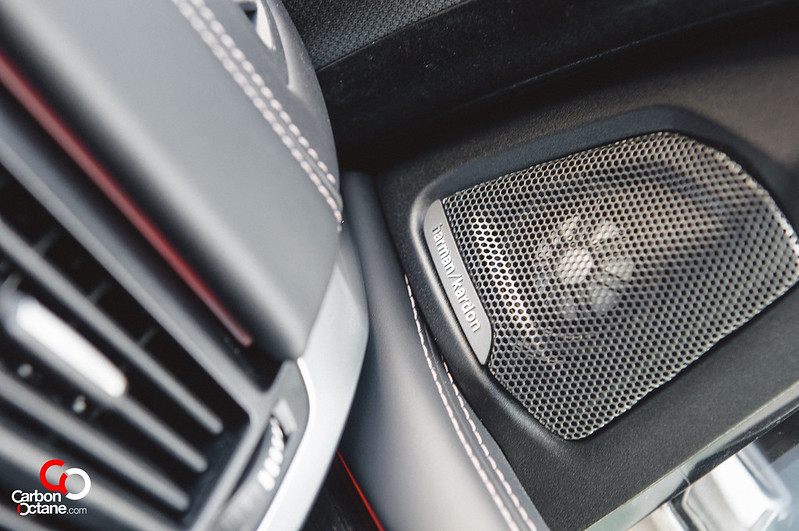 Finally the one thing that I miss about my old X5 was its power and the way the power was delivered to the ground. But this one raised the bar ten folds. BMW’s claim of reaching 100kmph from standstill is 4.9 seconds, that’s just 1 second off from Audi’s RS6/RS7. This is very fast indeed and definitely much faster than most of the cars out on the road today. Gone are the days when grocery runs in an SUV was boring, times have changed my friends. And now the packages are getting more and more all rounded. The X5 can provide for quick thrills as well as take the family out for long cruises. There are different modes as well such as Eco which turns off the engine and A/C compressor when not needed and slurps gas through collapsed straw to the full blown Sport + which is the magic word for instant grin on anyone’s face, passengers included. 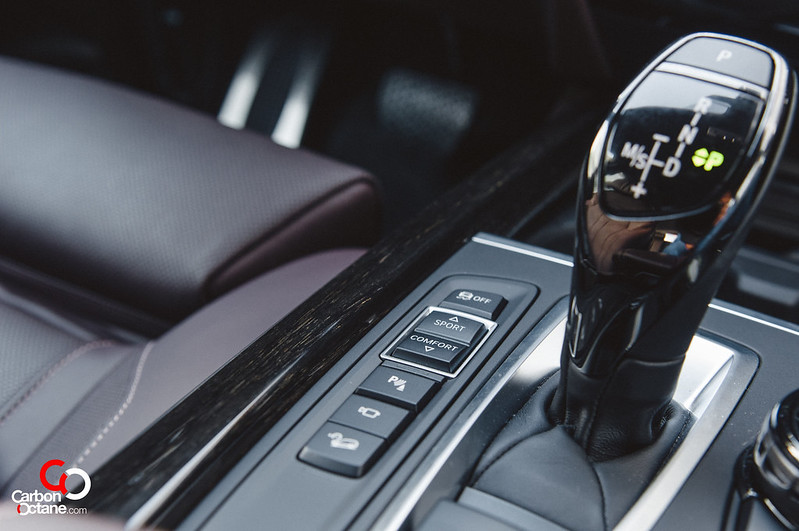 BMW has marketed the new X5 well. Their slogan “The Boss is Back” holds true, the only true competitor to this would be the Porsche Cayenne Turbo and the Range Rover Supercharged. But we are quite confident that the new X5 has the right ingredients in its favor to sway the vote onto its side.

Images shot by Arnab Saha and special thanks to Samantha Sabah for her help with the shoot and Brian Donegan for post processing :