How many of us still reminiscence about Miami Vice whenever we see a white Ferrari? The 80′s fashion statement has been best preserved by Don Johnson and his white Ferrari Testarossa and this style statement has been forever implanted into the minds of those born around that time, myself included. So it was a breath of fresh air when Marios Chailis sneaked around our photo-shoot with his gorgeous white 599 GTB.

Marios Chailis and his Ferrari 599 GTB

Arnab : What made you zero in on the 599? Was it something you’ve always wanted or you just got lucky with a good deal. Who was the past owner, any history behind the car?

Marios : The 599 was one of those cars that always got my attention whenever I saw one driving past or parked somewhere. There is a certain appeal to the Pininfarina design that makes the car look stunning yet powerful and dynamic at the same time. I also knew that if I was ever going to buy a Ferrari it would be a GT model as they are much more spacious and comfortable than the sports cars. The V12 in the 599 was also a big part of my decision, it’s a piece of art. When I started looking around there were several cars available on the market, I looked at most of them, some were not taken care of properly and you can see a lot of wear and tear on them even though the mileage was low. I decided against European and American imports and only looked at GCC cars; I also wanted a more recent example and not one of the earlier ones, so I didn’t look at any car that was made before mid 2009. That narrowed it down to two cars, I had both of them checked out by Ferrari and picked the one that was in the best possible condition. Surprisingly the exterior color was not a factor in my decision; I think the 599 looks great in many different colors but I preferred either White or Black. 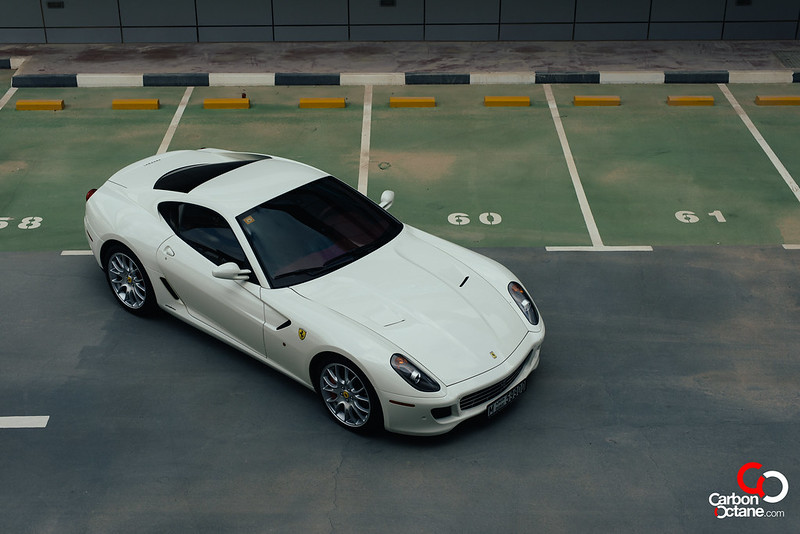 Arnab : How is it to drive it around Dubai? Do you get a lot of attention?

Marios : The car is great to drive around Dubai and gets a fair amount of attention especially while accelerating as the noise is what gets most people excited. Luckily, you don’t get the crazy or extreme attention that some other cars get. The car is more restraint and elegant rather than all out “in your face” supercar. Let’s not forget that we are in Dubai and exotics are a fairly common sight here. 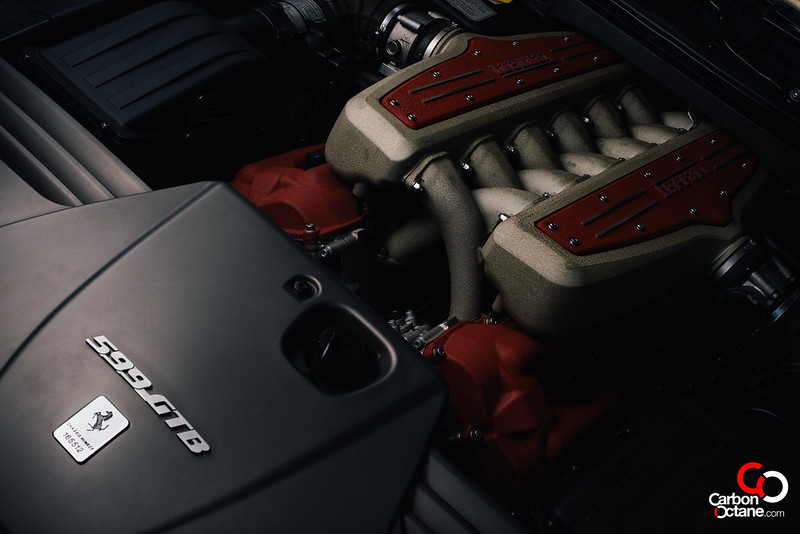 Arnab : Any reliability issues so far?

Marios : The car has been pretty reliable so far. I have had a couple of minor issues with the fuel pump a while back and had to take it to the Ferrari service center where they replaced the faulty part. Getting any work done at the dealership is not cheap but I guess it’s the price you have to pay if you want to keep the car in top shape. The engine and gear box appear to be bulletproof, it’s one of the reasons why I chose the 599. I did a fair amount of research online and spoke to a lot of people who know a lot about Ferrari and they all said that the 599 is a very well built car that didn’t have a lot of the reliability issues that previous models used to have. 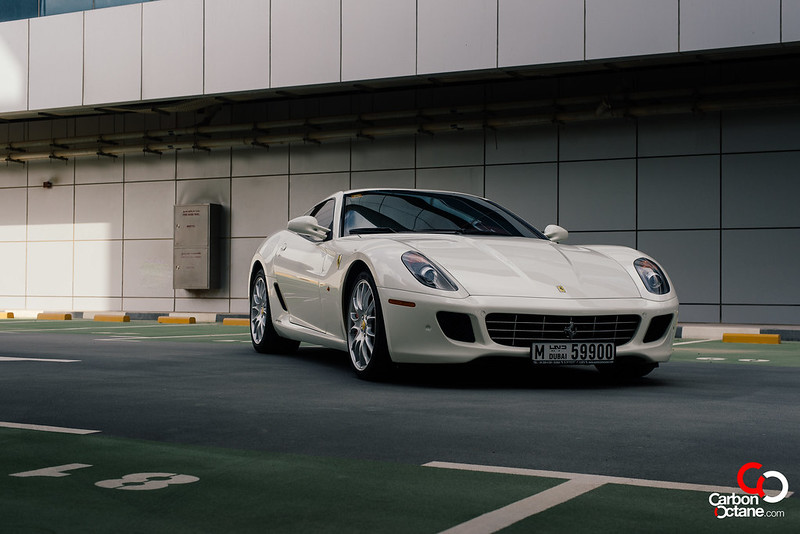 Marios : I would like to keep it as stock as possible right now but I have been playing with the idea of possibly changing the exhaust to a Capristo Twin Sound Exhaust just to give the car a bit more sound. The extra 34+ horsepower that you also get is a nice bonus. This system comes with a valve remote control so if I need to car to be more quiet I can press a button on the remote and automatically close the exhaust valves. A friend also suggested doing a foil wrap of the roof in dark grey, similar to some of the 599 GTOs. I am warming up to that ideas as well and if I go for it will probably do both at around the same time. 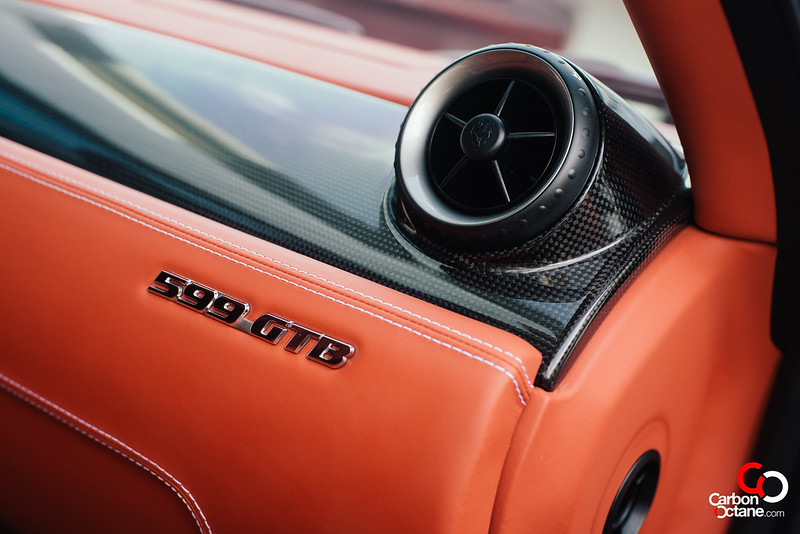 Arnab : I believe you mentioned that the 599 was your daily driver? You said something about enjoying the car rather than it being sitting pretty in your garage.

Marios : I try to drive it as much as I can and not just keep it in the garage to look pretty. I drive it to work almost every day, I pick up my daughter from school and even use it to go to the supermarket if I need to pick up a few things. The car is very easy to drive, even at low speed; it’s spacious enough inside and quite comfortable. It handles speed bumps very nicely and at low speeds the exhaust is not loud so the overall driving experience is relaxed. The car can give you anything you ask of it. If you want loud and fast you just put your foot down, if you want comfort and quiet it can do that as well. I only drive a different car if I need to carry more people or go somewhere where there is no parking. 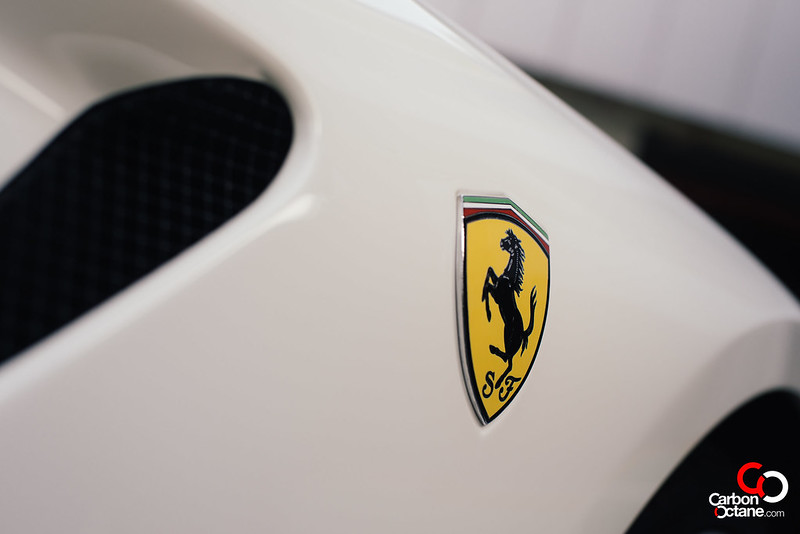 Arnab : You also have a few cars lined up, some already ordered. What do you have currently?

Marios : I am a big car guy and there are many cars of different types that I really like but there are a couple of car brands that I absolutely love that I always get me excited about their products. Land Rover is one of them, over the last few years I owned a first generation Freelander Sport 3-door, Discovery series II and two Range Rovers. I currently have a new Range Rover on order with Al Tayer but the delivery is still many months away. I also own a Mercedes ML that I recently got to replace my wife’s Porsche Cayenne. I actually sold my last Range Rover when I got the 599 so we decided to get the ML and use it as a family car in order to have something a bit more spacious than the Cayenne. Other current cars include a BMW 3 Series coupe, BMW 7 Series and interestingly a Skoda Yeti which I bought to use at my holiday home. 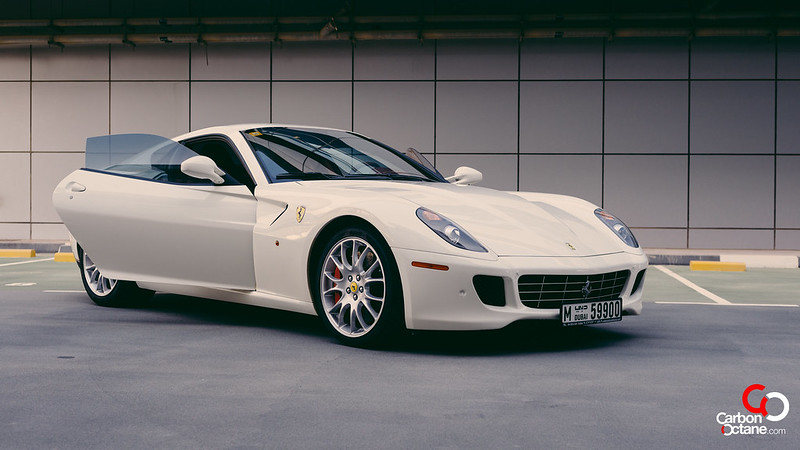